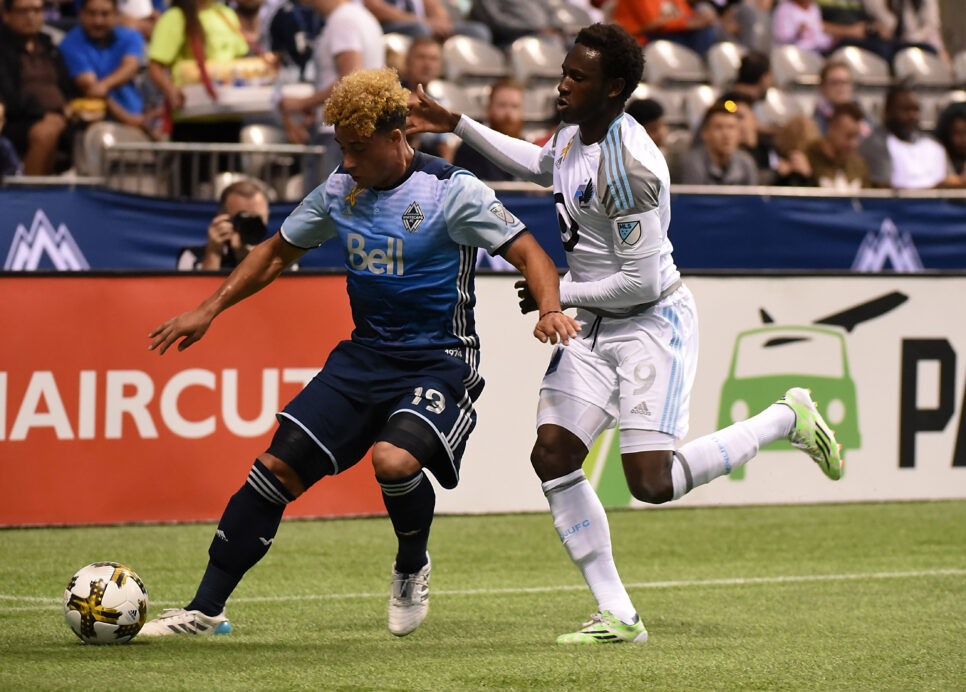 The Vancouver Whitecaps are very much in the mix for the top spot in the West, and Wednesday’s beatdown of Minnesota United only furthered their case.

A trio of different goalscorers led the way for the Caps in a 3-0 beatdown of visiting Minnesota United on Wednesday night. The win puts the Canadian side on top of the Western Conference table despite having games in hand.

It took just five minutes for Yordy Reyna to open the scoring. The Peruvian ran into space and rocketed home a cross from Marcel de Jong, sealing an early advantage the Whitecaps would never relinquish.

Erik Hurtado followed it up with a goal of his own in the 31st minute, poking home a cross from Brek Shea. To cap things off, Shea got on the scoreboard himself in the 88th minute, scoring on an assist from Fredy Montero to seal a lopsided win.

The Whitecaps now look ahead to a match against the Columbus Crew this weekend while Minnesota United hopes to play spoiler against the Montreal Impact on Saturday as well.

Brek Shea was all over the place on Wednesday night as he provided a goal and an assist in the straight-forward win.

It didn’t take long for the Whitecaps to assert their dominance, as Yordy Reyna’s opener showed that Wednesday’s match was only going to go one way.

It was one to forget for the Loons, especially defensively as the whole unit struggled throughout the match. Ismaila Jome’s struggles were the most obvious in a Loons lineup that was heavily rotated and shorthanded.