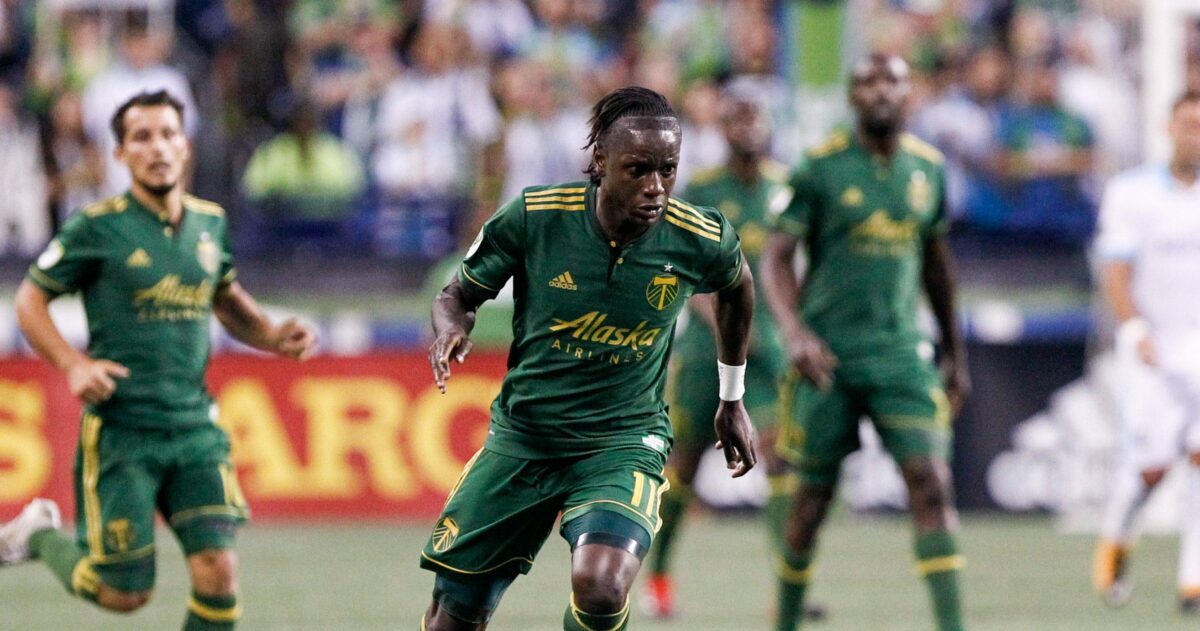 Diego Valeri is earning all of the plaudits for the Portland Timbers, and they’re most certainly deserved. With Fanendo Adi out of action, the Argentinian star has stepped up in a big way, scoring seven goals in as many games to lead the Timbers to the top of the Western Conference.

All season long, Darren Mattocks has served as valuable depth for the Portland Timbers. He’s been a super-sub and a spot starter, offering speed and power off the bench when the team needs a change of pace in the attack. But in recent weeks, with Adi out, he’s been tasked with being a main contributor up front after long spells of brief appearances and relative inactivity.

Mattocks provided just a single goal in his first 15 appearances this season, and it came all the way back in March. But, over the past four games, the Jamaican forward has contributed a goal and two assists, helping push the Timbers to a four-game unbeaten run.

“If and when we use him, he’s a dynamic player,” Timbers boss Caleb Porter told SBI. “He asks different questions out of the opponent than a guy like Adi. It’s difficult for an opponent to manage the differences if we start a different guy. What you train for with Adi is different than what you train to deal with with Mattocks. Those variations cause problems.”

“It doesn’t matter who’s up front,” Mattocks added. “Whoever is up front and is playing has to do a job for the team, and I think I’m doing that.”

He certainly did a job on Saturday, creating the sequence that led to the Timbers’ 1-0 win over New York City FC. Mattocks’ workrate and pressure knocked Andrea Pirlo off the ball while giving the Jamaican a free run at goal. With Valeri open in the center of the box, Mattocks slid a pass his way, leaving Valeri with an open shot on goal for the decisive finish.

It was the latest play made by Mattocks throughout his recent run of form, but that run of form actually began back in July. Mattocks fired a pair of goals for the Reggae Boyz throughout this summer’s Gold Cup, helping lead Jamaica to a spot in the final against the U.S. Men’s National Team.

Mattocks’ goals came in the group stage, but his role continued right on through the knockout rounds. The forward started all three of Jamaica’s knockout round matches, including the final, which saw the USMNT edge the Reggae Boyz on a late Jordan Morris goal.

“Coming off the Gold Cup, he looked very hungry,” Porter told SBI. “He had a great tournament. I always think you can use those opportunities with the national team as stepping stones for the club.”

“Most definitely. Going to the Gold Cup, playing regularly for Jamaica, that got my confidence up, got my fitness up,” Mattocks added. “It was perfect timing to get in a team and play some games. We obviously did really well, and now I just need to keep it going.”

If he can keep it going, the Timbers will be in a good place. Adi continues to recover from a hamstring injury, one that has kept him out of the Timbers’ last five matches. With the postseason looming, the Timbers can’t afford to rush him back onto the field and risk losing him for what the team hopes could be another postseason push. When Adi does return, Mattocks likely heads back to the bench but, until that point, he’s the guy.

There are just five games remaining for the Timbers and, currently in first out West, an opening round bye is certainly within reach. To get there, Mattocks may need to provide one or two more big plays while building on a strong run of form that has seen his team jump to the top of the pack.