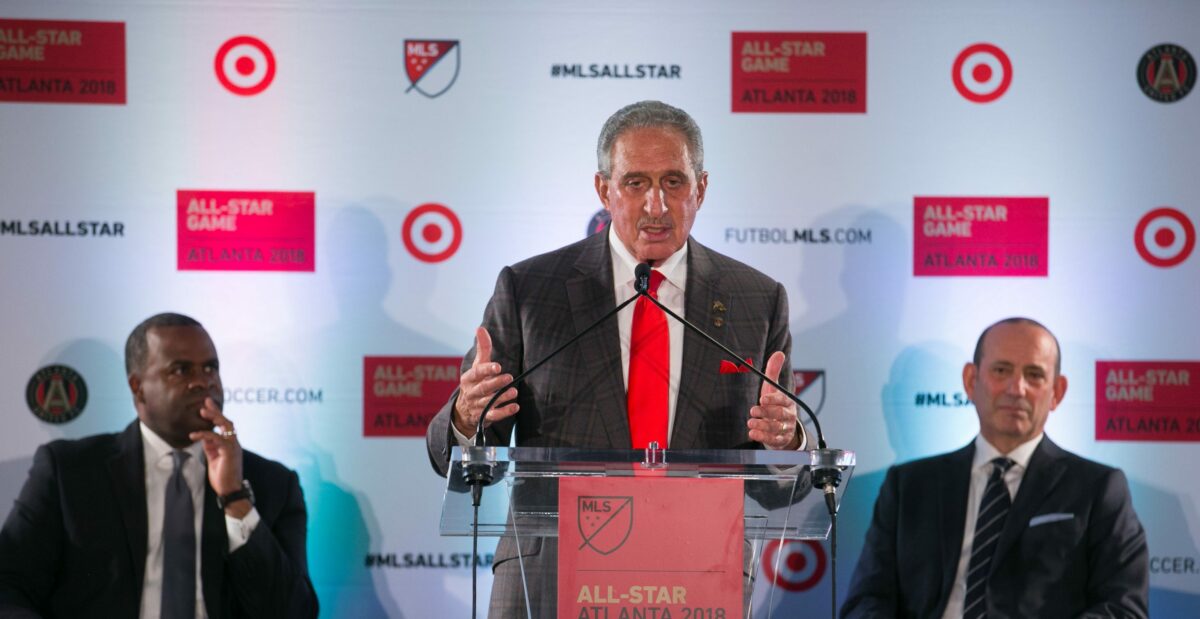 Atlanta United set several attendance records throughout their debut season, officially marking Atlanta’s status as a premier soccer city. Now, the city will get a chance to host the annual MLS midsummer showcase.

Following several reports and rumors, Atlanta was confirmed as next summer’s All-Star Game host, scheduling what should be yet another big match at Mercedes-Benz Stadium.

“I can say without any hesitation that the launch of this team is one of the most, if not, in my opinion, the most impressive and successful expansion team launches in professional sports,” commissioner Don Garber said. “The way this team has captured the hearts and minds of this city and entire region has everyone in sports feeling great about the endless possibilities of what sports can do in a community.”

Atlanta United sold over 36,000 season tickets in 2017 while averaging a total of 48,200 fans per match, an MLS record. In addition, the club set an MLS record for largest attendance at a single match as a total of 71,874 fans showed up on Sunday for the club’s match against Toronto FC.

Those numbers make Atlanta a viable All-Star Game host in the brand-new Mercedes-Benz Stadium. While there’s still much to shake out in terms of opponent, owner Arthur Blank is confident that Atlanta will continue to be one of the league’s best heading into 2018.

“If there’s one group that deserves the biggest round of applause from my heart, my wife’s heart, our family’s heart, from Atlanta’s heart, and the mayor’s heart is the Atlanta fans,” Blank said. “To set all these records in our first year is a great tribute to this great city, a great tribute to the sport, a tribute to our fans, it creates a great environment that all our players and coaches love playing in.

“So I want to thank all of Atlanta and all our fans for giving us that kind of success this year. It’s not only on the pitch, it’s off the pitch, it’s in the community, it’s in every sense of the word.”

Still, the All-Star game is still several months away, and Atlanta United still has business to take care of. The club is set to face to Columbus Crew on Thursday in the club’s first ever playoff match as Atlanta United became the first expansion side since the Seattle Sounders to reach the postseason in its first year.

For that match, Blank and co. will expect yet another raucous crowd as the club looks to continue to set records throughout its debut season, one which could very well end with a run towards MLS Cup.

“We’re honored, we will not let you down,” said Blank. “We will continue to play hard during the playoffs. We look forward to being a host here in 2018 and fulfilling all the dreams we’ve had in this stadium.”