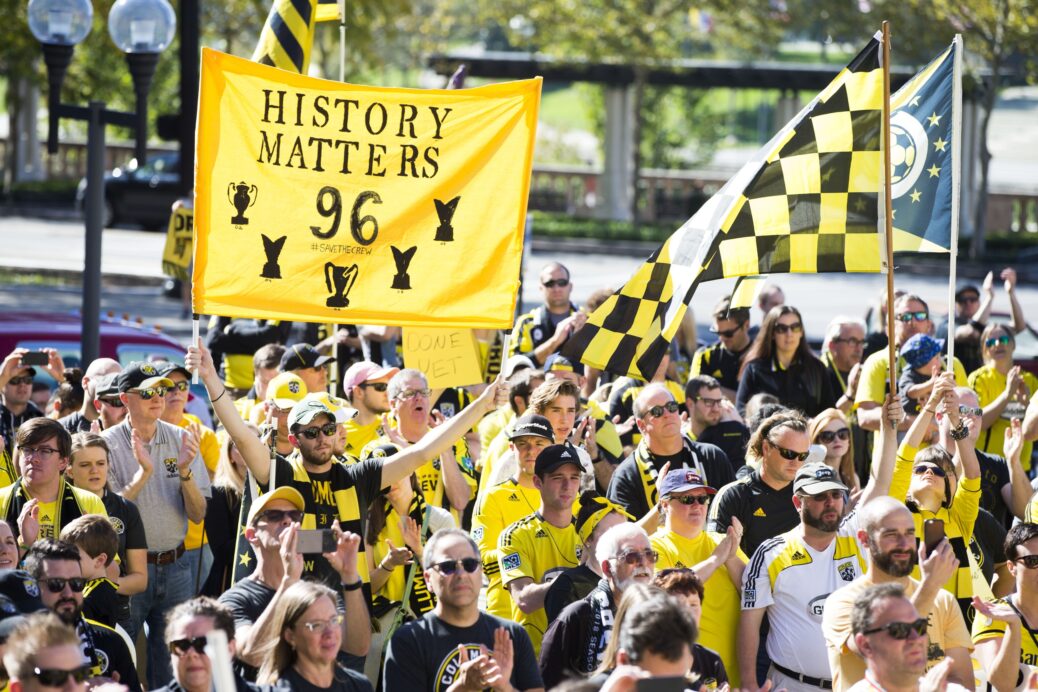 As the Columbus Crew prepare for their Eastern Conference knockout round game against Atlanta United on Thursday, the movement off the field to keep the club in Ohio is continuing.

Mayor Andrew Ginther and president and CEO of the Columbus Partnership Alex Fischer released a joint statement on Facebook on Tuesday with a progress report.

Crew owner Anthony Precourt and MLS commissioner Don Garber have been contacted to have face-to-face meetings about the hardships of the situation.

“We are resolved to do our part to keep the Columbus Crew SC in Columbus,” the statement said. “Over the weekend, we made contact with Columbus Crew SC owner Anthony Precourt and MLS Commissioner Don Garber. We reiterated our views to each very directly and have requested in-person meetings with both to discuss options for keeping the team in Columbus. They have agreed, and we expect those meetings to occur over the coming weeks.”

The statement praised Sunday’s “Save the Crew” rally and the efforts made around North America to support one of MLS’ original franchises.

“Sunday’s rally says it all about our great city, players and fans,” the statement read. “We are amazed at the encouragement we’ve received from you – and from Major League Soccer fans across the country – in support of Columbus and our efforts to keep Columbus Crew SC in our city. We appreciate all of the backers who recognize Columbus’ rightful place in the history of the MLS and U.S. Soccer.”

However, until the meetings take place, all those in Columbus can do is play the waiting game.

“Until those meetings take place, we don’t expect to have anything new to report,” the statement said. “We will keep our public comments focused on cheering on our beloved Columbus Crew SC during the playoffs.”