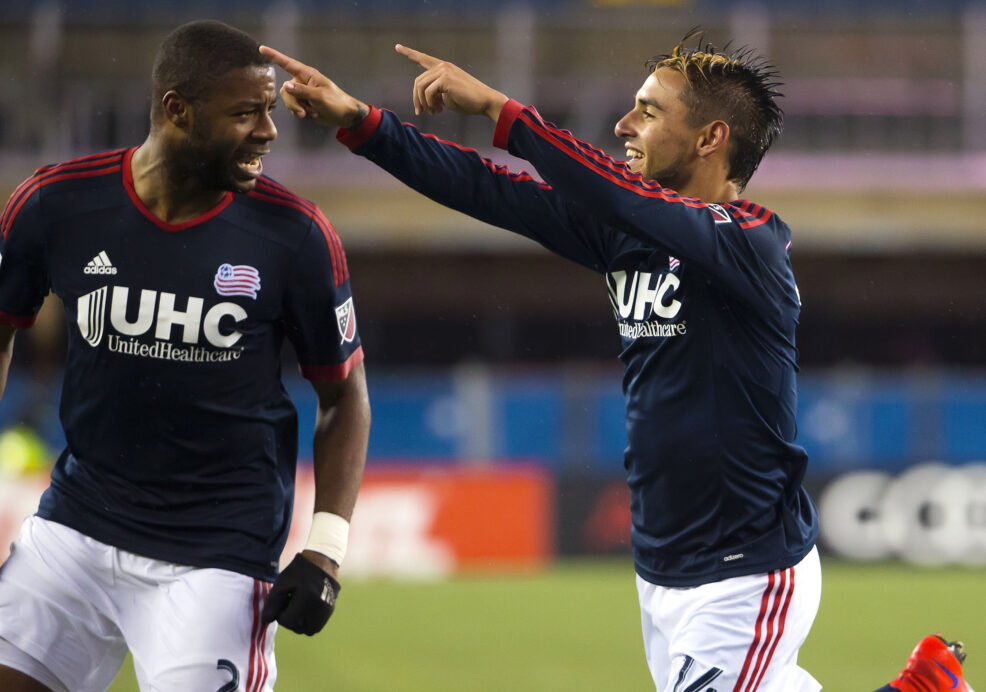 FOXBOROUGH, Mass. — Although the New England Revolution’s season will end in disappointment after being eliminated from playoff contention last weekend, the Revs have been one of the best home teams in MLS.

On Sunday night, the Revolution pocketed their franchise record 12th home win, thanks in part to a 26th-minute red card to New York City FC’s Jack Harrison and a brace from Diego Fagundez to lead the hosts to a 2-1 victory.

Fagundez finished a golazo into the upper right corner from over 20 yards out to send the Revs ahead in the 51st minute and then he got the rebound off his own shot in the second minute of second half stoppage time to seal the win.

New England gained a man advantage less than a half hour in after Harrison lost possession and then went in with a two-legged challenge against Teal Bunbury, resulting in his first career red card from referee Nima Saghafi.

Recent Revs acquisition Kristian Nemeth ran onto a deflection in the box in the second minute of first half stoppage time and forced NYCFC keeper Sean Johnson to parry it away in the opportunity in a quiet first half offensively.

Andrew Farrell made a great cut inside from the right wing and centered to Fagundez to put the home side ahead six minutes into the second half.

Fagundez nearly doubled the lead with a breakaway opportunity in the 64th minute, but missed wide right. Two minutes later, he put a shot on frame.

With the Revs up 1-0 late, Nguyen cut the back to Fagundez for a shot from 15 yards out, and he followed up after a kick save by NYCFC defender Alexander Callens to finish into an open net.

Alexander Ring sent a ball over the top quickly after the restart and substitute Khiry Shelton beat Revolution keeper Brad Knighton to the ball to head it in and cut it back to a one-goal game.

The Revs (12-15-6) conclude their regular season next Sunday on the road against the Montreal Impact, while NYCFC will host Columbus Crew SC.

NYCFC (16-9-8) failed to clinch the second seed in the Eastern Conference, but still have their destiny in their own hands, up a point over the Chicago Fire and two over Atlanta United FC entering the final weekend.

Johnson made a season-high 8 saves in goal for NYCFC.

It was a big match for Fagundez, who hadn’t scored in 16 games after a strong first half of the season. The 22-year-old was dangerous all night, upping his scoring total on the year to six goals to match his output the previous two seasons. Fagundez tied Kei Kamara with a game-high four shots on goal and announced afterward that he’s expecting his first child.

While Fagundez’s second goal ended up being the winner, his first was one of the highest quality finishes of his career and showed the Revolution that they could beat Johnson on a night when the NYCFC keeper was brilliant.

Harrison was active in the opening minutes, getting off NYCFC’s first two shots of the game, so he was playing decently up until his ejection. However, there’s no getting around that Harrison’s red card crippled NYCFC the rest of the way as they had to pack it in and never really threatened to score a goal.