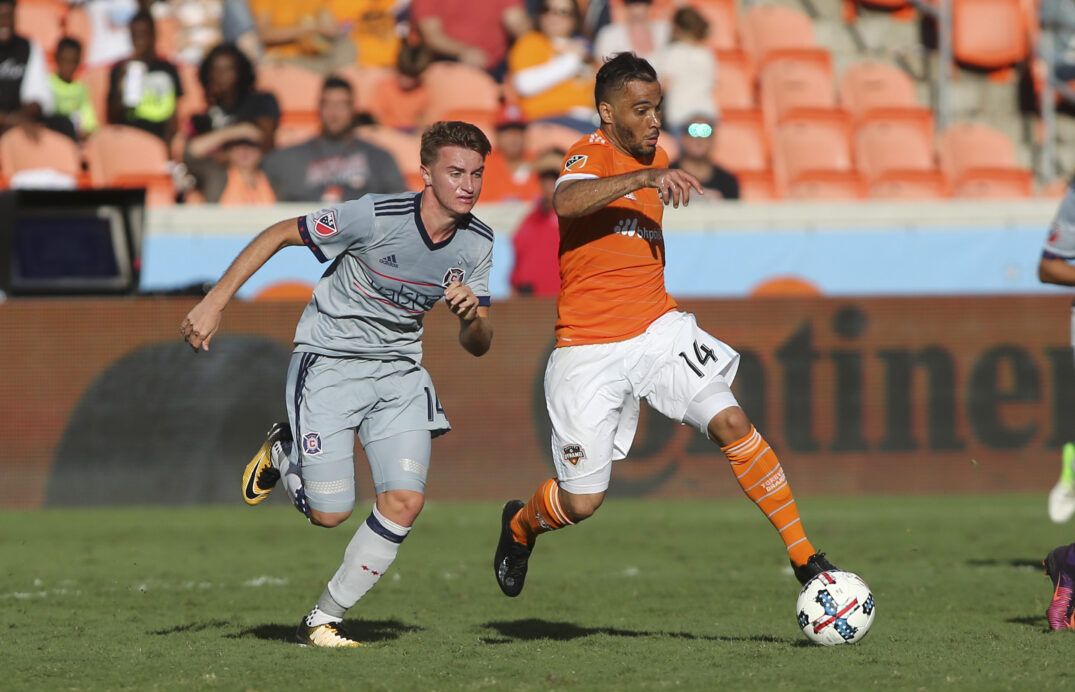 The Houston Dynamo may have only been playing for seeding, but they came out and smashed the playoff-bound Chicago Fire to give themselves a home match in the knockout round of the MLS Cup Playoffs.

Goals from Leonardo, Romell Quioto, and Mauro Manotas gave the Dynamo a dominating 3-0 victory over the Fire. Thanks to the wi,n and Sporting Kansas City falling to Real Salt Lake, the Dynamo will host SKC at BBVA Compass Stadium on Thursday.

Houston wasted no time getting started. Leonardo got his head to a long throw from Adolfo Machado after only 80 seconds to open the scoring.

It took a little longer for the Dynamo to find their second. A quick counter attack in the 68th minute ended with Quioto trickling a shot through Richard Sanchez in the Chicago goal.

Manotas added the finishing touch on the 3-0 score seven minutes later by finishing an Andrew Wenger pass from point-blank range.

Chicago’s best chance came after the match was decided. Nemanja Nikolic failed to add to his league-leading goal total, but he nearly did in the 85th minute with a long-range shot off the post.

With the win, the Dynamo leap into fourth place in the West to earn home field for a knockout round match against Sporting Kansas City.

Chicago meanwhile, remains in third place in the Eastern Conference, unable to climb above New York City FC for second. They will welcome the New York Red Bulls to Toyota Stadium in midweek for their knockout round match. Despite not scoring, striker Nikolic walked away claiming the MLS Golden Boot with 24 goals on the season.

Defender Leonardo did everything for the Dynamo. He scored his second goal of the season and was a huge force in the back line that maintained a clean sheet against the league’s top scorer.

Chicago was hanging around for much of this match despite conceding early, and it wasn’t until Quioto’s goal that Dynamo fans could begin to feel comfortable.

Richard Sanchez will want Quioto’s goal back as he really should have held onto the really weak shot that ended up bumbling through him and over the line.