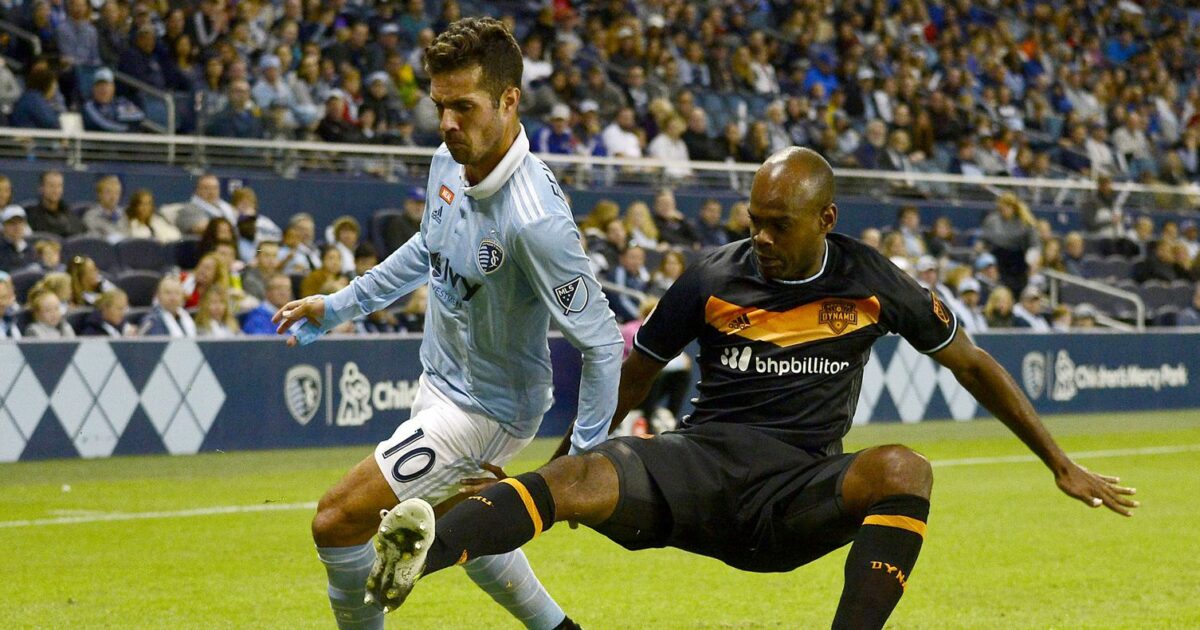 No goals went in, but the Houston Dynamo and Sporting Kansas City are both headed to the MLS Cup Playoffs.

SKC may have launched 27 shots, but only seven were on target and none beat Tyler Deric in the Dynamo goal as these two played out a scoreless draw at Children’s Mercy Park.

The Dynamo were quite content to let Sporting control the run of play as they fell behind in the possession battle 69%-31% by the end of the match. This is how Sporting KC was able to launch so many attempts at goal.

Their first excellent chance came from Graham Zusi in the 11th minute when he hammered a shot from long distance that sailed barely wide. The U.S. international gas another potentially great moment with a 34th minute free kick that he smacked off the crossbar.

Daniel Salloi had a pair of great chances as well. He had a strong turn around shot in the 40th minute that caused a little trouble for Deric and another hard shot from close range in the 75th.

In the end, nothing troubled Deric all that much and he kept his clean sheet amidst the barrage of SKC attacks.

Houston didn’t create much on the night as a whole. Their best chance of the game came courtesy of a hard cross from Alberth Elis, who had a go from about the penalty spot in second half stoppage time, but Andre Dykstra was up to the challenge.

Sporting seals a playoff spot for 2017, but the single point hurts their chances at earning a first round bye. They now will need a win over Real Salt Lake on the road while hoping the Timbers and Sounders both lose next Sunday.

Houston, meanwhile, is locked into a knockout round match as they return to the playoffs for the first time since 2013. They end their season at home agaisnt the Chicago Fire, aiming to finish as high as third place if other results go their way.

Tyler Deric was a wall in the Houston goal as he faced a relentless attack from the home side. He made seven saves as he withstood the onslaught of more than two dozen SKC attempts.

Deric got to Benny Feilhaber’s pen header in the 58th minute to keep this game scoreless.

The entire SKC attack will look back on this match and wonder how they didn’t score. Diego Rubio, in general, will want his 75th minute shot off the woodwork back. Or perhaps he would like to replay the 90th minute header he got from ten yards out.