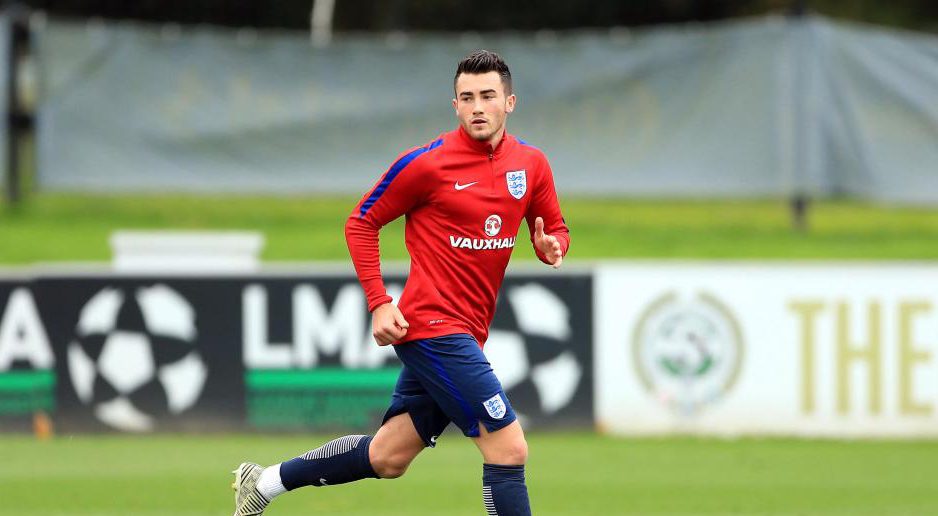 Jack Harrison is an England international.

In his first call-up to the England U-21’s, the Stoke native proved that he belonged as a player and a person. These were not Harrison’s assumptions following a nine-day camp that included European qualifiers against Scotland and Andorra – they were the exact words of the England manager, Aidy Boothroyd

“To hear that at the end of camp was really encouraging,” said the New York City FC winger.

A product of the Manchester United Academy, Harrison moved to the U.S. at the age of 14, enrolling in the Berkshire School in Massachusetts followed by a one-year All-American campaign at Wake Forest University. A unique conduit, it is the first time a Major League Soccer professional has been promoted to an England U-21 side.

“I think the path that I’ve taken, I hope it inspires others to realize that there is not just one way to make it to your dreams,” said Harrison. “Coming to America has been the best thing for me. I’ve had no regrets and you can see it has not hindered my development.”

Playing the wing in a familiar 4-3-3 shape, Harrison’s international debut came in the 88th minute against Scotland while earning a start versus Andorra.

“I think he showed he can compete for a spot with their U-21’s,” said NYCFC coach, Patrick Vieira after watching the two qualifying matches. “He’s in a really good place at the moment. When I look at the game and the players around him I just say, ‘why can’t he go back and play at that level?’ He’s got the talent to do it. Just keep working, even harder than he used to.”

It was Vieira who initially shared the news of the call-up with Harrison – just prior to the match at Toyota Park against the Chicago Fire.

“Patrick said to me, ‘I’m really not supposed to tell you this before the match, but you’ve been selected for the U-21’s,” said Harrison. “I was like, what? I had to compose myself. I tried to call my mom (Debbie) but she wasn’t answering and that didn’t help either. She finally got to me and wondered why I had called so many times. I told her about the U-21’s but I couldn’t talk because I had to go warm up for the game.”

After some travel issues which included a missed flight and a personal outlay of nearly $2,000 to get to St. George’s Park, Harrison noted a moment that eliminated the anxiety and exhaustion.

“As soon as I go there I opened my hotel door,” he said. “It said Jack Harrison with an England badge on the front of the door. That struck me as the moment that I’m actually here.”

Harrison stepped onto the training pitch, aware that he was competing with a group that had won the U-20 World Cup together last year. He was astonished to learn that his new mates were titillated by the American experience.

“I was really surprised because a lot of guys were asking me a lot of questions about America and the MLS,” said Harrison. “They were much more intrigued than I thought they were going to be.”

Harrison’s first match back in the U.S. ended after 26 minutes when he was issued a red card in a 2-1 defeat at New England. On Tuesday, the club was delighted to learn the red card had been rescinded by MLS. He will be available for the regular season finale versus the Columbus Crew.  His motivation now is the MLS Cup with a self-assurance that he fits in at the international level.

“I was expecting to struggle a little bit or be behind some of the guys,” said Harrison. “I actually surprised myself, I wasn’t behind at all. If anything I was right there with the guys. I always wondered where I would be in comparison to other people in my age group in England and throughout Europe. It was nice to come to a realization.

“Now, I want to win something here with this club.”