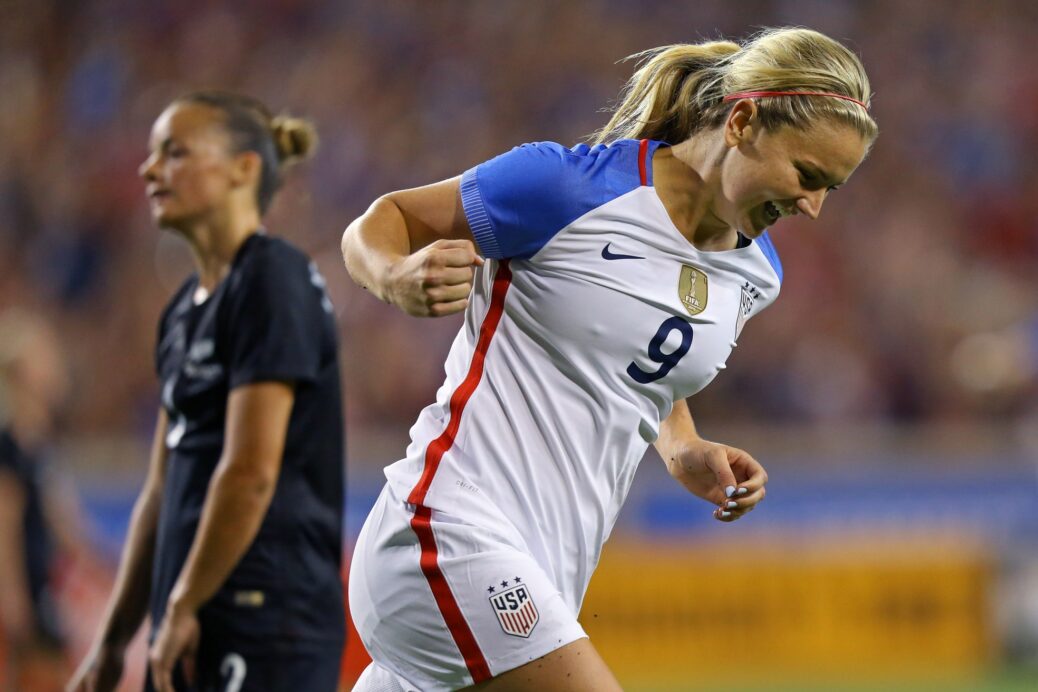 Lindsey Horan became a title winner for the first time in her career last Saturday when the Portland Thorns lifted the NWSL Championship trophy. The midfielder also collected an individual prize of her own, earning MVP honors on the day after scoring the game’s lone goal and dominating the midfield. It was the performance of a player who has never been more certain in her abilities.

“This year with Portland has really given me more confidence,” adding that Thorns coach Mark Parsons has challenged her, leading to her earning a bigger role with her club team, eventually resulting increased responsibility with the national team. “I have to be confident,” she said. “I have to know that I can be trusted in [the midfield] and I can handle myself.”

She was not always a master of the midfield, though. She began her professional career at Paris Saint-Germain as a forward, switching into the role full time less than two years ago. It was U.S. Women’s national team head coach Jill Ellis who facilitated the permanent change right before a friendly against Trinidad and Tobago in December 2015, at the end of the USWNT’s World Cup victory tour.

As Horan described it, Ellis said, “I’m going to try you at the eight,” and then asked the player herself how she felt about it. “I’m fine with it,” Horan said, grabbing the opportunity with both hands. The move kick-started her national team career, participating in last summer’s Olympic games, made her an invaluable player in the NWSL, and has begun her ascent to becoming one of U.S.’ next great attacking talents.

Though she is happy to play in any position a coach asks of her, as evidenced by her recent deeper role with the Thorns, she prefers an advanced role in the midfield above all else.

“I do think I’m better as a midfielder, more of a 10, trying to get on the ball more and trying to create,” Horan said.

It may be the best year of her career. Horan will put that down to her increasing confidence.

“That’s when I play at my best,” Horan said, though she was quick to admit that there is room for improvement.

“Nothing’s even close to perfect at this point,” Horan said. At the top of the list of improvements is being more of an impact player. “I want to be that player that teammates can look at to help the team produce things and impact the game in any way I can.”

Horan’s rise may have been an unpredictable one, but it is down to her finding her best position. Almost two years later, there is no denying that the tinkering of Ellis worked out well.

“I’m so happy she gave me that opportunity to come back and play there,” Horan said.