MLS Decision Day: A Look Ahead 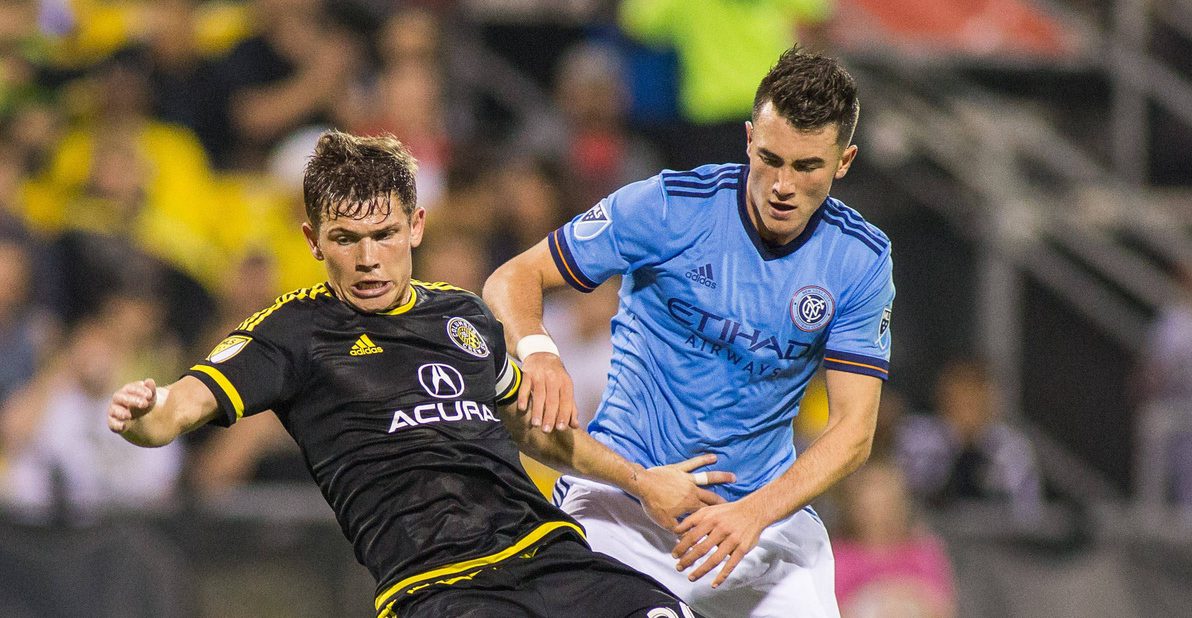 The long marathon that is the Major League Soccer regular season comes to a conclusion on Sunday.

Eleven matches will be played simultaneously at 4 p.m. ET with plenty at stake in each conference.

The six teams already locked into the Eastern Conference are jockeying for seeding, while seeding and the sixth playoff team will be determined from the Western Conference games.

Here’s a look at each of the 11 Decision Day matchups:

In a month’s time, this might be the star-studded Eastern Conference Final we all are drooling over, but it won’t be that way on Decision Day.

Sunday is all about getting through 90 minutes unscathed for the Reds, while the Five Stripes are looking for their first win since September 27 to better position themselves for a postseason run.  With second place within reach, and fifth place a possibility with a loss, Atlanta United has much more riding on this one than TFC.

The final game at RFK Stadium means nothing to the standings, but it carries every ounce of sentimental value.

Red Bulls boss Jesse Marsch has already said he’s resting players ahead of the knockout round. D.C. is looking to end the season on a high note and earn its first Atlantic Cup victory since May 13, 2016.

One of the two meaningless games in the East will be all about playing for pride. The Revolution have taken points from three of their last four games, and with everyone on the roster playing for a position in the 2018 squad when a new boss takes over, it’s imperative they finish strong.

Montreal is stumbling into the offseason. The Impact have lost eight of their last nine games after they appeared to turn the corner and become a contender. Winning the final game of the year will be a small consolation to a disappointing season.

The game that could flip the Eastern Conference on its head will be played at Citi Field. After a wild week in Columbus, the Crew have a chance to secure a home playoff game with a win and some help.

Will the talk of moving to Austin, Texas serve as a distraction for the Crew, or will they ride the form that has them on the league’s longest unbeaten streak?

New York City FC only has one win since September 6, but it still has a hold on second place. A win gives NYCFC the first-round bye the team is desperately hoping for. A loss would not only mean a tougher road to an MLS Cup, it could also mean scrambling for a place to play if the Yankees reach the World Series.

Philadelphia will use its home finale to send off MLS veteran Brian Carroll. who announced his retirement on Thursday. But there’s also a bit of drama surrounding the club after Keegan Rosenberry was suspended for an inappropriate tweet.

Orlando sent off Kaka in a loss to the Crew last weekend. A win in Chester would be the third for the Lions since the start of September.

The lone East versus West clash will have plenty of impact on how the seeds are arranged in both conferences. The Fire have won or tied six of their last seven matches, which gives them plenty of momentum heading into BBVA Compass Stadium.

The Dynamo may sit in fifth place entering Sunday, but they could throw a wrench into the West seeding process with a win. Wilmer Cabrera’s side is unbeaten in its last five and has a home record of 11-1-4.

No one could’ve imagined the LA Galaxy being a Decision Day spoiler at the start of the 2017 season. Sigi Schmid’s side has five points from its last three games and is looking to avoid finishing last in the West.

FC Dallas only has itself to blame for the fight its in on Sunday. Oscar Pareja’s men have rectified their form of late, but they are coming off a 4-0 defeat in Seattle. How the team responds in the opening 15 minutes will be crucial with the season on the line, but even a win doesn’t guarantee FC Dallas a playoff berth.

Two old rivals enter with plenty at stake on Sunday. Sporting Kansas City, winless in its last four, can finish anywhere from second to fifth by the time the final whistle blows.

Real Salt Lake put together a remarkable late summer/early fall run to put itself in position to pounce, but it doesn’t control its own destiny. The Claret and Cobalt are 8-4-4 at home, but they haven’t beaten Sporting KC in their last three regular-season meetings.

Even if the Whitecaps don’t win on Sunday, they could end up as the No. 1 seed thanks to the wins tiebreaker, but they won’t be playing for a draw against their rival from Cascadia.

Not only would theTimbers take the No. 1 seed away from the Whitecaps with a win, they would claim the Cascadia Cup for the first time since 2012.

On paper, the Earthquakes couldn’t have asked to be in a better position. The Quakes have a weaker opponent coming to town and all they need is a win to qualify for the postseason.

However, Minnesota United has been playing well in the closing stretch of the season with three wins and a draw in its last six games, but the Loons are only 3-11-2 on the road.

Seattle has won two of its last three games to get into the postseason, but with a weak Colorado team coming to town and a bye into the West semifinals on the line, the Sounders will be out for blood.

The Rapids have put together a respectable three-game span, earning seven points from it, but carrying a 1-13-2 road record into CenturyLink Field doesn’t help things.