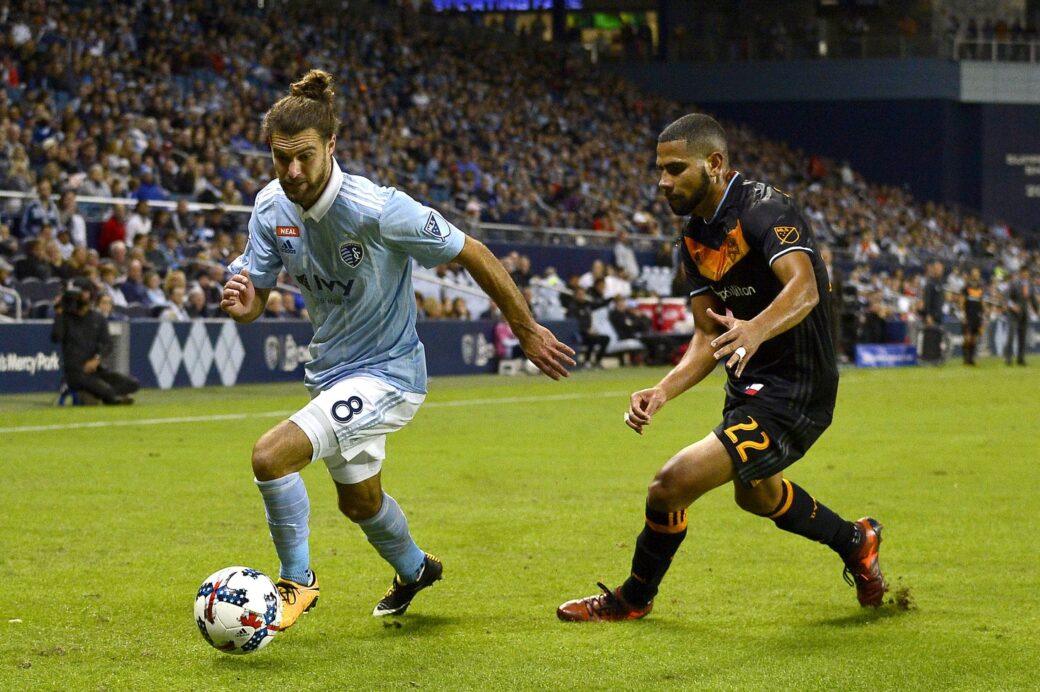 The Houston Dynamo and Sporting Kansas City are no strangers to each other,

Not only did the two sides play twice in October to close out the regular season, they are familiar foes from the postseason as well.

The extra edge of bad blood should help fuel the final contest of the knockout round.

Houston defeated Sporting KC 2-1 on October 11 in the first meeting, and then the two sides played to a 0-0 draw four days later at Children’s Mercy Park.

Houston: Alberth Elis and Erick “Cubo” Torres lead a dangerous attacking corps that will test the best defense in MLS. Torres led the Dynamo with 14 goals in a resurgent year under his old boss at Chivas USA, Wilmer Cabrera. Elis found the back of the net on 10 occasions in the regular season.

Sporting KC: It may not be the sexy pick, but Graham Zusi is the key for Sporting KC on Thursday night. Zusi has adjusted well to his right back role, and if he is able to surge forward and cause trouble in the final third, Peter Vermes’ men will be able to create more chances than expected.

Two of the most underrated players in MLS will square off in the middle of the field. Ilie Sanchez has been one of the best midfield additions in MLS, and he’s one of the reasons why opponents haven’t been able to create a ton of chances against the Sporting KC defense. Alex has gotten lost in the shuffle because of the success of Elis, Torres and Romell Quioto, but he contributed 11 assists in the regular season. The Brazilian has been able to find spaces and set up his teammates. Doing so against a stingy defensive midfielder in Ilie will be a challenge.

Houston: Jalil Anibaba: Anibaba was forced into action at right back after A.J/ DeLaGarza tore his ACL on Decision Day. Now with DeLaGarza out for the postseason, the seven-year MLS veteran will be tasked with silencing the speedy Sporting KC attackers.

Sporting KC: Andrew Dykstra: With Tim Melia still recovering from an injury. Andrew Dysktra will be asked to have a strong game in net in place of the Goalkeeper of the Year favorite. The 31-year-old has given up five goals in four appearances since Melia’s injury, and he hasn’t recorded a victory yet.

Houston has a bit of an edge coming into Thursday night since it took four points from Sporting KC during the back-to-back swing earlier this month. The Dynamo are also in better form, as they were unbeaten in their last six games to end the regular season, while Sporting KC was winless in its last five.

However, Sporting KC has a valuable asset in its experience, especially with Matt Besler and Graham Zusi in defense. Besler and Zusi are big-game veterans and they’ll give Sporting KC a fighting chance. With an offense that only needs one opportunity to pounce with its speed, all the Sporting KC back line has to do is play organized and limit the chances of Elis, Torres and Quioto, which is no easy task.