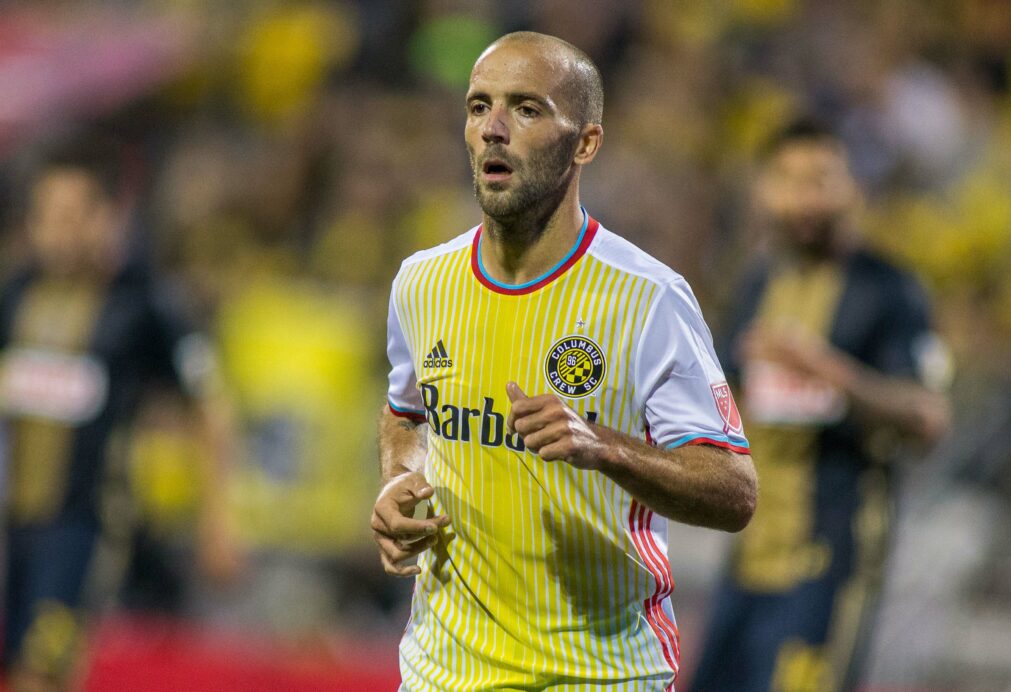 For the last few months, all signs have been pointing to Federico Higuain leaving the Columbus Crew at the end of the 2017 season.

A curveball in the Higuain saga was thrown at us on Tuesday morning, as the Crew announced a one-year extension for the Argentinian playmaker.

“Federico has been instrumental in establishing our style of play over the last four years and played a significant role in helping the club secure playoff berths in three of those four seasons,” Crew head coach and sporting director Gregg Berhalter said. “Federico’s professionalism, character and humility off the field coupled with his undeniable, difference-maker ability on the field, make him one of the greatest players ever to wear a Columbus Crew SC jersey.”

Higuain, who will go down as one of the best Designated Player signings in league history, will remain as a DP on the Crew roster with the extension of his deal.

The Chicago Fire were dealt a massive blow on Monday night, when they revealed forward Michael de Leeuw will be out for the rest of the season with a rupture in his left ACL.

De Leeuw may not be the biggest name on the Fire roster, but he’s been a key part of their attack since joining the club in 2016.

The 30-year-old Dutchman has contributed three goals and eight assists in 2017, with a recent two-assist performance on September 27 against the San Jose Earthquakes.

Iraq may not be playing for a World Cup berth during the international break, but they will still be in action on October 5 against Kenya.

Columbus Crew midfielder Justin Meram was called up for the friendly to be played in Basia, Iraq. Meram has made 24 appearances for Iraq. The Lions of Mesopotamia finished fifth in their AFC World Cup qualifying group with a record of 3-2-5.

MLS continued to expand its reach in Canada with a Monday announcement that Diego Moratorio has been named general manager of MLS Canada.

Moratorio will be based out of Toronto and will work closely with all three Canadian clubs in his new role.

“As a life-long advocate for the game of soccer, I’m honored to have the opportunity to open the Canadian office of MLS,” Moratorio said. “With the profile of MLS, and with the sport at an all-time high in North America, this new chapter in my career comes with enormous responsibility that I embrace. It is a privilege to help take the league and the game to even bigger heights in the years ahead.”