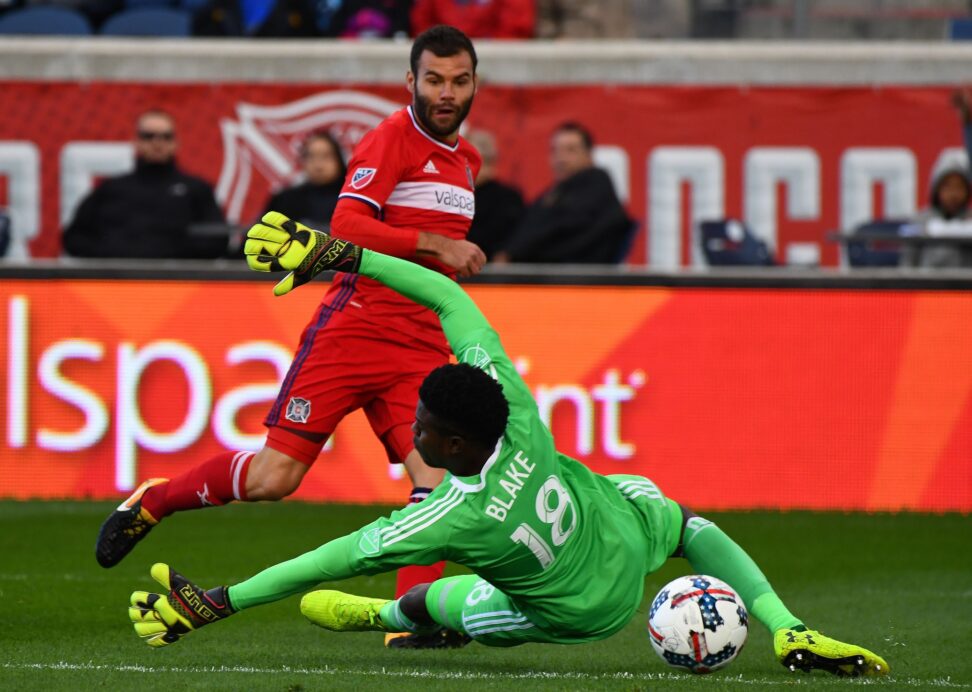 With a home playoff game hanging in the balance, the Chicago Fire’s big offseason signing came to the rescue.

Nemanja Nikolic extended his lead atop the Golden Boot race with a hat trick in the Fire’s 3-2 win over the Philadelphia Union on Sunday.

The trio of strikes from the 24-goal scorer moved the Fire into third place in the Eastern Conference with one game left in the regular season.

The Hungary international opened his account on Sunday in the third minute as he easily skirted past Jack Elliott and finished into the next past Andre Blake.

However, the Fire were not handed three points by the Union as the visitors fought back right away.

An own goal by Johan Kappelhof off a shot by C.J. Sapong equalized the contest in the sixth minute and Alejandro Bedoya’s skillful effort on the right side of the box gave the Union a 2-1 advantage in the 13th minute.

A rare mistake by Rookie of the Year candidate Jack Elliott gave the Fire the opportunity they needed to level the game. Elliott felled David Accam on the edge of the penalty area to set up a spot kick from Nikolic in the 64th minute.

Fourteen minutes after knocking in his 23rd of the season from the spot, Nikolic pounced for his 24th tally as he latched onto a Brandon Vincent cross and beat Blake for the third time.

The Fire have a chance to lock up a home game in the knockout round on Decision Day against Houston, while the Union host Orlando City in their home finale.

Elliott’s conceded penalty in the 63rd minute and Nikolic’s spot kick that followed shifted all the momentum in the Fire’s favor.

Normally a reliable part of the Union defense, Elliott had a brutal day and played a role in letting in the first two Fire goals.