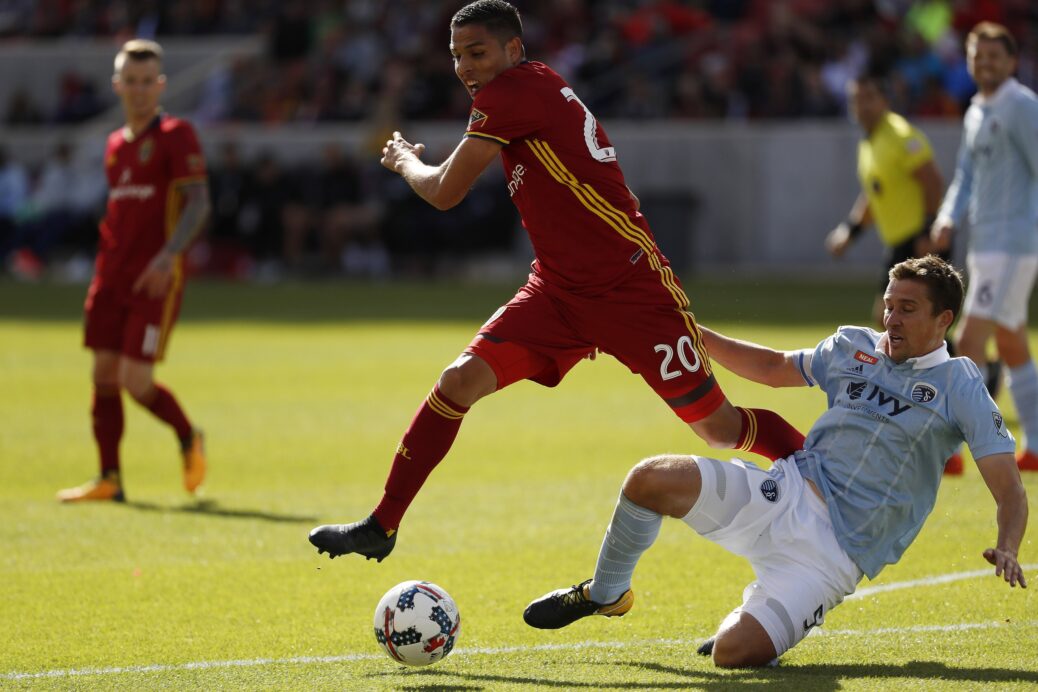 Coming into Sunday’s home date with Sporting Kansas City, Real Salt Lake knew a win paired with other results would see them in the 2017 MLS Playoffs. They did their job, but those other matches didn’t go their way and their season is now over.

Despite a pair of first-half goals and a 2-1 home win at Rio Tinto Stadium, Mike Petke’s side were eliminated from playoff contention following San Jose’s win over Minnesota United.

Luis Silva opened the action in the third-minute, slotting home from inside of the box. It was the forward’s seventh goal of the season, and his first since Aug. 27th.

Albert Rusnak and Brooks Lennon were kept out by Andrew Dykstra which kept the score at 1-0, before Lennon added to the lead. The 20-year-old netted his third league goal of the season, after scoring from a rebound in the 41st-minute.

SKC began creating chances after the halftime break as Diego Rubio and Daniel Salloi both were kept out by Nick Rimando. Jimmy Medranda had the best effort on goal, testing his luck from long range in the 72nd-minute.

Ike Opara managed to pull one back for Sporting KC in the 89th-minute, after heading home Graham Zusi’s cross following a set piece. However, in the 93rd minute, the defender could not replicate his earlier finish, missing a similar chance.

At the final whistle, Real Salt Lake held on for a 2-1 victory to conclude their season. Dykstra made four saves on the win, while Rimando made four in the loss.

RSL (13-15-6) finished in eighth place with 45 points. Sporting KC (12-9-13) finished in fifth and will face the Houston Dynamo this week as they begin their postseason play.

Brooks Lennon earned man of the match honors, scoring what proved to be the winner in Sunday’s 2-1 triumph. Despite no postseason for RSL, Lennon showed good signs for 2018.

After Opara’s goal prior to stoppage time, it looked like SKC would snatch a late point. Opara had a similar chance to to score again but could not find the target.

Latif Blessing was surprisingly quiet for SKC in the 2-1 defeat. The 20-year-old failed to record a shot on goal and was tied for the fewest amount of passes by an SKC starter.