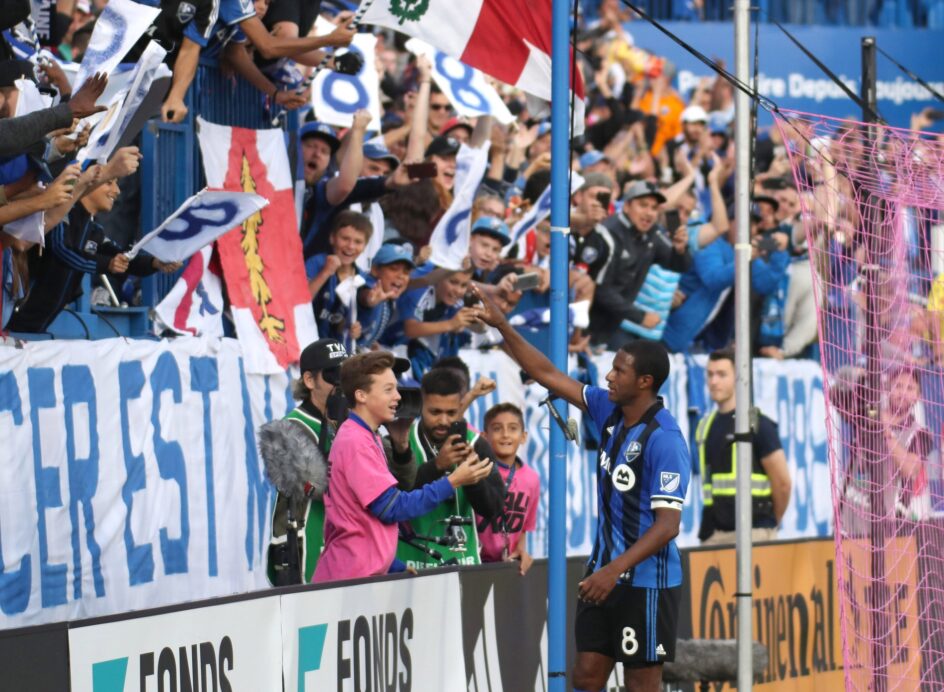 It was Patrice Bernier’s going away party at Stade Saputo but the New England Revolution were not going to give them an easy matchup. With goals from Diego Fagundez, Krisztian Nemeth, and Kelyn Rowe, the Revolution spoiled the party and ran away with a 3-2 victory in stoppage time.

High on emotions, Stade Saputo was thrown a cold shower by Diego Fagundez at the 19th minute. From the left flank, he passed forward to Krisztian Nemeth inside the 18-yard box who’s shot hit the left goal post. Fagundez didn’t stop in his stride, grabbed the rebound and took a shot in an empty net to open the score.

But Bernier wasn’t going to leave his last game without his mark.

In the stoppage time of the first half as Angoua was caught with a hand ball in the box. Bernier stepped up to the spot, kept his cool and sent the ball to the lower right-hand corner to give Impact fans another moment to remember.

One minute after coming back from halftime, the Revolution got their lead back. A horrible back pass from Samuel Piette found its way to Diego Fagundez. In a two-on-one situation, Fagundez passed to an open Nemeth who beat Maxime Crepeau to score his first goal since coming back to MLS.

A game tying goal came late in the game to revive the atmosphere at Stade Saputo. A curling shot by Ballou Tabla from the right flank pierced through the box and Matteo Mancosu touched it just enough to beat Brad Knighton and bring the game back levelled.

At the final moments of the game, Kelyn Rowe was given too much space in midfield and decided to take a shot from distance to win the game. He made the right decision as his shot beat Crepeau and won the game for the Revolution.

Both these teams’ seasons came to an end with this match. New England finished in seventh place, missing the playoffs by five points behind New York Red Bulls. Montreal, meanwhile, sunk down to ninth in the East with only 39 points to their name.

With one goal and one assist, Diego Fagundez did what it took to take the final three points of the season.

Kelyn Rowe was left to himself in stoppage time to and decided to take a shot from 30 yards out. He took the right decision as the midfielder beat Crepeau and gave his team the victory.

Not used to inaccurate passes, Samuel Piette made his worst one of the season by giving the ball back to Diego Fagundez who ran to the Revolutions’ second goal of the game.