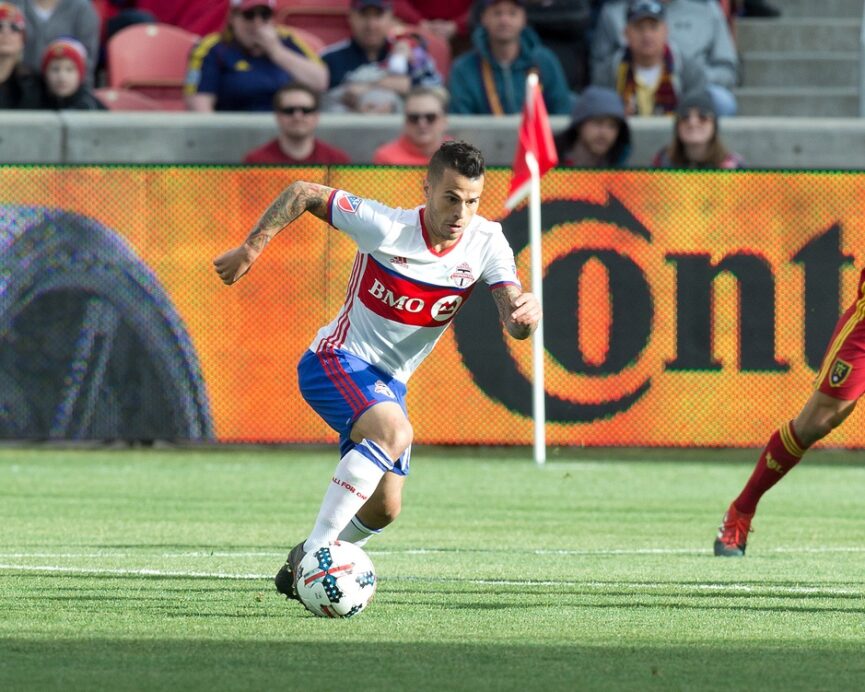 Sebastian Giovinco still believes that Toronto FC and MLS don’t get the credit they deserve, but he also hopes that credit comes in time for the World Cup next summer.

Giovinco reiterated his hope for a national team call-up while stating his belief that the level of MLS is one that would challenge plenty of players throughout the world.

“It’s true that, tactically, the game is simpler here and the attackers get more chances to score, but on a physical level, this is a very demanding league,” he told La Gazzetta dello Sport. “Nothing’s easy. I just do the best I can, moving on all the time, without letting things which are out of my control get to me.

“[If TFC was in Serie A] we would avoid relegation easily, maybe finishing in midtable.”

Giovinco, who has 15 goals this season for Toronto FC, is hoping to join David Villa in getting a surprise call-up to a major European national team. Unfortunately for Giovinco, the TFC forward has been out of the picture since Gian Piero Ventura took over for Antonio Conte in 2016. Even before Ventura’s appointment, call-ups dried up under Conte due to the now-Chelsea manager’s belief that the forward wasn’t being challenged in MLS.

Italy is currently looking ahead to a vital World Cup playoff against Sweden.

“Clearly there are different criteria for evaluation, but what am I supposed to do?” he asked. “Pull my hair out? I couldn’t even do that anyway, it’s already so short.

“I like it here and I’m enjoying it, which equates to me being happy, but when I see games in the Champions League and Serie A, I do give a bit of thought [to going back] now and again. But ifs and buts get you nowhere.

“It’s obvious that for a footballer, wearing Azzurro and winning with that shirt is the big goal, and it always will be,” he added. “All that I can do is continue along this path, playing well for my club. If they were to call me, I’d be delighted.”