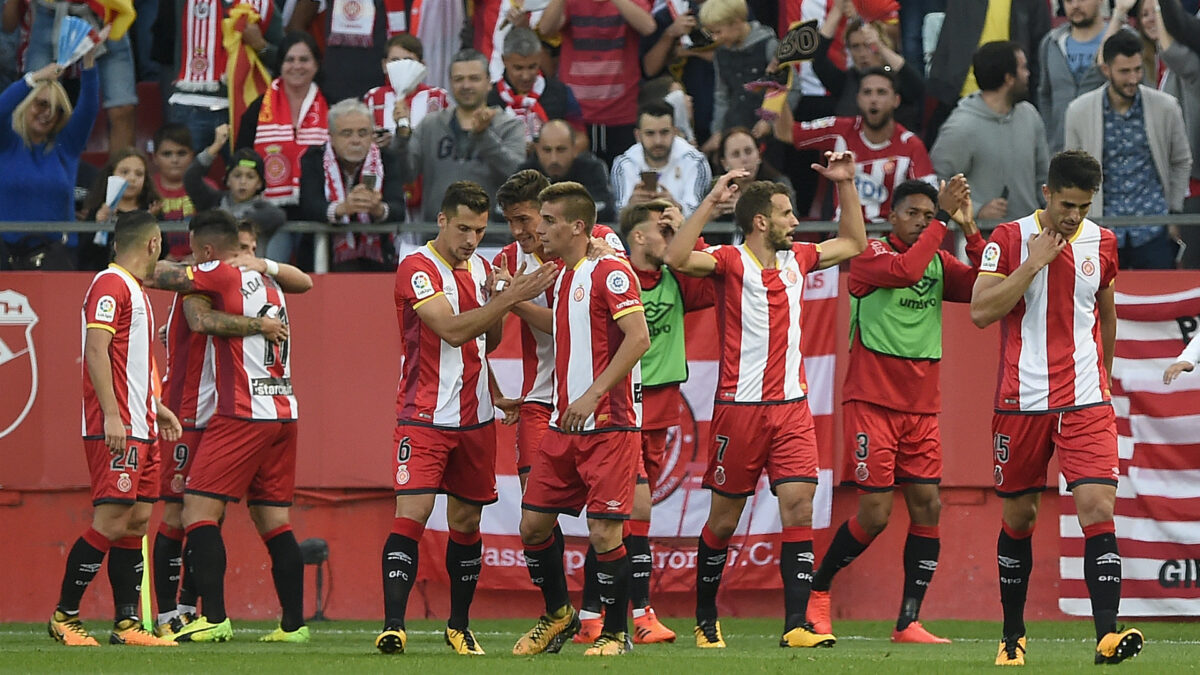 Defending La Liga winners Real Madrid suffered their second shock of the season, falling 2-1 at Girona on Sunday. Despite having an early lead on the road, Zinedine Zidane’s men saw a pair of second-half goals by the hosts down them for their second loss of the year. Isco opened the scoring in the 12th-minute which saw Los Blancos up at halftime. Cristhian Stuani leveled the score for Girona with a right-footed finish in the 54th-minute. Portu played the hero for Girona, scoring what proved to be the winner in the 58th-minute from a close-range finish. Girona made it back-to-back league wins, while Real Madrid sit eight points back of leaders Barcelona.

Elsewhere in Europe, Leicester City downed Everton in EPL play, while Brighton and Southampton shared the points in a South Coast draw. Napoli remained atop the Serie A table with another victory, while Fiorentina fell on the road. Augsburg and Stuttgart were victorious in Germany, while Marseille earned three points on the road in Ligue 1 action.

Leicester City extended their unbeaten run in league play to four matches, with a 2-0 home win over Everton. The Foxes used a pair of goals in the opening half which proved to be the difference. Jamie Vardy’s opener in the 18th-minute gave Claude Puel’s side a 1-0 lead. Demarai Gray’s long-range effort in the 29th-minute doubled the hosts lead. Everton created two shots, but eventually fell for the fourth consecutive time across all competitions.

The points were shared at the Amex Stadium in a 1-1 draw between South Coast rivals Brighton & Hove Albion and Southampton. Glenn Murray leveled the score for the Seagulls from a header in the 52nd-minute. It was the 34-year-old’s third goal of the season and a crucial one as well. Steven Davis had opened the scoring for the Saints in the seventh-minute from a rebound. Brighton sit in 12th, while Southampton are in ninth.

Burnley hosts Newcastle United on Monday, in the final match of the round.

Getafe snapped a four-match unbeaten run defeating Real Sociedad 2-1 at home on Sunday. An 85th-minute winner from Jorge Molina sealed the points for the hosts who fought back from an early deficit. Molina slotted home from the penalty spot to complete the comeback. Angel Rodriguez had leveled the score in the 78th-minute from a right-footed finish to the bottom right corner. Mikel Oyarzabal scored the opener for Sociedad in the fifth-minute as he finished off Adnan Januzaj’s assist. Getafe jump to 10th, while Sociedad are two points better in ninth.

Matchday #10 in La Liga closes on Monday with a pair of fixtures. Espanyol hosts Real Betis, while Deportivo travels to Las Palmas.

Stuttgart made it back-to-back wins after a 3-0 triumph against Freiburg on Sunday. The hosts used goals from three different scorers t claim the home win. Freiburg were reduced to 10-men after 12 minutes as Caglar Soyuncu was whistled for a deliberate hand ball. Daniel Ginczek slotted home Stuttgart’s opener in the 38th-minute, before Benjamin Pavard doubled the lead prior to halftime. Simon Terodde stamped the final score at 3-0, scoring his second league goal of the season. Stuttgart jumps to 12th, while Freiburg are in 15th.

Current Serie A leaders Napoli remained in first, thanks to a 3-1 home win over Sassuolo. Dries Mertens capped off the scoring in the 54th-minute, scoring his 10th league goal of the season. Allan opened the scoring in the 22nd-minute finishing nicely inside of the box. Diego Falcinelli leveled the score for the visitors prior to halftime, with a close range header. Jose Callejon retained the lead for Napoli in the 44th-minute scoring from a difficult angle. Sassuolo dropped their third league match in October, while Napoli remains unbeaten.

Crotone used a pair of first half goals to down visiting Fiorentina 2-1. Ante Budimir opened the scoring for the hosts in the 17th-minute before Marcello Trotta doubled the lead a minute later. Marco Benassi pulled one back for Fiorentina in the 44th-minute but that was the closest they would get to a comeback. Fiorentina dropped their first match since Oct. 1st, while Crotone snapped a four-match winless run.

Hellas Verona hosts Inter Milan in the final match of the round on Monday.

In the top Ligue 1 match of the day, Marseille downed Lille 1-0 at the Stade Pierre Mauroy. The game winning goal came in the fifth-minute as Morgan Sanson finished off Florian Thauvin’s assist to the bottom left corner. It was the midfielder’s third goal of the season. Lille had the bulk of possession and efforts on goal, but failed to find the back of the net. Marseille’s Steve Mandanda made seven saves in the clean sheet. Marseille are fourth, while Lille are 19th.

Lyon extended their current league unbeaten run to five matches, downing Metz 2-0 at home. Nabil Fekir played the hero for Bruno Genesio’s side, scoring a first-half brace. Fekir’s first goal of the afternoon came in the sixth-minute as he scored from a tough angle. The midfielder doubled Lyon’s advantage later in the half, scoring again from a left-footed finish. Metz remains last in the table, while Lyon are in third.