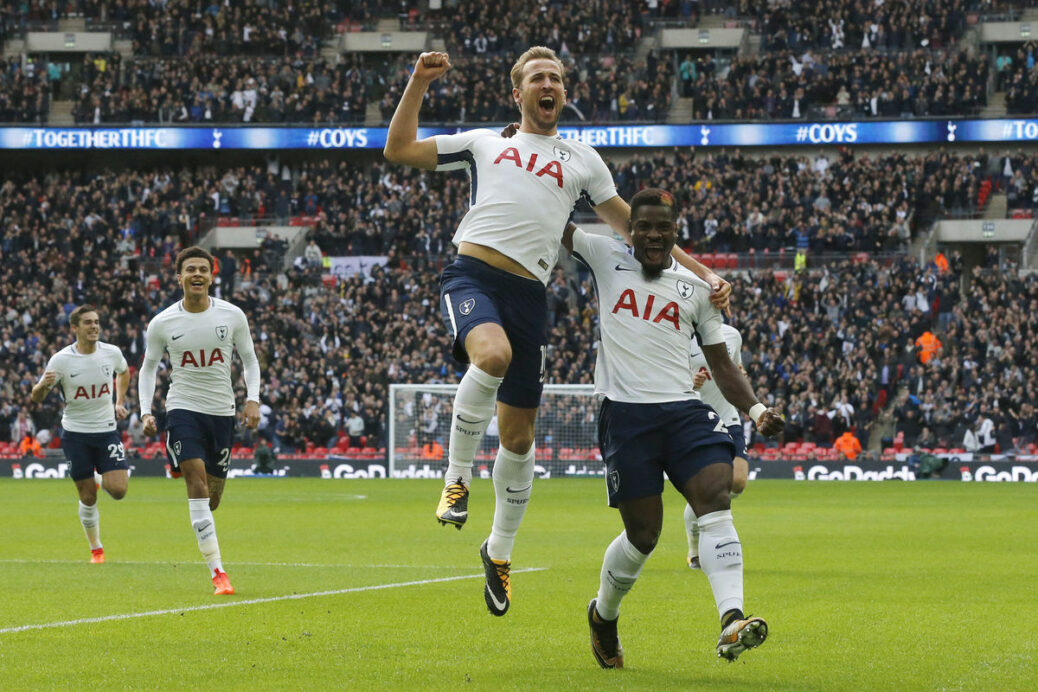 A pair of English Premier League title hopefuls duked it out at Wembley Stadium on Sunday as Tottenham hosted Liverpool. Both teams came into this match off of strong performances in the Champions League midweek, but Tottenham rolled their way to a 4-1 victory on Sunday against the Reds. Harry Kane led the way with a brace while Dele Alli and Son-Heung Min also got on the scoresheet for the winners. Kane opened the scoring in the fourth-minute, before Son doubled the lead in the 12th-minute. Mohamed Salah’s calm finished pulled one back for Liverpool, before Dele Alli’s scrumptious volley extended Spurs’ lead to 3-1 prior to halftime. Kane doubled the lead from a rebound before the hour mark. Spurs jumped to second in the table, while Liverpool drop to ninth.

Elsewhere in Europe, Marseille and PSG squared off in Ligue 1’s top match of the weekend, while Juventus traveled to Udinese in Italy. Real Madrid welcomed Eibar to the Bernabeu, while Hoffenheim faced Wolfsburg in Germany.

Here’s a look at all of Sunday’s European action:

Arsenal erased an early deficit at Goodison Park on Sunday, rolling past Everton 5-2. The Gunners saw five different players record a goal in the lopsided win. Wayne Rooney opened the scoring in the 12th-minute for the Toffees, which was the only lead Everton would hold. Nacho Monreal canceled out the opener in the 40th-minute making it 1-1 at halftime. Mesut Ozil’s flicked header made it 2-1 in the 53rd-minute, before Alexandre Lacazette extended the lead in the 74th-minute. Aaron Ramsey and Alexis Sanchez added stoppage time goals for the visitors, who moved to fifth in the process. Everton dropped into 18th, now unbeaten in five straight matches.

Real Madrid made it four consecutive league wins, after a 3-0 victory over Eibar on Sunday. An own goal by Eibar’s Paulo Oliveira gave Los Blancos a 1-0 lead in the 18th-minute. Marco Asensio doubled the lead for Madrid in the 28th-minute s he finished off Isco’s assist for his third goal of the season. Marcelo capped the final score at 3-0 in the 82nd-minute, after finishing off Karim Benzema’s assist to the bottom right corner. Eibar was held to two shots on goal, and suffered their fourth defeat out of their last five matches.

Following dropped points in Europe midweek, Atletico Madrid bounced back with a 1-0 league win over Celta Vigo on Sunday. Kevin Gameiro played the hero, scoring the winner in the 28th-minute. The Frenchman slotted home from close range, following an Atletico corner kick. Jan Oblak was huge for Atletico, making eight saves in the clean sheet. Atletico stayed in fourth place, while Celta Vigo sit in 10th.

There will be two matches on Monday to conclude Round #9 in La Liga. Real Sociedad hosts Espanyol, while Girona heads to Deportivo.

Hertha Berlin fought back for a point on the road at Freiburg during Sunday’s 1-1 draw. Salomon Kalou’s penalty kick equalizer in the 81st-minute salvaged a point for Berlin, despite the Ivorian missing a penalty four minutes prior. Following a scoreless first-half, Freiburg scored the opener in the 51st-minute from a penalty kick of their own. Janik Haberer slotted home his first goal of the season to give the hosts a 1-0 lead. Kalou’s third goal of the season gave Berlin their 10th point of the season, good for 11th in the table. Freiburg jump to 15th with the draw.

In the top fixture from Italy’s top-flight, AS Roma used a second-half winner from Aleksandar Kolarov to defeat Torino 1-0. The former Manchester City left back scored from a wonderfully taken free-kick in the 69th-minute. It was the Serbian’s third goal of the season across all competitions. Torino were held to zero shots on goal, which extended their winless run to four matches. Roma snapped a two-match winless run in the process, and sit in fifth place.

Juventus used a hat-trick from midfielder Sami Khedira to defeat Udinese 6-2 on the road. Following an own-goal by Udinese’s Samir to level the score at 1-1, Khedira scored his first goal in the 20th-minute. Danilo drew Udinese level in the 47th-minute from a header which made it 2-2. Daniele Rugani gave Juventus a 3-2 lead in the 52nd-minute before Khedira extended the lead to 4-2 prior to the hour mark. The 30-year-old capped his hat-trick in the 87th-minute before Miralem Pjanic capped the final score at 6-2 in stoppage time. Juventus stay in third, while Udinese are 15th.

In the top showdown of Ligue 1 this weekend, Marseille and PSG shared the points in a 2-2 draw. Luiz Gustavo kicked off the scoring in the 16th-minute from a long-range strike outside of the box. However, the lead only lasted until just after the hour mark as Neymar netted the equalizer for PSG in the 33rd-minute. It was the Brazilian’s seventh league goal of the season. Florian Thauvin looked to have given Marseille the lead for good, scoring from close range in the 78th-minute. Neymar was sent off in the 87th-minute after earning a second yellow card. Despite being down a man, PSG snatched a late point as Edinson Cavani curled home a right-footed free kick in the 92nd-minute. PSG remained atop the Ligue 1 table, while Marseille dropped to fifth.

Strasbourg snapped a seven-match winless run on Sunday, defeating Nice 2-1 at the Allianz Riviera. Joia Nuno Da Costa played the hero for the visitors, scoring both goals. The Cape Verde striker opened the scoring in the 23rd-minute from a right-footed finish. Da Costa doubled his side’s lead in the 49th-minute as he finished off Martin Terrier’s through ball assist. Despite going down to 10-men, the visitors held on for a 2-1 win. Pierre Lees-Melou scored the lone goal for Nice, who are winless since Sept. 17th in league play.