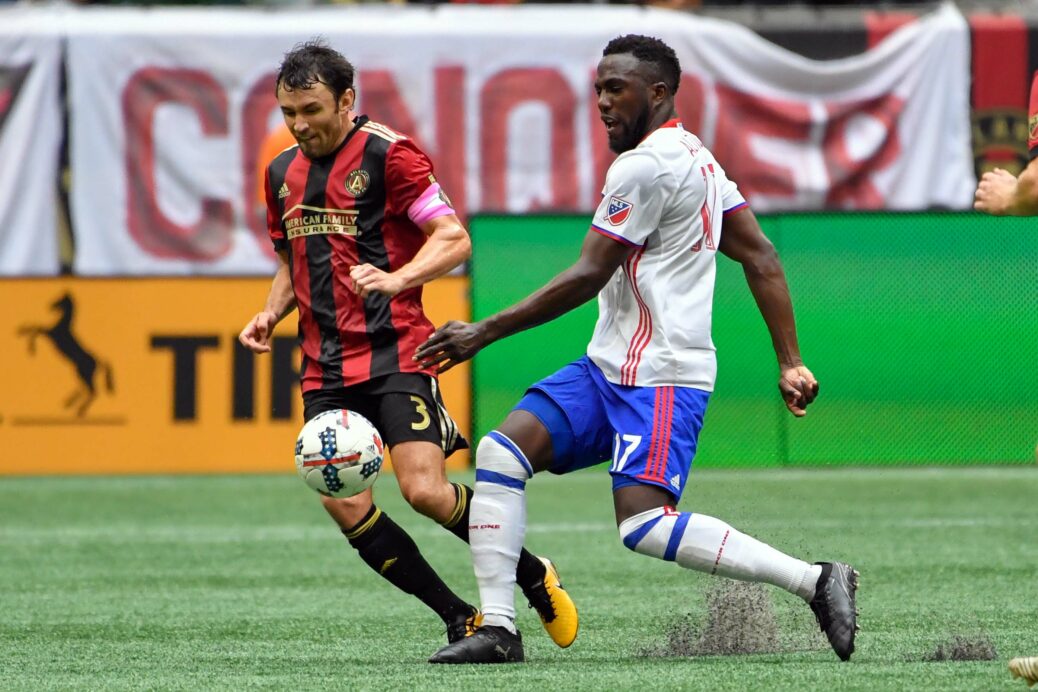 The first goal, though, was Atlanta’s, as they earned a penalty in the 30th minute. The referee called a foul on Drew Moor, and Yamil Asad took the penalty, easily slotting past Alex Bono in the 31st minute.

The home side ended the first half on top after a dominant show, but Toronto came back to equalize — the first time — after 60 minutes. The goal came from Jozy Altidore, who received a long ball in the penalty area and finished from close range.

Atlanta took the advantage yet again in the 74th minute, with Josef Martinez tallying for the home side. Hector Villalba’s cross found Martinez right in front of goal, who easily finished.

Just eight minutes before full time, though, Giovinco saved a point for his side. Taking a freekick yards from the penalty area, the Designated Player whipped in the ball from an angle and scored his side’s second equalizer.

The result means Atlanta finish fourth in the East in their first season in MLS, and will host the Columbus Crew in a playoff match. Toronto are the top seed in the East, and await the lowest Eastern seed remaining at the conclusion of the midweek matches.

Toronto’s attacking talents demonstrated their skills on the night, none more than Sebastian Giovinco. He scored a slick freekick with less than ten minutes on the clock to rescue a point for his side, and as is frequently the case, pestered the opposing defense all afternoon long.

For the game’s final goal and his 16th of the season, Sebastian Giovinco scored a freekick worthy of watching over and over again. Several yards away from the penalty area’s left corner, he took his shot carefully. It glided over the wall of players in the penalty area and goalkeeper Brad Guzan, the ball tapping the bottom side of the crossbar and going in.

Neither defense was perfect at Mercedes-Benz Stadium on the day, but Michael Parkhurst managed to collect a large error on Jozy Altidore’s goal. As Altidore managed to win the ball on a long pass, it was Parkhurst who provided limited pressure for Toronto’s first equalizer.