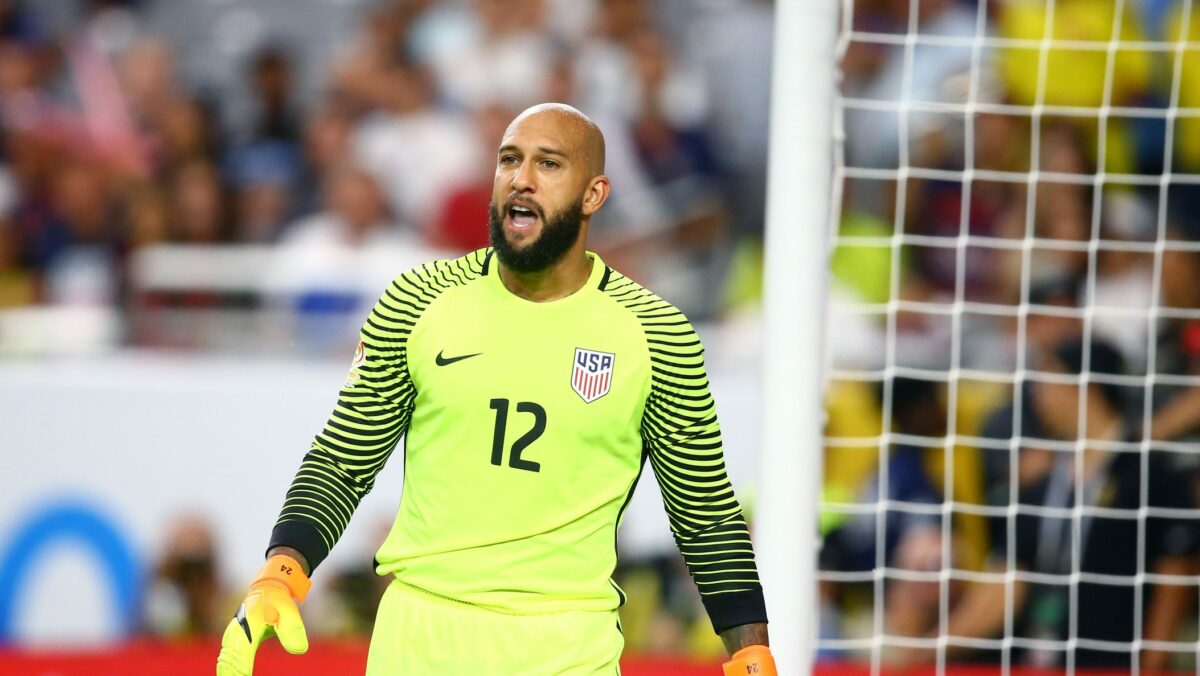 Tim Howard was one of the U.S. Men’s National Team players singled out during Alexi Lalas’ rant on September 10 on Fox Sports 1.

Lalas’ commentary about the “soft-tattooed millionaires” on the USMNT drew responses from some of the team’s stars already, and Howard spoke out to Sports Illustrated on Wednesday.

“He’s been blowing hot air for a long time,” Howard said. “He was an average player. He was a failed GM. And I think he gets the great thing about sports: Now you have an opportunity to get paid for your opinion when you’re finished playing, and it’s a good thing.

“Everyone has an opinion. And I think you have to deal with praise and criticism the same way,” Howard said. “If you deal with praise the wrong way, it can be detrimental. This is my 20th year playing as a professional. I’ve gotten criticized a lot. But I’m still doing something right. If Alexi wants to speak to me personally, he’s always around. He can find me. The likelihood is he won’t speak to me personally. But that’s just who he is. He’s a character.”

After dropping home games to Mexico and Costa Rica earlier in the Hex, the USMNT is in a must-win situation on Friday against Panama at Orlando City Stadium.