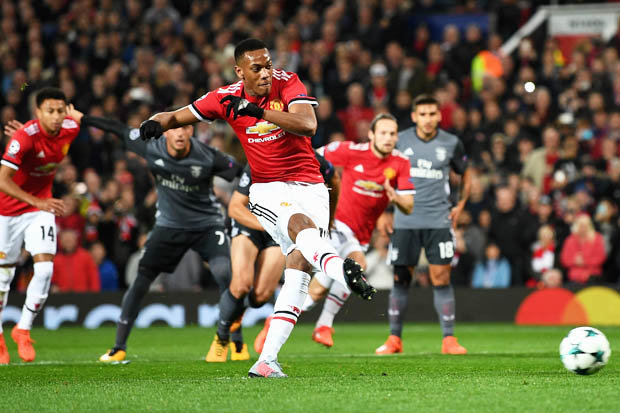 Matchday 4 of the UEFA Champions League saw 16 clubs in action on Halloween, looking to avoid any scares. Manchester United knew a victory paired with other results would see them book a place into the last 16, while Chelsea looked to do the same in Italy.

Manchester United booked their place into the last 16 of the competitions, defeating Benfica 2-0 at Old Trafford. Despite Anthony Martial seeing his penalty kick saved in the 15th-minute, the Red Devils took the lead before halftime via a Mile Svilar own goal. Daley Blind added to the lead in the 78th-minute from the penalty spot after Marcus Rashford drew the foul. The win keeps United atop Group A, and at a perfect 4-0-0 record in the competition. Benfica remains last in the group with zero points.

Following their 3-3 draw in London earlier this month, Roma rolled their way past Chelsea 3-0 at the Olimpico. Stephan El Shaarawy opened the scoring after a minute, rifling home from long-range. The Italian doubled his tally in the 36th-minute, slotting home Radja Nainggolan’s through ball assist. Diego Perotti added an insurance goal in the 63rd-minute as he scored from his own long-range effort. It was the forward’s first goal of the season in the competition. Alisson made six saves in the home clean sheet for Roma. Chelsea drop to second in the group with the loss.

Here’s a rundown of all of Tuesday’s UCL results:

Bayern Munich and PSG advanced to the knockout round with victories on Tuesday.