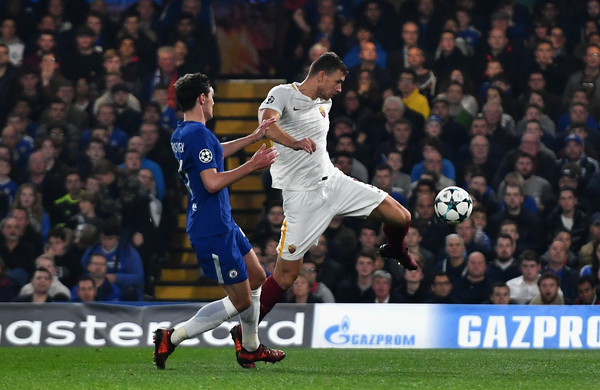 The battle for supremacy in Group C of the UEFA Champions League ended in a stalemate at Stamford Bridge on Wednesday.

Chelsea and Roma played to a thrilling 3-3 draw that kept the Blues on top of the group with seven points and the Italian side in second two points adrifr.

Edin Dzeko appeared to play the role of hero for the Serie A side with a pair of tallies in the 64th and 70th minutes, but Eden Hazard answered back with a 75th-minute equalizer to end the contest at three goals apiece.

Lionel Messi reached another milestone in his illustrious career on Wednesday, as he netted his 100th-career European goal in the 61st minute of Barcelona’s 3-0 win over Olympiacos in Group D.

Messi’s goal was quickly followed by a Lucas Digne strike that finished off the result for the Catalan side at the Camp Nou.

Barca is perfect through three matchdays with nine points, three ahead of second-place Juventus.

Paris Saint-Germain continued to light the goal on fire atop Group B, as it ran away with a 4-0 victory over Anderlecht.

In the win, Kylian Mbappe became the highest teenage scorer in Champions League history with eight goals. The French phenom opened the scoring in the third minute.

Edinson Cavani, Angel Di Maria and Neymar all scored a goal each in the win that kept PSG three points ahead of Bayern Munich in Group B.

Here’s a look at the other scorer from across Europe: