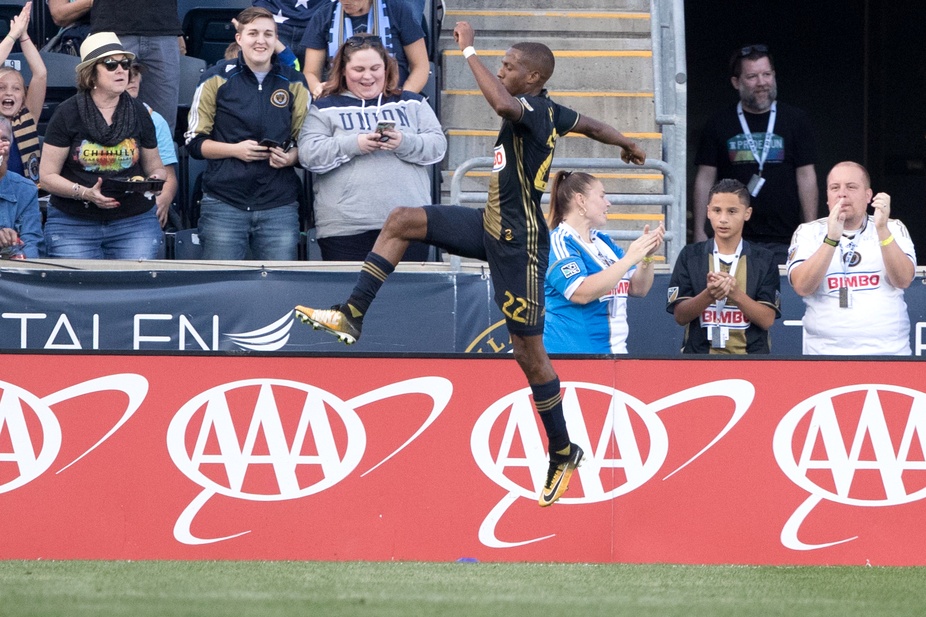 CHESTER, PA– The Philadelphia Union’s regular-season finale may have been meaningless to the standings, but it carried plenty of meaning for the club.

Jim Curtin’s men wasted little time finding the back of the net, as Ilsinho struck for the opener in the third minute. Three minutes later, it was Picault who headed home the second to send Talen Energy Stadium into an eruption of noise rarely heard inside the stadium this year.

Sapong broke Sebastien Le Toux’s mark of most goals scored in a single season in the 26th minute, as he benefited from a terrific burst of speed down the left wing by Picault.

The Union weren’t done though, as they pounced for a fourth by way of Picault in the 38th minute after a terrible mistake by Scott Sutter let the ball linger in the final third.

With a four-goal lead in hand at the half, the Union allowed Carroll to spend the final 45 minutes of his career on the field in his regular defensive midfield position.

More goals followed in the second half as Ilsinho and Sapong added their second strikes of the game in the 63rd and 74th minutes, respectively.

Dom Dwyer headed home a consolation strike in the 72nd minute to give the Lions a small positive heading into a crucial offseason.

C.J. Sapong scored a goal in each half as the Union took advantage of Orlando’s atrocious defending. He set the single-season club scoring mark with 16 goals.

Picault’s burst down the right wing around Seb Hines in the 26th minute set up Sapong for his record-breaking goal, and finished off a dreadful Orlando City team.

Orlando City simply didn’t show up as a unit on Sunday. It was a terrible finish to a disappointing season.