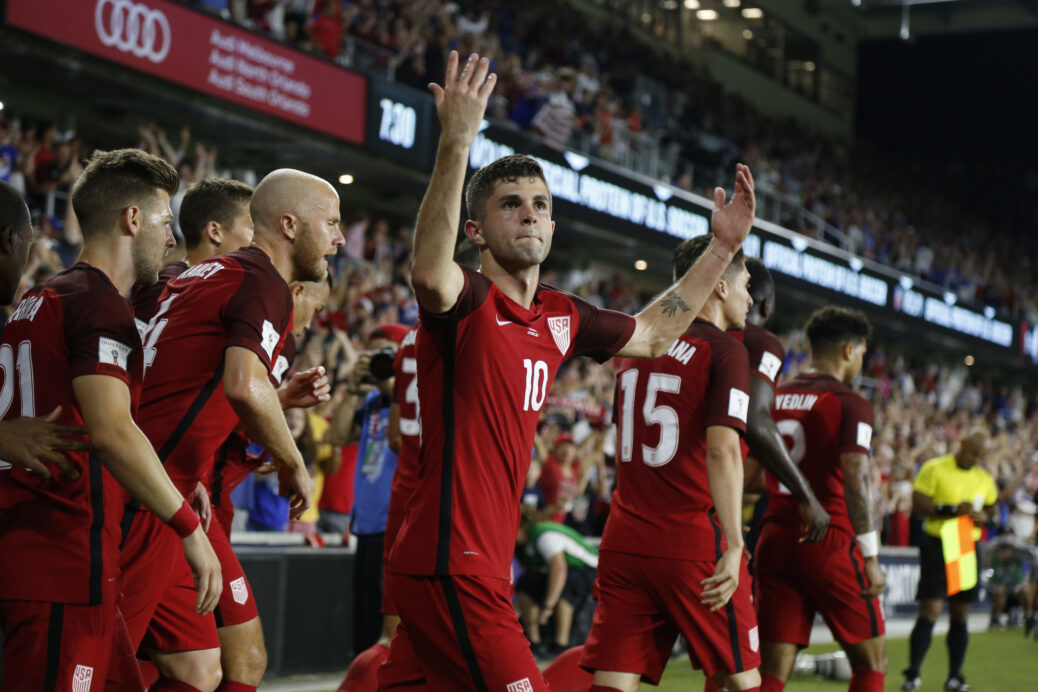 Panama’s defense is among the best in CONCACAF. Through eight Hexagonal games, Los Canaleros had allowed just five goals. The Panama defense is physical, committed, and disciplined.

On Friday, that defense was completely worked by a U.S. Men’s National Team attack that showed a new level in collective chemistry and flow.

It was not just Christian Pulisic, although the Borussia Dortmund attacker was the unquestioned star of Friday’s match. His goal was masterful, as he took a touch past a defender and around Jaime Penedo before firing a finish that started a snowball effect. His assist on Jozy Altidore’s first goal was perfectly-placed. He was confident, direct and, most importantly, he was dominant.

But he was not the only one. Altidore thrived, putting in a performance that had to have impressed even his most staunch doubters. Bobby Wood’s work-rate was incredible, as was his turn and finish on the fourth goal. Darlington Nagbe and Paul Arriola pushed forward, providing valuable width and effort while swarming a Panama defense that was overmatched from the opening whistle.

“We needed a lot of movement against a physical Panama team that was going to sit in and not make it easy for us,” Pulisic said. “Our movement was good today. I was able to play off those guys, they had some great layoffs to me. I think the spacing was pretty good for most of the night — there were still some things we could do better — I think the game plan was pretty much executed.

Due to Panama’s game-plan, Pulisic was almost invited to thrive. Los Canaleros generally keep a loaded midfield, stifling teams with strong defense from front to back while keeping things clogged in the final third. On Friday, they emerged in a 4-4-2, a move that Panama boss Hernán Darío Gómez admitted was likely a mistake.

“This game is an easy game when you play with good players, and he’s a quality, quality player,” Altidore said of Pulisic. “For such a young kid, he gets it. Every time I play with him you can see he keeps improving every game. The hope is for him to keep working, keep improving, and he as such a bright future ahead of him.

“With Christian playing in the hole like that he’s able to just sniff stuff out and I thought he was the difference, between him playing in the middle and on the wing. He was able to just disrupt them in so many ways and you saw the difference he can make in the middle of the park, being able to go each way, and being able to be so dynamic, so I thought that was a big plus for us.”

It was a far cry from the performance of a month ago. Against Costa Rica, Altidore was held generally quiet despite several chances. Pulisic was strangled out wide. Wood was relatively contained until a late goal against Honduras.

“I think all of our players played well,” Arena said. “Our top three players were pretty good. Bobby Wood and Jozy were a handful for their centerbacks. Christian was as well. Some of the counter attacks were great. His first goal was a terrific finish.

“All three of those guys did well. Jozy had two goals, Bobby one and Christian one. You can’t do better than that.”