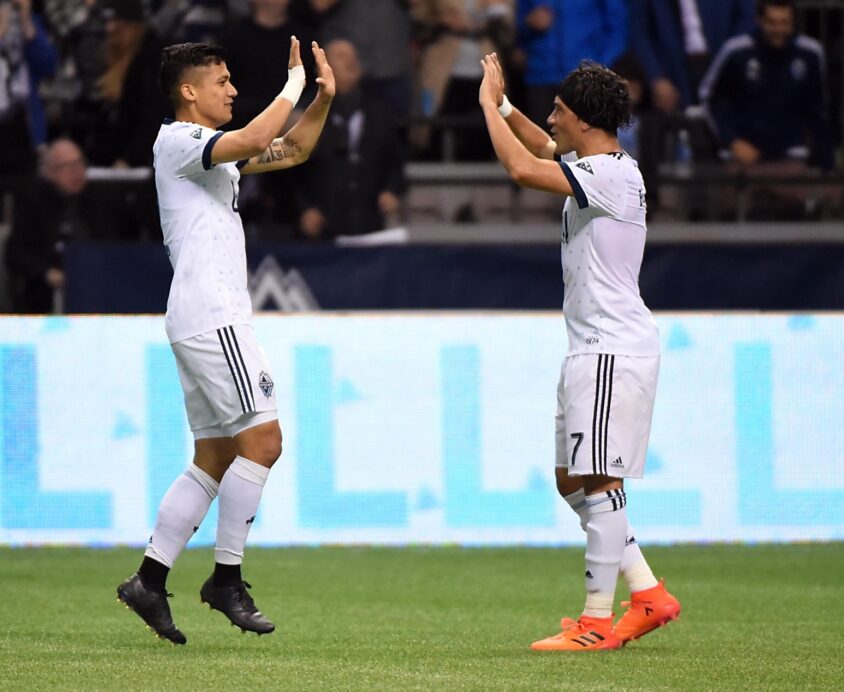 The Vancouver Whitecaps have gone through a few disappointments this season, none bigger than their home regular-season finale in which they lost the No. 1 seed in the Western Conference in a 1-1 draw with the San Jose Earthquakes.

Carl Robinson made sure his team didn’t experience the same fate in the Western Conference knockout-round game on Wednesday night.

The Whitecaps used a four-goal barrage in the second half to finish off the Quakes, unlike the October 15th regular-season contest. Wednesday’s win was the first playoff victory in franchise history, a goal is the final product of a ton of hard work.

“A win is a win. I wouldn’t have minded how we won the game today,” Robinson said. “It puts the icing on the cake that you won a playoff game at home in front of your supporters. You saw what it meant to the players and the club. We were so determined to get that first playoff win. Did we do it in style? Yeah, we probably did, which makes it all the more special.”

The 5-0 thumping of the Quakes was also a testament to the work the Kendall Waston-led defense has put in. Waston, the Costa Rica international, is the rock of the back line that sports a mix of youth and experience.

“The back four have got an understanding with each other, obviously Marcel (de Jong) came in instead of Jordan (Harvey) from Sunday, but Kendall leads them,” Robinson said. “He leads the football club as a captain and he leads by example and there’s certain things we can improve on, we know that, but if you look at the age of the back four, it’s two experienced guys and two young guys and you learn from disappointment and on Sunday it was disappointment.”

“We lost 2-1 to a good Portland team, but we kept our nerve and kept believing in the process and went back to basics and if you go back to basics when things don’t go your way, usually it works out. Kendall was a monster back there,” Robinson said.

The win sets the Whitecaps up with a Cascadia Cup clash against the Seattle Sounders in the Western Conference semifinal, starting on Sunday at BC Place. Although Clint Dempsey is suspended for the game, the Whitecaps are preparing for a side full of class to oppose them.

“I’m sure they’ll bring in another top player because they have top player after top player, which is good.,” Robinson said. “We’re playing against the champs so we know we’re going to be underdogs. I like the underdog role. We’ve played the three times already and I’m sure we’re sick of the sight of each other, which is good. I’m sure they’ll be emotions and tackles and football and goals and penalties, hopefully for my side.”

“You always get those things with derby games and the focus today was to try to get through this round and then let’s go have a good two-legged series with our rival,” Robinson said. “We have tremendous respect for the team up the road and they’re our rival and they’ve won MLS Cup so it should be good.”