Crew shake off criticism of missed opportunity at home 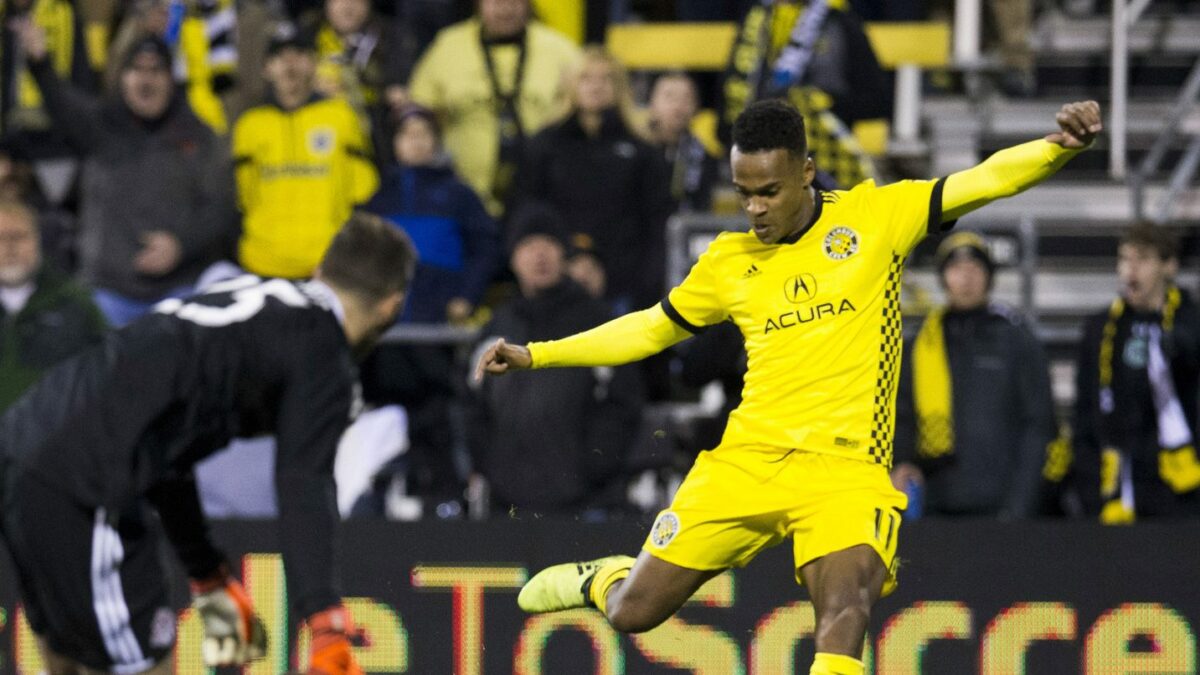 Everything appeared like it was lining up for the Columbus Crew to take an advantage in the Eastern Conference final on Tuesday night.

However, the Crew left Mapfre Stadium with a 0-0 draw against Toronto FC with 90 minutes to be played next Wednesday at BMO Field.

Despite the critiques that would call Tuesday a missed opportunity, the Crew feel comfortable with their position going into the second leg.

“Not missed at all,” Crew forward Ola Kamara said. “Of course we always want to win at home and we had 15 wins at home so of course we want to keep that up, but I think 0-0 is an okay result.”

The Crew only managed three shots on target in the first leg, and their top scorer admitted he should’ve been able to do a bit more against the organized Toronto back line.

“I felt like I could get to goal more than I did,” Kamara said. “I wanted the ball three or four times there where I felt I could’ve been alone with the goalie. It’s hard to find space, especially against five at the back.”

Gregg Berhalter’s men had two late chances to take a lead in the series, but Harrison Afful was denied by Alex Bono and Justin Meram struck the top of the crossbar with a header off a free kick.

“We would’ve liked to score, but at the end of the day we put a zero on the board and it’s an elimination game now,” Crew defender Josh Williams said.

The Crew will use their experience on the road in Atlanta in the knockout round as an example of how they can pull off the road victory in the second leg.

“We’ve been in that situation before in Atlanta,” Williams said. “It’s not the ideal situation, but we’re comfortable with it and we’re going to prepare to go to battle next week.”

“We had a hostile game in Atlanta so we have a good memory of that,” Kamara said. “We know how to play Toronto and we also know Altidore and Giovinco it’s going to be tough, but we think we’re going to win this.”

While the Reds will be getting back Jozy Altidore and Sebastian Giovinco for the second leg, the Crew will lose midfielder Artur, who is suspended due to yellow card accumulation.

Despite losing one of the most underrated additions in MLS this season, the Crew are confident Mohammed Abu can slide in and do the job next to captain Wil Trapp.

“Artur always plays well, but Abu has been very good when he’s been in there,” Kamara said. “It’s going to change a little bit how we play because the dynamic with Wil and Abu is a little bit different, but I think Gregg will have a good plan for that.”

If the Crew do come out of Toronto with a win, it’ll mark another scalp during an unlikely postseason run, but the execution has to be there from the first minute.

“We knew that 0-0 is a result we can handle, but time will show if we’re good enough to go to Toronto and win this,” Kamara said.

“Hopefully we don’t have to get to PKs. Hopefully we can get one early and put pressure on them,” Williams said. “We know the task at hand and however we come away with it is perfectly fine with me.”