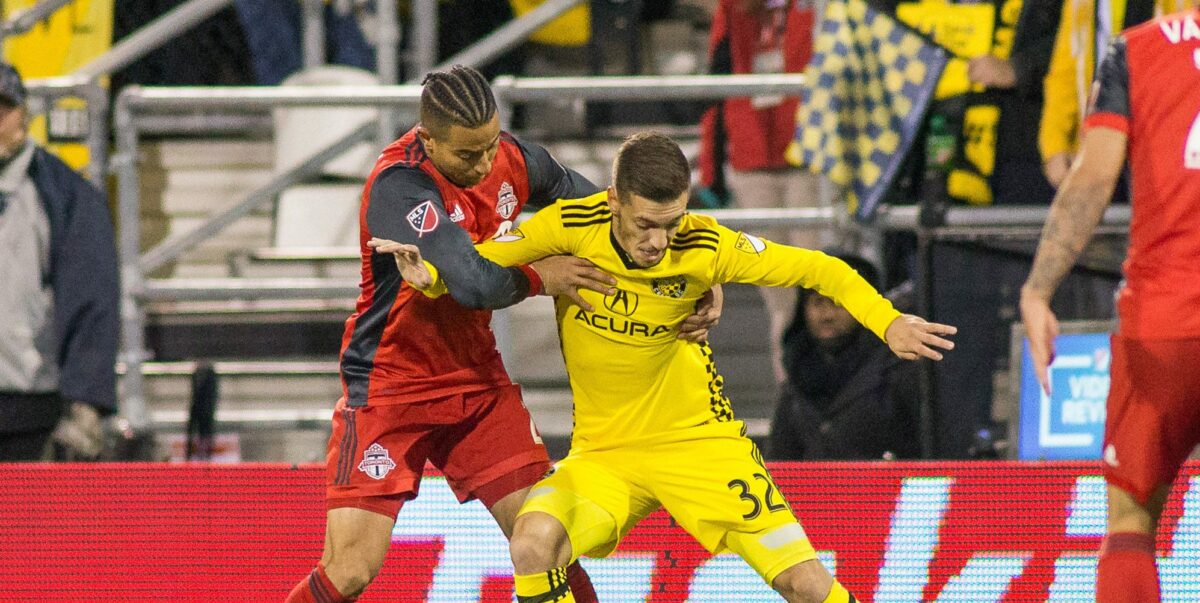 COLUMBUS–The first game of the MLS playoffs after a 16-day layoff failed to create separation between Toronto FC and the Columbus Crew.

The two sides played to a 0-0 draw in front of a sold out crowd at Mapfre Stadium on Tuesday night where the loudest noise from the crowd came from expletive-laden chants directed at Crew owner Anthony Precourt and MLS commissioner Don Garber.

The first leg of the Eastern Conference final lacked an attacking punch with Jozy Altidore and Sebastian Giovinco out for a Toronto team that had no problem sitting back and playing for a tie.

The first real moment of the game came in the 52nd minute, when Federico Higuain slipped a ball into Pedro Santos at the top of the box.  Santos took a tumble in the penalty area, but no call was given and Santos was handed a caution for the disagreement he had with the referee.

Artur nearly put together one of the best individual moments of the postseason in the 73rd minute, as he bolted forward from the center circle, but his attempt barely missed the upper right corner.

Gregg Berhalter waited until the 79th minute to make an adjustment in the form of Kekuta Manneh.  Harrison Afful had a golden chance in the 84th minute from close range, but he was denied by Alex Bono. One minute later Justin Meram headed a free kick off the top of the crossbar.

Toronto and Columbus will reconvene in eight days for the second leg at BMO Field.

Toronto’s back line was compact for the majority of the 90 minutes with Michael Bradley playing a key role in front of them in a deeper role.

Alex Bono’s save at the right post late in the second half preserved the draw for Toronto.

Ola Kamara didn’t touch the ball much in a game where the Crew had to create as many scoring opportunities as possible.