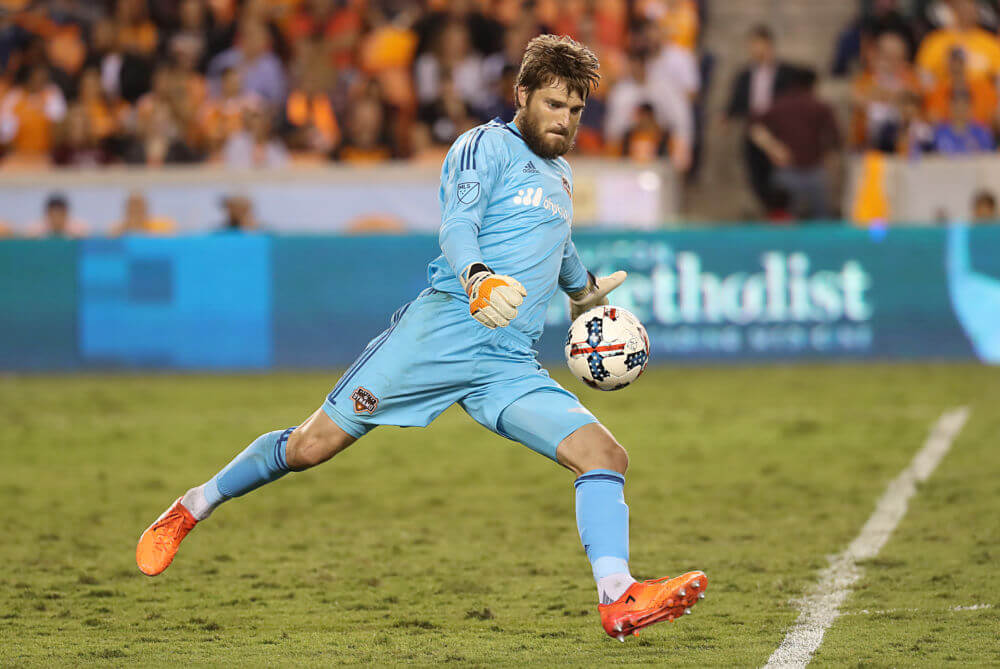 With the heat of the Major League Soccer playoffs taking place, teams will look to avoid any drama or trouble that could get in the way of their goals.

The Houston Dynamo now has a problem on their hands, following the suspension of keeper Tyler Deric on Wednesday evening. The 29-year-old was arrested by the Houston Police Department on Oct. 31st for misdemeanor assault charges in a domestic case.

The reigning MLS Player of the Month, allowed just one goal in October as the Dynamo went 2-0-1 in that span.

Deric is now facing an investigation by the Houston Police Department and the MLS, and will not play in Sunday’s Western Conference semifinal second leg against the Portland Timbers.

No further details on the arrest was disclosed.