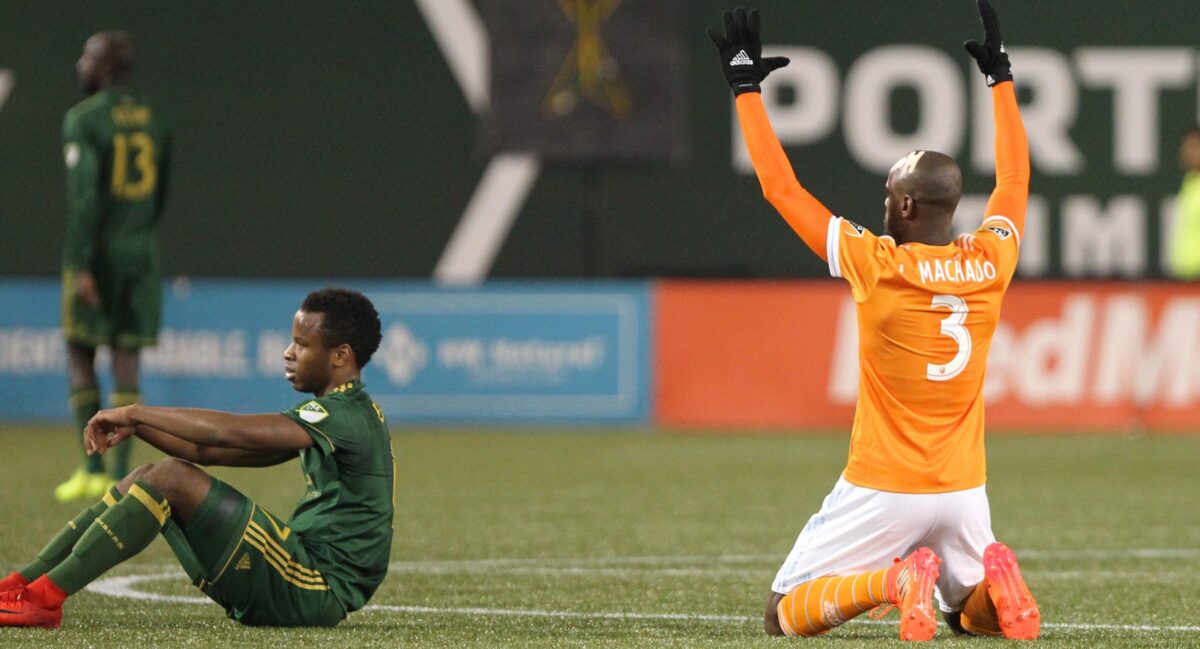 The Houston Dynamo are one of the more unlikely stories in MLS, and that story will extend through at least the Western Conference finals.

After a 0-0 draw in the opening leg of the Western Conference semis, the Dynamo battled to a 2-1 win over the Portland Timbers at Providence Park. The win sealed advancement for Wilmer Cabrera’s side, who now face the Seattle Sounders in the conference final.

The Timbers opened the scoring through Dairon Asprilla following a sustained bit of possession. The winger’s took a great touch before rocketing a shot past Joe Willis for a 39th minute finish.

Just four minutes later, the Dynamo equalized through an unlikely goalscorer. Dylan Remick, scorer of one goal in his entire MLS career, pounced on a loose ball in the box, volleying a shot into the net to tie the score at one apiece while giving the Dynamo the advantage on away goals.

In the 77th minute, Mauro Manotas, scoring from long range on an Eric Alexander pass to seal the series win.

Now, the Dynamo face the Sounders on Nov. 21 in Houston to begin the Western Conference final.

Eric Alexander ran the midfield and picked up an assist on the final goal of the match.

It was a quiet match from Darlington Nagbe, who failed to muster a shot for an injury-ravaged Timbers team.