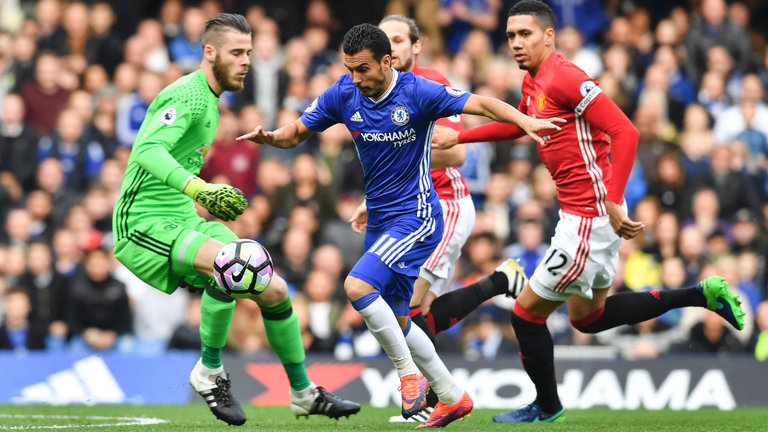 This weekend may be the final action before an international break, but that does not mean the top competition takes a break. Chelsea faces Manchester United in the top fixture across Europe with both teams looking to remain in the league title race. Manchester United sits in second place with 23 points, while Chelsea is in fourth on 19 points. Jose Mourinho’s men are unbeaten in their last three matches, and have only lost once in the league this season. Chelsea fell midweek in the Champions League, but have won their last two league fixtures over Watford and Bournemouth respectively. Romelu Lukaku (seven goals) and Alvaro Morata (six goals) are the strikers to watch in this fixture.

Elsewhere this weekend, Borussia Dortmund hosts Bayern Munich on Saturday in Germany, while Arsenal faces Manchester City in England. Sevilla faces a trip to Barcelona in Spain, while Fiorentina hosts AS Roma in Italy.

In the other mouth-watering clash in the EPL this weekend, Manchester City hosts Arsenal at the Etihad on Sunday. Pep Guardiola’s men are unbeaten in 16 matches across all competitions this season, and show no signs of letting up. Sergio Aguero (seven goals) and Leroy Sane (six goals) are two key players for Man City’s offense. Arsenal are unbeaten in their last four matches across all competitions, and currently sit in fifth place. Alexandre Lacazette leads the Gunners with five goals, and has appeared in every league match this season. The Citizens won this fixture 2-1 last season, and has not lost at home to Arsenal since January 2015.

La Liga’s must-watch match of the weekend takes place on Saturday at the Camp Nou as Barcelona hosts Sevilla. The hosts are unbeaten in 15 matches across all competitions this season, despite a 0-0 Champions League draw at Olympiakos on Tuesday. Lionel Messi has 12 goals this season, and has been a one-man wrecking crew offensively for the Catalan side. Sevilla are unbeaten in their last three matches in all competitions, and will look to put together a strong performance against the La Liga leaders. Wissam Ben Yedder and Luis Muriel each have two goals for Sevilla so far this season, and lead the line for the team.

Real Madrid returns to the Santiago Bernabeu on Sunday as they welcome Las Palmas to town. Zinedine Zidane’s men are coming off defeats in both league and European action, and will look to show a short memory this weekend. Isco has been a huge player this season for Los Blancos, leading the team with three goals. Las Palmas have only won twice in league play this season, but have drawn their last two fixtures against Real Madrid. French striker Loic Remy leads the team with four goals, and has been a nice find in the transfer market this summer.

Two of the Bundesliga’s heavyweight square off this weekend from Signal Iduna Park as Borussia Dortmund welcomes Bayern Munich to town. Dortmund has slipped lately, failing to win in league play since Sept. 30th. Peter Bosz’s men have dropped to second in the league table, and has also dropped points in the Champions League. Pierre-Emerick Aubameyang leads the team with 10 goals in league play and 14 overall. Bayern rolled off seven matches unbeaten in October, winning three of their four league matches. After missing their Champions League win in Glasgow midweek, Robert Lewandowski (10 goals) should be back in the starting XI for Bayern on Saturday.

Earlier on Saturday, two of the Bundesliga’s top four sides face off at Red Bull Arena as RB Leizpig hosts Hannover. Leizpig, currently in third place, have lost their last three fixtures in all competitions. German forward Timo Werner (five goals) and Austrian midfielder Marcel Sabitzer (three assists) are two players to watch for the hosts. Hannover are surprisingly in fourth place after earning promotion back to the Bundesliga last season. Leading the way for the visitors is Austrian forward Martin Harnik who has five goals so far.

Sunday’s Serie A slate kicks off from the Giuseppe Meazza as Inter Milan hosts Torino. The hosts are yet to suffer defeat this season, which has seen them jump to second in the league table. Argentinian international Mauro Icardi leads the team with 11 goals, while Ivan Perisic has four goals and five assists so far. Torino snapped a five match unbeaten run a week ago, which hopefully will get them prepared for a tough match this weekend. Spanish forward Iago Falque leads Torino with four goals, while Italian international Andrea Belotti has three.

Another top-half clash takes place on Sunday as AS Roma travels to Fiorentina. Eight points separates these sides in the table, with Roma coming in on good form. The visitors are unbeaten in their last five matches, and winners of four of those five. A 3-0 thumping of Chelsea midweek in the Champions League helped the Italians boost their chances of a place in the knockout round. Fiorentina saw a three-match winning run snapped last weekend at Crotone and will look to bounce back at home. Cyril Thereau ( four goals) and Marco Benassi (three goals) are two players to watch in this one.

Two top-half clashes take place on Sunday and neither of those contain PSG or Monaco. Marseille welcomes Caen to the Stade Velodrome on Sunday, looking to extend their current unbeaten run to six matches. Clinton N’Jie leads the team with five goals, while Florian Thauvin has three goals and three assists. Caen are in seventh place so far, after a rough start to the campaign. Croatian forward Ivan Santini has three goals, while defensively the team has only allowed eight goals in 11 matches.

Sunday’s final match takes place at the Stade Geoffrey-Guichard as St. Etienne welcomes Lyon to town. Four points separates these sides in the table, with Lyon holding the advantage. St. Etienne are winless in their last two matches, losing to Montpellier and drawing against Toulouse in the process. Jonathan Bamba leads the team with four goals so far. Lyon are unbeaten in seven straight in all competitions, including three straight league wins. Former Real Madrid man Mariano leads the attacking front with eight goals, while Memphis Depay has five goals and three assists in midfield.