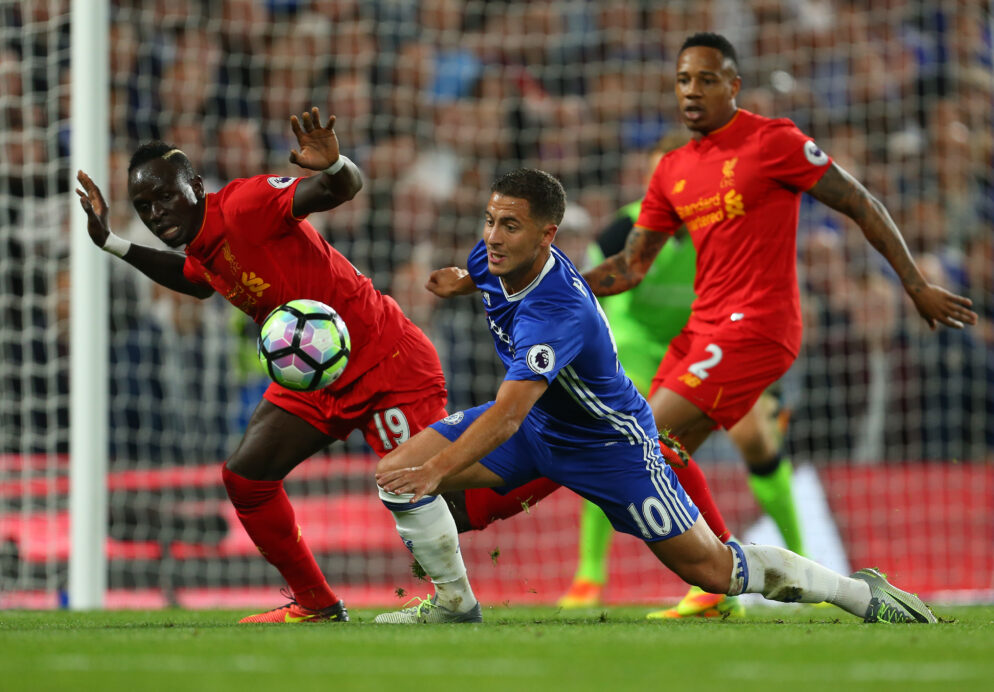 Following an action-packed week of UEFA Champions League matches, domestic action continues this weekend with some top matches taking centerstage. Two historic clubs in England’s top-flight will duke it out in the race for the top four. Liverpool, coming off a 3-3 draw against Sevilla midweek, will welcome Chelsea to Anfield on Saturday. The Reds are in fifth place and unbeaten in their last five matches across all competitions. Egyptian international Mo Salah leads the team with nine league goals and has been a huge acquisition this season. Chelsea, who are sitting two places higher in the standings, have kept clean sheets in their last three fixtures. Spanish international Alvaro Morata has eight goals in league play this season.

Elsewhere in Europe this weekend, Monaco welcomes PSG to the Stade Louis II in Ligue 1 action. The Rivierderby takes place between Borussia Dortmund and Schalke, while Bayern Munich travels to Borussia Monchengladbach. Barcelona travels to Valencia on Sunday, while Real Madrid hosts Malaga a day prior. The top match in Serie A sees Lazio face Fiorentina at home.

Sunday sees Burnley face Arsenal at Turf Moor, in a battle of teams in the top seven of the EPL. Burnley are winners of their last three matches, keeping clean sheets in all three. Strikers Chris Wood and Sam Vokes have three goals apiece for the Clarets this season. Arsenal are losers of two of their last five matches, which sees them sitting in sixth place. French international Alexandre Lacazette leads the Gunners with six goals this season, and has been a huge acquisition this season.

Real Madrid returns to the Bernabeu this weekend to face off with Malaga. Los Blancos are unbeaten in their last three matches, outscoring their opponents 9-0 in that span. Cristiano Ronaldo has nine goals this season across all competitions, with eight coming in the UCL. Malaga defeated Deportivo 3-2 last weekend, with three different players getting on the scoresheet. Uruguayan international Diego Rolan leads the team with two goals this season, and will look to lead the visitors to their first win over Real Madrid since Dec. 2012.

In a battle of the top two sides in La Liga, Valencia welcomes Barcelona to Mestalla. The hosts are in second place, and winners of their last nine matches across all competitions. Italian striker Simone Zaza has nine league goals this season, while Spanish forward Rodrigo has seven. Barcelona are coming off a scoreless draw against Juventus midweek, and have lost yet this season. Lionel Messi and Luis Suarez have combined for 17 league goals this season, with the latter netting a brace last weekend.

The Rivierderby takes centerstage this weekend as Borussia Dortmund hosts Schalke at Signal Iduna Park. Dortmund, who have dropped to fifth in the league standings, has not won a league fixture since Sept. 30th. Pierre-Emerick Aubameyang leads the team with 10 goals, and scored a goal midweek against Tottenham. Schalke are unbeaten in their last seven matches, which sees them in second place. Striker Guido Burgstaller and midfielder Leon Goretzka each have four goals apiece this season, while the team has only allowed 10 goals in 12 matches. A pair of American internationals will feature in this derby as Schalke’s Weston McKennie and Dortmund’s Christian Pulisic have had fine campaigns so far.

League leaders Bayern Munich travel on the road this weekend to face off with fourth place Borussia Monchengladbach. The hosts are unbeaten in their last four matches, with three of them being victories. A trio of attackers have led the way for Gladbach this season, as Thorgan Hazard, Lars Stindl, and Raffael each having four goals apiece. Bayern, winners of their last five matches across all competitions, will look to leading scorer Robert lewandowski (13 goals) to lead the attacking front.

The premier match this weekend in Italy comes from the Olimpico as Lazio faces off with Fiorentina. The hosts are in fifth place, following a derby loss to Roma last weekend. Italian international Ciro Immobile leads Lazio with 15 goals in league play, which is tops in Serie A. Fiorentina sit in ninth place, despite being winless in their last three matches. 22-year-old Giovanni Simeone leads the team with four goals, and has been a nice bright spot for the future.

Two other top-half teams square off this weekend as AC Milan faces Torino at the San Siro. Milan are coming off a 5-1 beatdown of Austria Vienna in the Europa League on Thursday, and should be favorites to win this match. Italian forward Patrick Cutrone is coming off a brace midweek, and has seven goals in all comps. Torino has drawn their last two fixtures, and is unbeaten in their last three. Serbian international Adem Llajic has been a nice two-way player for Torino, scoring three goals and adding four assists this season.

The top two sides in Ligue 1 will square off this weekend as Monaco faces off with PSG at the Stade Louis II. Monaco are six points behind PSG in the league table, and are coming off a 4-1 thumping midweek at the hands of RB Leipzig. Radamel Falcao has netted 13 league goals this season, and has stepped up big time for Leonardo Jardim’s side. PSG, winners of their last five in all competitions, have scored 43 goals in 13 league matches this season. Edinson Cavani has 15 of those 43, while Neymar has seven from the wing. Monaco defeated PSG 3-1 in this fixture last season, and did not suffer a league defeat to their opponents last season.