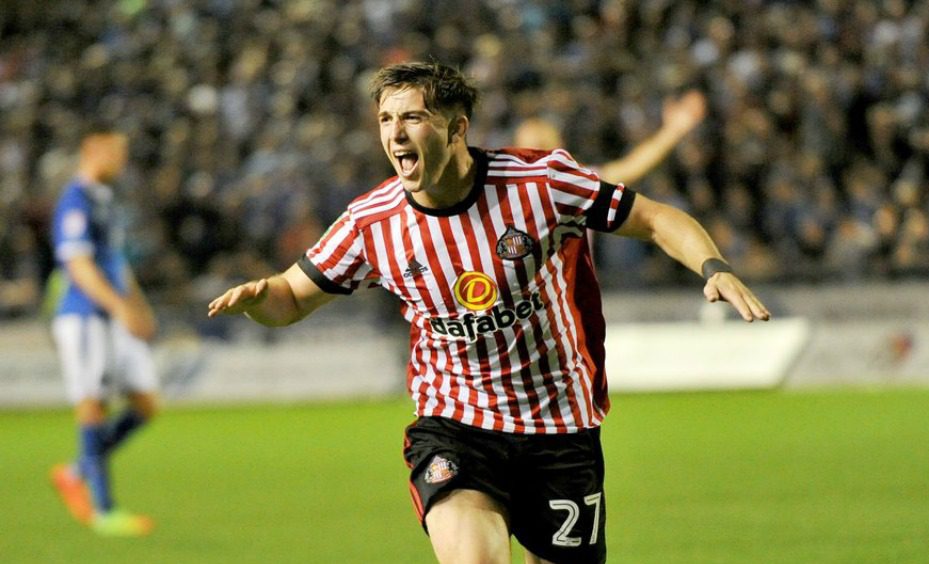 The English soccer system is notoriously cruel for up-and-comers, especially when it comes to the lower leagues. The threat of relegation, the constant turnover and the consistent pressure on short-leashed managers often leads to very short-term thoughts at the expense of nurturing some of the system’s brighter talents.

Bradley Wright-Phillips had an interesting quote on the subject recently:

Now, American midfielder Lynden Gooch is facing some of those harsh realities as Sunderland spirals through a state of turmoil.

With just one win and 10 points through 15 games, Sunderland fired manager Simon Grayson on Tuesday in the aftermath of a 3-3 draw with Bolton Wanderers. Gooch was not involved in Tuesday’s action as he did not dress for the match, but the shockwaves from Grayson’s firing will certainly be felt by the 21-year-old in the weeks and months to come.

As of Wednesday, Gooch has made 10 league appearances for the Black Cats, scoring one goal while adding another for the club in League Cup action. Most of those 10 appearances have come off the bench with the midfielder compiling just 272 minutes of league action this season.

However, Gooch was beginning to win over Grayson, who took over for David Moyes in June.

“We will have competition for places and different types of players, so it’s up to them younger players that if they do get the opportunity they have to take it – like Lynden Gooch who has done well when he has been involved,” Grayson said last month.

“He’s got a desire and a hunger to stake a claim and make a living in the game – why not try and do that in a big club like ours?”

Now, Gooch’s attempt to stake that claim will come under a third manager in less than a years time. He originally broke through under former Everton and Manchester United boss Moyes before an injury derailed his 2016-17 campaign. Upon his return, he had to prove himself once again to Grayson, and did just that just weeks before the manager was fired.

Gooch will once again have to reassess, as whoever Sunderland’s next manager is, he’ll face a heck of a challenge. The Black Cats have looked very much like a team destined for a second consecutive relegation, and it will be all hands on deck to get the club above the red line throughout the rest of the Championship season.

For a player that already has a U.S. Men’s National Team appearance to his name, the upcoming period will be vital. In the U.S., Gooch’s age qualifies him as a young star, but, at 21, he should be finding his level within the English system in the very near future. Sunderland has routinely been a club in upheaval and a club that’s sole focus has been staying afloat in whatever division they are in.

If the club’s next manager sees something in Gooch, the move could be a blessing in disguise. It’s not hard to fathom a young, speedy, energetic midfielder getting time for a team battling relegation, especially given his breakthrough in the Premier League last season. The midfielder possesses both power and speed and can play a number of positions from winger, to central midfielder to even withdrawn striker. Gooch has routinely showed he has the ability to change games, as his goal and assist numbers in limited minutes show.

However, if Sunderland continues to face change after change and loss after loss, Gooch’s situation could rapidly become a frustrating one for a player that very much remains a candidate for the 2022 World Cup.