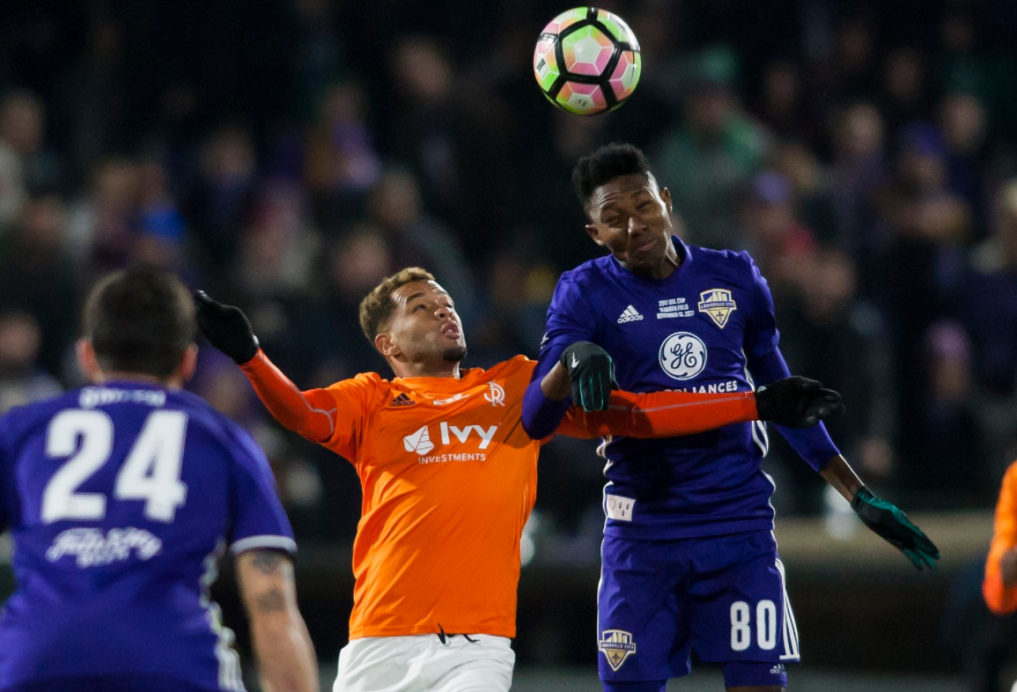 It took 88 minutes for them to break the deadlock, but Cameron Lancaster’s 88th minute header allowed them to lift their first ever USL Cup with a 1-0 win over Swope Park Rangers in front of a sellout crowd of 14,456 at Slugger Field on Monday night.

Both sides saw early goals pulled back by the offside flag. Paco Craig looked to open the scoring for the home side at the six minute mark when he smashed a free kick, but he was clearly offside. Kharlton Belmar was also the victim of a premature run for Swope Park when he slipped a low shot home as the flag went up against him.

After early Louisville control, Swope Park worked their way into the match in the second half. Louisville goalkeeper Greg Ranjitsingh had to make several heads up plays to keep the game scoreless. His biggest accomplishment was taking the ball right off Belmar’s foot as the Swope Park forward burst through the backline free on goal shortly after the restart.

The Louisville goal came in the dying minutes of the match off a throw-in. Speedy Williams received the throw and quickly launched the ball into the penalty area. Lancaster was able to rise to it and float the header into the upper corner of the net, leaving Adrián Zendejas helpless in the Swope Park goal, creating pandemonium in the sellout crowd.

The Rangers pushed forward with everything they had in the lengthy amount of stoppage time, but they couldn’t penetrate the stout Louisville City defense.

It’s the first title for Louisville City in their three years of existence. Captain and central midfielder Paolo DelPiccolo was awarded the game MVP award for his precision passing and hold up play in the middle of the park.