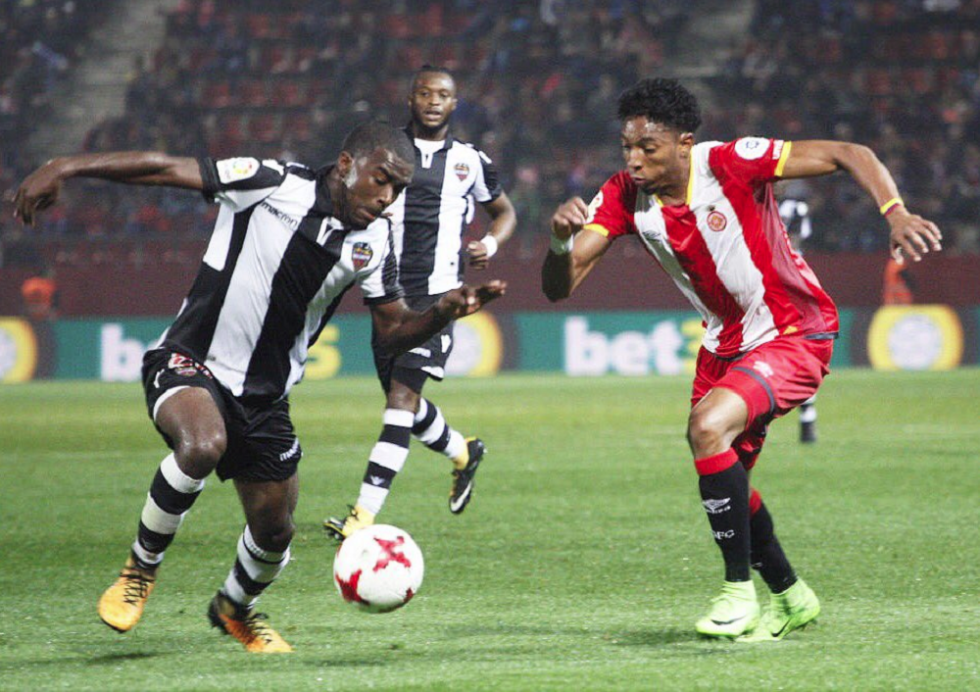 American defender Shaq Moore received some praise from his manager at Levante after his first league start.

Moore made his first La Liga start on Sunday when Levante defeated Las Palmas, 2-0. The right back went all 90 minutes and was credited with a blocked shot and an intercepted pass throughout what proved to be a composed performance.

“We never had any doubt,” Levante manager Juan Roman Lopez Muniz told reporters after Sunday’s win, according to Goal USA. “He’s a player that we’ve said for a long time that he’s young, he comes from the second team, that comes from a lower level, and the level in the first division is high, and he had a rival in front of high quality, but we knew he would do well.

“He’s a serious kid, disciplined, hard-working, with some important characteristics,” Muniz said. “Physically, he’s a marvel, fast, he can handle the ball, so we didn’t have doubts that he would do badly. He was very calm in that position.”

That was his second league appearance of the year and third in all competitions. He also started a cup match on the road against Girona on Oct. 26.