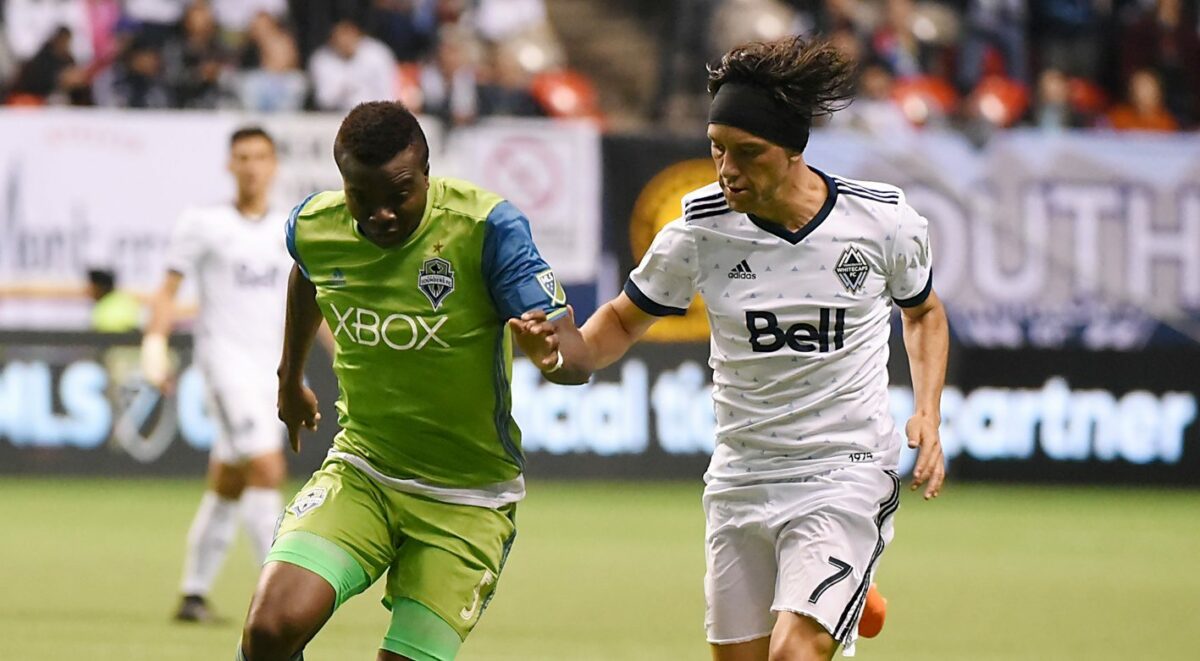 After a dull but strategic first leg in Vancouver on Sunday, the Vancouver Whitecaps and Seattle Sounders return to the field on Thursday to determine the first participant in the Western Conference Final.

The away goals rule will play a role on Thursday, with any Whitecaps goals essentially counting as two. Only a second straight goalless draw will send the game to extra time.

The opening 90 minutes of the series weren’t entertaining by any stretch of the imagination, but it served a purpose for both sides.

The Whitecaps have to be seen as the winner heading into Thursday because they didn’t allow an away goal to the dangerous Sounders attack.

However, the Whitecaps also didn’t find the back of the net and all the Sounders have to do is outscore their Cascadian rivals to earn a return trip to the West final.

The biggest star on both rosters returns to the field on Thursday after serving a one-game suspension.

Clint Dempsey will have the freshest legs of anyone on the field, and he’ll be looking to make an impact right away for Brian Schmetzer’s side.

The U.S. Men’s National Team forward, who missed the postseason in 2016 with an irregular heartbeat, has four career postseason goals and scored once against the Whitecaps in 2017.

The rock of the Caps back four will have his hands full as he takes on Dempsey, Nicolas Lodeiro and Co.

Kendall Waston is one of a few key assets in the Whitecaps lineup that can affect the game on set pieces, and he’ll be vital on both ends of the field when it comes to free kicks and corners.

The Costa Rican center back had 12 clearances, nine recoveries and two interceptions in the first leg.

The Sounders kept Montero all but locked up in the opening leg, bottling the dangerous striker all the way through the 0-0 draw. The former Sounders forward is too good to keep totally quiet through back-to-back games, and he’ll certainly be desperate to seize a winner in front of his former home crowd.

Stopping Montero will be key, especially given the away goal factor. If Montero can get loose for just one or two chances, it could prove to be the end of the Sounders season. With that said, it’s up to the veteran duo of Roman Torres and Chad Marshall, both of whom have stepped up in situations like this before. Defense will be key, and the Sounders will lean on experience to guide the way.

The addition of Kelvin Leerdam in July flew under the radar, but the Sounders knew exactly what they were getting in the 27-year-old defender.

Leerdam has started 15 games in a row and he’s provided the Sounders with a reliable presence at right back. He’ll be counter on to stop the speedy Whitecaps attackers once again on Thursday. If he succeeds, the Sounders should cruise into the West final.

It feels odd to name a World Cup veteran as an X-Factor, but Christian Bolanos sometimes gets lost in the shuffle with Fredy Montero, Christian Techera and Yordy Reyna in the Whitecaps front four.

The Whitecaps will need someone of Bolanos’ experience and skill in the pressure-packed cauldron that is CenturyLink Field. Look for the Costa Rican to link the defensive midfielders with the other three in the front four and open up space in the middle for Reyna, Techera and Montero.

The formula is simple for the Sounders to continue their MLS Cup defense. All they have to do is win at home to down the Whitecaps.

Although the threat of away goals looms large, especially if the Whitecaps strike early, the Sounders have a pair of world-class attackers in Lodeiro and Dempsey that should be able to take care of business.

The lone meeting between the two sides in Seattle during the regular season ended in a 3-0 Sounders victory with Lodeiro and Dempsey playing key roles.

The first half may be a close affair with both teams trying not to lose right away, but expect the second half to be more open and for the Sounders to benefit from a bevy of chances.