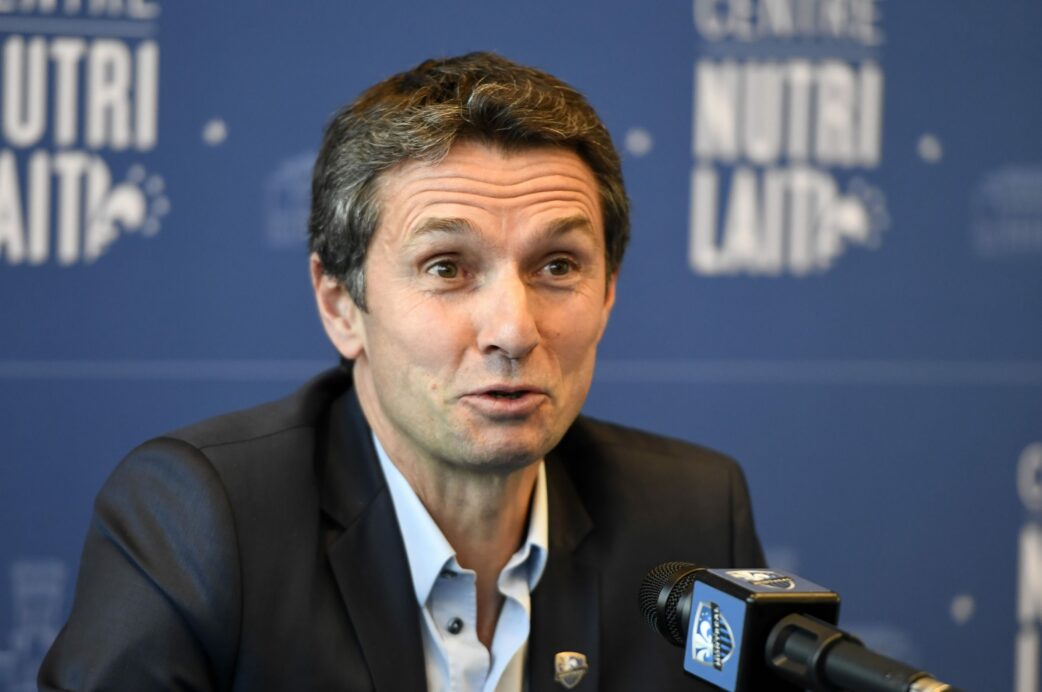 After a search that started in the summer, back when former head coach Mauro Biello was still in position, the Montreal Impact have found their new head coach in Remi Garde.

In a press conference at Centre Nutrilait, the Impact’s training ground, the former Lyon and Aston Villa manager was unveiled to the public on Wednesday afternoon. Garde comes to Montreal on a three-year deal, making him the team’s head coach and director of player personnel.

After coaching Lyon, Garde had no interest in staying in France and looked for opportunities outside of his home country.

“It would have been difficult for me to coach another team in France,” admitted Garde.

When talks about MLS jobs came around, Garde asked for advice to close friend, former teammate and NYCFC head coach Patrick Viera. After this talk, Garde decided to double down with team president Joey Saputo and joined the Impact.

“He told me a lot of good about the work that he could accomplish in this league,” said Garde. “That it was a league in expansion, it opened my mind, it gave me the willingness to gain interest in [MLS].”

Despite not really knowing the city, Garde had some contact with Montreal in the past. He came to Montreal with his Lyon squad for the Trophee des Champions and had initial contact with Stade Saputo and the Impact staff. He also admitted that the signing of Didier Drogba raised not only caught his attention, but France’s attention as well.

“For an immense player like him to come here and have success, these are little things that hit me,” Garde said. “And in my conversation with Patrick Viera, when he told me that there was a good base to work on and to develop your coaching work in a relatively serene way, it was something that caught me.”

Despite having received a few offers from other MLS teams, Garde remains adamant that he chose the Impact before choosing the league. The nature of Montreal as a French-speaking city within the North American continent was also a decision factor for Garde.

Despite the fact that he speaks English from his time playing and coaching in England, the Frenchman felt more comfortable moving to an area where a lot of the population and a large portion of the players and staff speak his mother tongue.

Another one of Saputo’s requirements for the new coach was their approach to the academy and its development. With Lyon widely known for its success on youth development, Saputo thinks that Garde’s experience with his former team will transpire onto the Impact academy and its technical director Philippe Eullaffroy. Garde however, remained modest in the praise given to him by his new president.

“I will stay modest. I don’t want to take credit for Lyon’s academy success,” said Garde. “It’s the fruit of years of labor and it takes time. However, I have ideas that I started to share with Eullaffroy.

In regards to the on-field look that the Impact will have under Garde, the new head coach did not hide the fact that Lyon has been, and will be, a big part of his coaching philosophy in Montreal.

“I was developed in Lyon, I played for Lyon, I coached Lyon. I played and coached elsewhere but I was marked by this club,” said Garde. “In this club there is a philosophy that consists in offensive, goal-scoring [play] and to have a possession game.”

A big task for coaches that come from oversees is to be able to adapt the different nature of MLS. Garde is conscious of that from his conversations with Viera and Saputo and has crossed the Atlantic Ocean with an open mind.

“I am ready for this and it’s this desire to learn to share and to bring what I have learned in Europe for many years,” said Garde. “To maybe bring certain things over here little by little and also to take in because I believe that we always learn.”

As for his coaching staff, Garde has not yet named anyone but has “a couple of ideas, good ones.” He has however expressed interest in bringing on someone that already has knowledge of MLS and that would help him with the intricacies of the league.

Despite acknowledging that the MLS offseason was bigger than the ones he was used to in Europe, Garde will be hard at work in Montreal as the 2018 season looms.