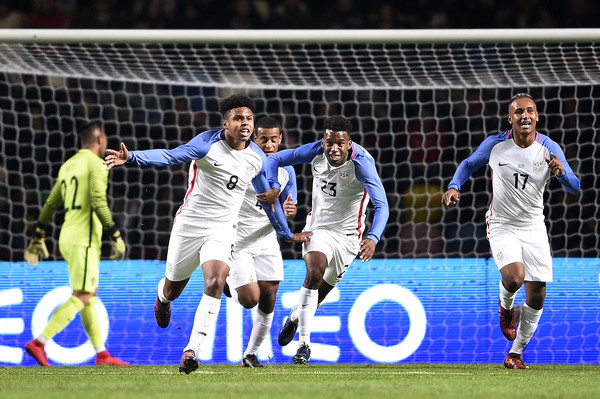 The 19-year-old Schalke midfielder found the back of the net in his first start in the USMNT’s first game since failing to advance to the World Cup. The goal and McKennie’s play in the midfield earned the young Schalke star honors as SBI USMNT Man of the Match.

McKennie made a nice run through the middle of the Portugal defense and linked up with a C.J. Sapong pass to give the USMNT the lead in Portugal in the 21st minute.

Unfortunately the strike was countered by Portugal’s equalizer by way of an Ethan Horvath howler 10 minutes later.

McKennie continued to make an impact on the contest, and he almost scored a second, but his attempt off a corner in the second half banged off the crossbar.

McKennie was one of a few players who impressed in the 1-1 draw to close out the 2017 calendar. New York Red Bulls product Tyler Adams shined in midfield, as did former Red Bull Matt Miazga at center back. C.J. Sapong, coming off a stellar season with the Philadelphia Union. also deserves praise for his performance.

What did you think of McKennie’s performance? Who was your Man of the Match? Which players stood out to you?