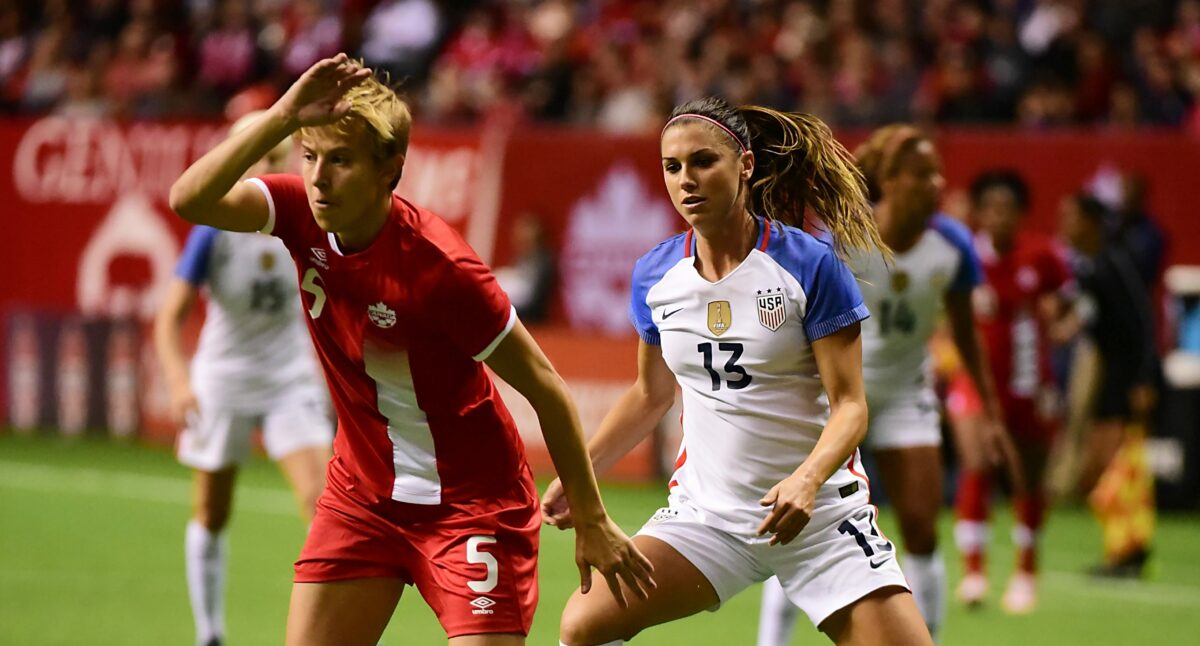 It has become custom again for the U.S. Women’s National Team to expect Alex Morgan to score every time she steps on the field, which she did in the team’s 1-1 draw against rivals Canada.

The forward notched her sixth goal in as many games for the national team, showing her newfound confidence could not be squashed even on a day when the U.S. did not dominate. The goal earned Morgan honors as SBI USWNT Woman of the Match.

The forward grabbed the game’s opening goal in spectacular fashion, first being on the back end of a header with defenders surrounding her. Morgan then was able to isolate herself just enough to score from close range in another strong finish.

Morgan managed to remain active, bothering defenses in a way she has become known for. Though chances were coming few and far between at times, she still popped up to keep the U.S.’ chance to win alive.

Morgan beats out Megan Rapinoe for the honors, who adds to a calendar year that has seen her create the most chances on the USWNT.