Timbers left to wonder ‘what if’ after injuries derail postseason campaign 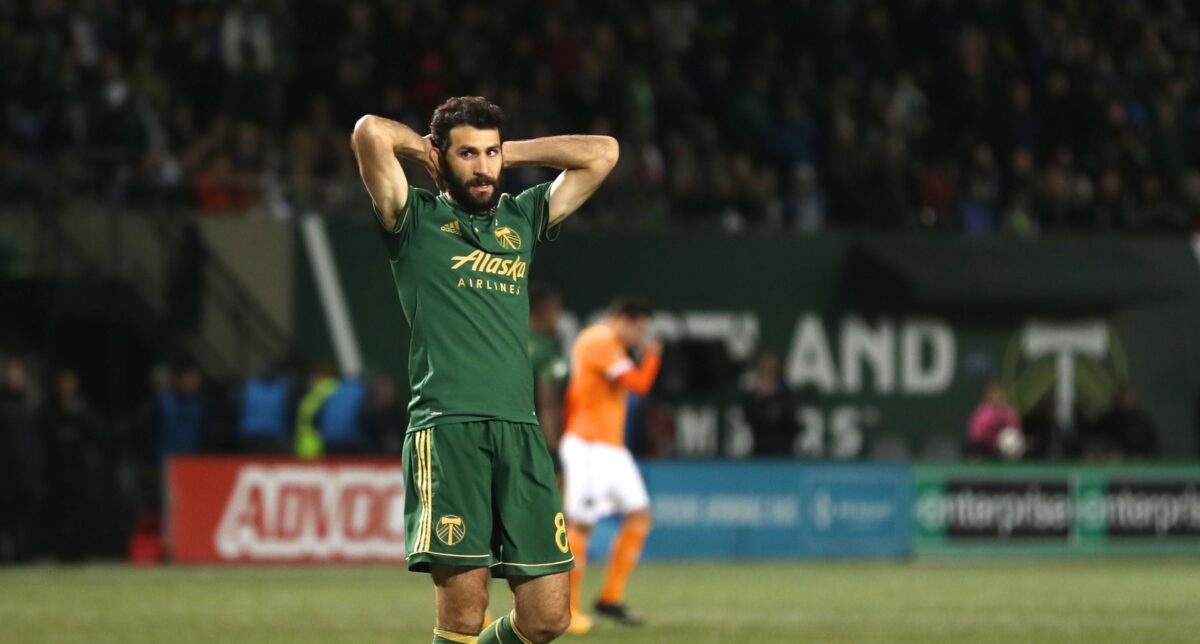 The Portland Timbers had been battling the injury bug for quite some time. Throughout the season, the team relied on depth and the superstar heroics of Diego Valeri en route to the top overall seed in the Western Conference.

On Sunday, though, the task was simply too great for the battered Timbers, and their season ended because of it.

The Timbers fell, 2-1, to the Dynamo at Providence Park on Sunday, signaling the end of the club’s season in the conference semifinal round. It was a match that saw the Dynamo come back from an early goal, score two of their own and seal a matchup with the Seattle Sounders in the conference final.

On the other end, though, one question loomed large: what if? What if Fanendo Adi was healthy up front? What if Diego Chara hadn’t picked up an injury in the opening leg? What if Sebastian Blanco was fully fit? What if defensive pieces like Roy Miller and Larrys Mabiala could suit up?

In the end, those what ifs will go unanswered as the Timbers’ season ended all the same.

“This is one that hurts for sure. We fell short,” head coach Caleb Porter said. “We felt we could move on, but we didn’t. When the dust settles I think we will look back and realize it was a good season, but it’s also a season where you think to yourself ‘what if?’

Regardless of who was or wasn’t healthy, the Timbers had a game on Sunday, and they started well despite an early setback. An injury to Darren Mattocks forced Porter into yet another change just 11 minutes into the game while taking away the team’s pacey attacking outlet. Still, Dairon Asprilla’s magnificent touch and finish gave the hosts a first half lead while bringing a raucous Providence Park crowd into the game.

Moments later, the wheels began to fall off as an unlikely goalscorer, Dylan Remick, brought one back for the Dynamo. Due to the away goals rule, the Dynamo were now in the lead, forcing the Timbers to press for a goal of their own.

A goal eventually came, but it was through Mauro Manotas, whose finish all but ended the Timbers’ hopes of advancing.

“It’s very disappointing, to be honest, in front of our supporters,” added Valeri, who remains a front-runner for league MVP. “We’ve been playing really well at home and when we needed to win, we couldn’t do it.”

Now, the Timbers head into an offseason that will be a bit longer than the club would have hoped. With pieces like Valeri, Blanco and Darlington Nagbe, the attack is built for success heading into 2018. The future of Adi is one that remains up for debate with European teams frequently lurking while there will likely be some changes in a defensive unit that just couldn’t stay healthy in 2017.

After missing the playoffs in 2016, Porter says he sees the 2017 season as a bounce-back year, even if it ended in frustrating fashion.

“It’s a disappointing night,” Ridgewell said. “Everyone is disappointed the whole way around. We were going into the game to win the game and go through, but sadly it wasn’t to be.”

“Moving forward we don’t need to make a lot of changes. I think we can still get better in a few spots,” Porter added. “We won’t hesitate to continue to add pieces. No doubt we will add some pieces to get even better. We’ve rebuilt our depth. We’ve rebuilt our core. We’ve added some quality in some spots and moving forward we are going to come back better than ever.”