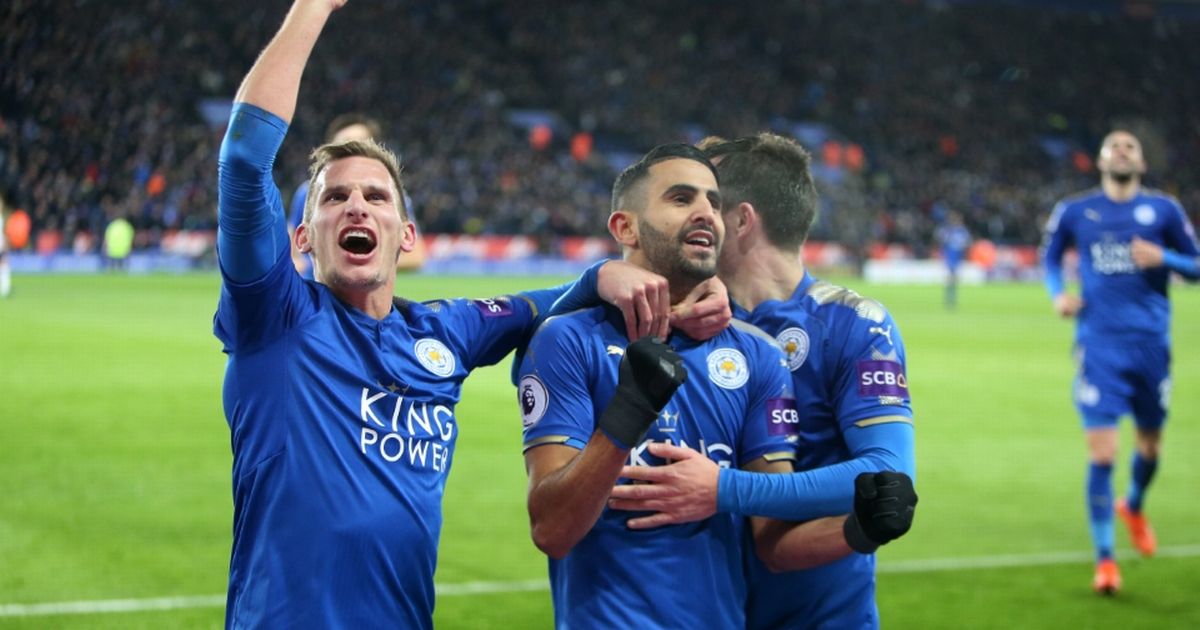 Leicester City looked like their 2015-16 form as they triumped 2-1 over Tottenham Hotspur on Tuesday. Jamie Vardy and Riyad Mahrez, both influential pieces in Leicester’s title-winning campaign each netted goals at the King Power. Vardy’s opener came in the 13th-minute as the forward chipped Hugo Lloris from a tough angle. Mahrez doubled the Foxes lead in first-half stoppage time as the Algerian curled a left-footed effort past the French keeper. Harry Kane pulled one back for Spurs after 79 minutes but it ended up being a mere consolation. Tottenham dropped their third straight road league fixture, while Leicester are now two matches unbeaten.

Here’s a closer look at all of the day’s European action:

Manchester United kept the pressure on league leaders Manchester City, by defeating Watford 4-2 at Vicarage Road. Jose Mourinho’s side held a 3-0 lead at halftime, thanks to a brace from Ashley Young and a solo effort from Anthony Martial. Troy Deeney scored from the penalty spot in the 77th-minute for Watford before Abdoulaye Doucoure made it 3-2 just minutes later. Jesse Lingard’s first league goal of the season, slammed the door shut on any comeback. United are five points behind City, while Watford are in eighth place.

Here’s all of Tuesday’s EPL results:

Real Madrid advanced to the Round of 16 in the Copa Del Rey after a 2-1 second leg win against Fuenlabrada. Luis Milla made things interesting early for the visitors, scoring in the 25th-minute from long-range. Borja Mayoral’s header in the 62nd-minute extended Los Blancos aggregate lead, before the Spaniard scored his second of the match from a left-footed effort. Alvaro Portilla scored a consolation for the visitors in the 89th-minute. Zinedine Zidane’s men are now unbeaten in their last five matches across all competitions.

Sampdoria was the only top-flight side to taste victory on Tuesday, as the hosts edged Pescara 4-1. Dawid Kownacki’s right-footed finish opened the scoring after two minutes. Gaston Ramirez headed in Sampdoria’s second of the match just minutes later. Gianluca Caprari finished off Ramirez’s assist before halftime for a 3-0 lead. Ahmed Benali’s left-footed strike pulled a goal back for the visitors, before Kownacki’s fifth goal of the season slammed the door shut at 4-1.

Amiens made it three consecutive league wins after a 2-1 home success against Dijon. Quentin Cornette’s first goal of the season proved to be the winner for the hosts, who was pegged back earlier. Kwon Chang-Hoon leveled the score at 1-1 in the 15th-minute as he finished off Frederic Sammaritano’s cross. Gael Kakuta’s second-minute free kick opened the scoring, as Amiens move to seventh in the standings. Dijon are in 13th after losing their first match since Nov. 5th.

Bordeaux used a brace from Alexandre Mendy to down St. Etienne 3-0 at home. Mendy’s first in the match came after five minutes as the Frenchman rifled home from long-range. Malcom doubled the score for Bordeaux in the 31st-minute which gave the Brazilian six goals on the year. Mendy headed home the final goal of the match, stamping three points for the hosts. Bordeaux are in ninth after the win, while St. Etienne are in 10th.

Here’s all of Tuesday’s Ligue 1 results: