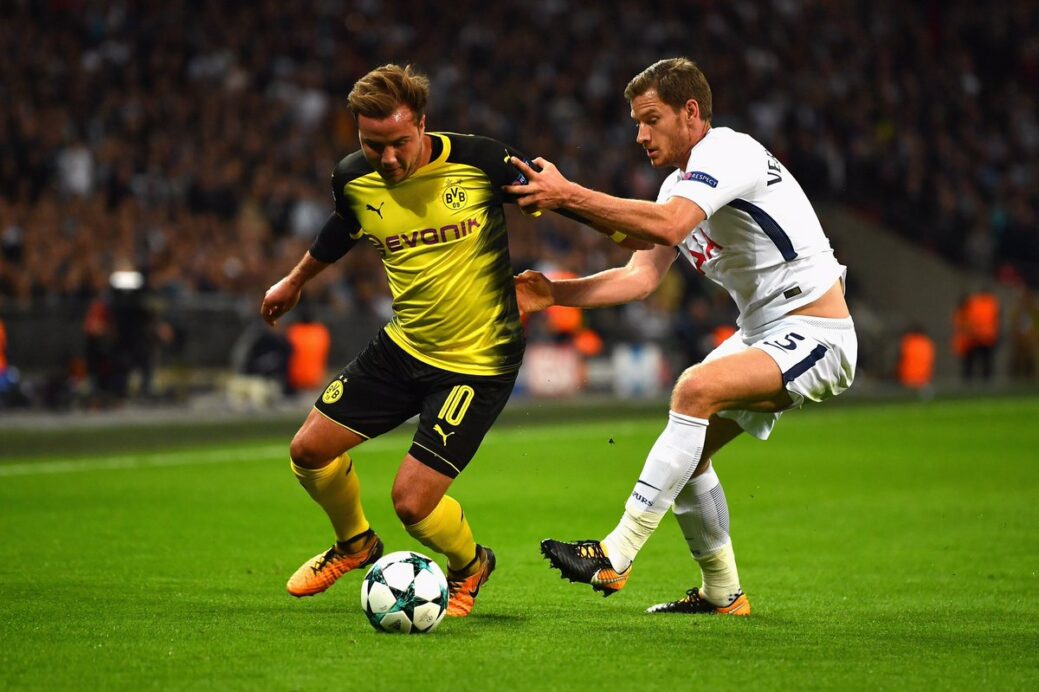 Matchday 5 of the UEFA Champions League got underway on Tuesday with several teams earning important wins in their quest for qualification into the knockout round.

Tottenham Hotspur fought their way back from a first-half deficit to down Borussia Dortmund 2-1 at Signal Iduna Park. Mauricio Pochettino’s side, who had guaranteed a spot into the next round in their last match, currently top Group H after tonight’s win.

Elsewhere, Manhester City used a late winner to down Feyenoord, while Sevilla claimed a point at home against Sevilla. RB Leipzig breezed past Monaco on the road, while Besiktas guaranteed a spot in the knockout round with a draw versus Porto.

Following a North London Derby defeat over the weekend, Tottenham used a pair of second-half goals to complete the comeback at Signal Iduna Park. Harry Kane’s right-footed finish after 49 minutes drew Spurs level after Pierre-Emerick Aubameyang opened the scoring for Dortmund in the first-half. Son Heung-Min netted the winner in the 76th-minute, finishing off Dele Alli’s assist for his third goal of the season. Dortmund was held to three shots on goal, ultimately losing their fourth match out of their last five fixtures. Dortmund sit in third place on two points, and look destined for the UEFA Europa League following the loss.

It was a tale of two halves at the Ramon Sanchez Pizjuan as Sevilla and Liverpool shared the points. Liverpool led 3-0 at halftime thanks to a first-half brace from Roberto Firmino and a solo goal by Sadio Mane. Firmino’s left-footed finish opened the scoring after two minutes, before Mane headed in Liverpool’s second. The Brazilian doubled his tally from close-range in the 30th-minute. Wissam Ben Yedder headed Sevilla’s first goal in after 51 minutes, making the score 3-1. The forward’s penalty kick goal at the hour mark continued the fight back from Sevilla, who claimed a point in stoppage time. Guido Pizarro’s first goal of the competition salvaged a point for Eduardo Berizzo’s team, who sit in second place in Group E. Liverpool are a point better in top spot.