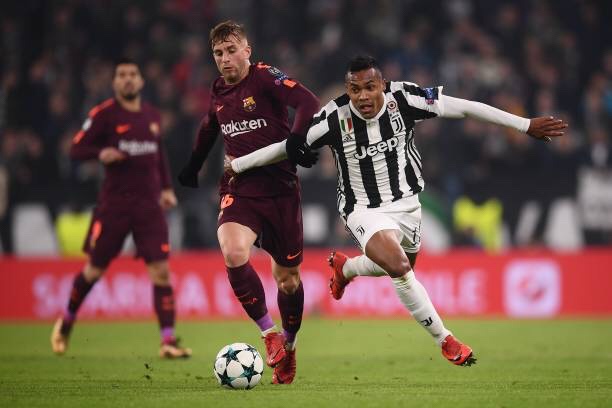 Matchday 5 of the UEFA Champions League concluded on Wednesday as 16 teams were in action across Europe.

The top fixture featured Juventus welcoming Barcelona to Turin as both looked to remain in the hunt for the top spot in Group D. Barcelona had defeated Juve 3-0 earlier in this competition, and the Old Lady was looking for revenge against the Catalan side.

Elsewhere, Atletico Madrid welcome AS Roma to town, while Manchester United faced a trip to Basel. Celtic faced off with PSG at the Parc Des Princes, while Bayern Munich faced Belgium opposition.

In the top showdown of the afternoon, Juventus held Barcelona to a 0-0 draw at home. The visitors dominated possession but was held to one shot on goal in the match. The best opportunity came in the first-half as Andres Iniesta’s cross deflected off the right post. Marc-Andre ter Stegen made three saves in the clean sheet which guarantees Barcelona top spot in Group D. Juventus remains in second place with eight points.

Atletico Madrid kept their hopes of making the knockout stage alive after a 2-0 home win over Roma. Diego Simeone’s side used a pair of second-half goals to down their Italian visitors. Antoine Griezmann’s opener for Atletico came after 69 minutes as the Frenchman slotted home with a left-footed effort. Kevin Gameiro doubled the hosts lead in the 85th-minute as he slotted home Griezmann’s through ball past Alisson. Roma was held to one shot on goal, suffering their first defeat since Oct. 14th. Atletico are in third with six points, while Roma are in second with eight.