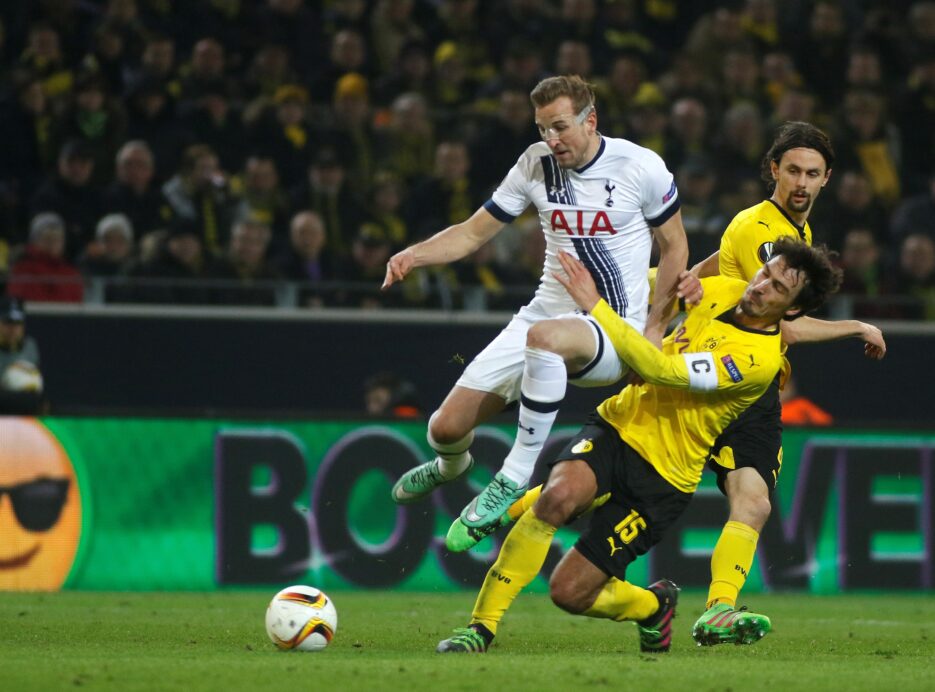 The UEFA Champions League returns this week with several teams looking to claim a spot in the tournament’s knockout round.

A pair of EPL sides face tough tasks on the road, starting with Tottenham’s visit to Borussia Dortmund. Spurs downed Dortmund, 3-1, at Wembley back in September, and will look to do the same this time around during the trip to Germany.

Elsewhere, Sevilla welcomes Liverpool to town after the sides played out a 2-2 draw back in September. Also, Manchester City hosts Feyenoord at the Etihad, while Real Madrid hits the road for a fixture against Apoel Nicosia.

Injuries of Note: Wingback Danny Rose returns to the Tottenham squad after missing out on the North London defeat at Arsenal over the weekend. Winger Erik Lamela is ineligible for Spurs, while both Toby Alderweireld and Victor Wanyama are sidelined. Christian Pulisic is likely to miss out for Dortmund with a muscle complaint, while defenders Sokratis and Omer Toprak are doubtful with rib and knee injuries respectively.

Key to the Game: Dortmund has struggled lately, and will need a positive result to hopefully turn things around. The key will be for the hosts to limit the wingplay by Spurs, who will look to get several balls into the box for Harry Kane.

Player to Watch: Harry Kane has five goals for Spurs in the competition, and is coming off a quiet performance over the weekend. Look for the England international to bounce back against a struggling Dortmund defense.

Quote: “Auba is still a great guy. He will be back to normal on Tuesday, but he has no special rights – you have seen that again,” said Dortmund chief executive Hans-Joachim Watzke.

Injuries of Note: Adam Lallana returns to the Liverpool squad after recovering from a thigh injury. However, defenderJoel Matip will miss out for the Reds after sitting out the weekend win over Southampton. Sevilla comes into the match with a fully healthy squad.

Key to the Game: These sides played out a 2-2 draw earlier in the competition, as Sevilla fought back for a point after seeing a lead slip. Sevilla will need to use the energy of being at home to dominate the Reds from the get-go.

Player to Watch: Egyptian international Mohamed Salah has been huge for Jurgen Klopp’s men this season, scoring 14 goals across all competitions. Salah has been able to add another dynamic element for Liverpool’s attack this season, and will be a major factor offensively on the road.