USWNT held to a draw against Canada 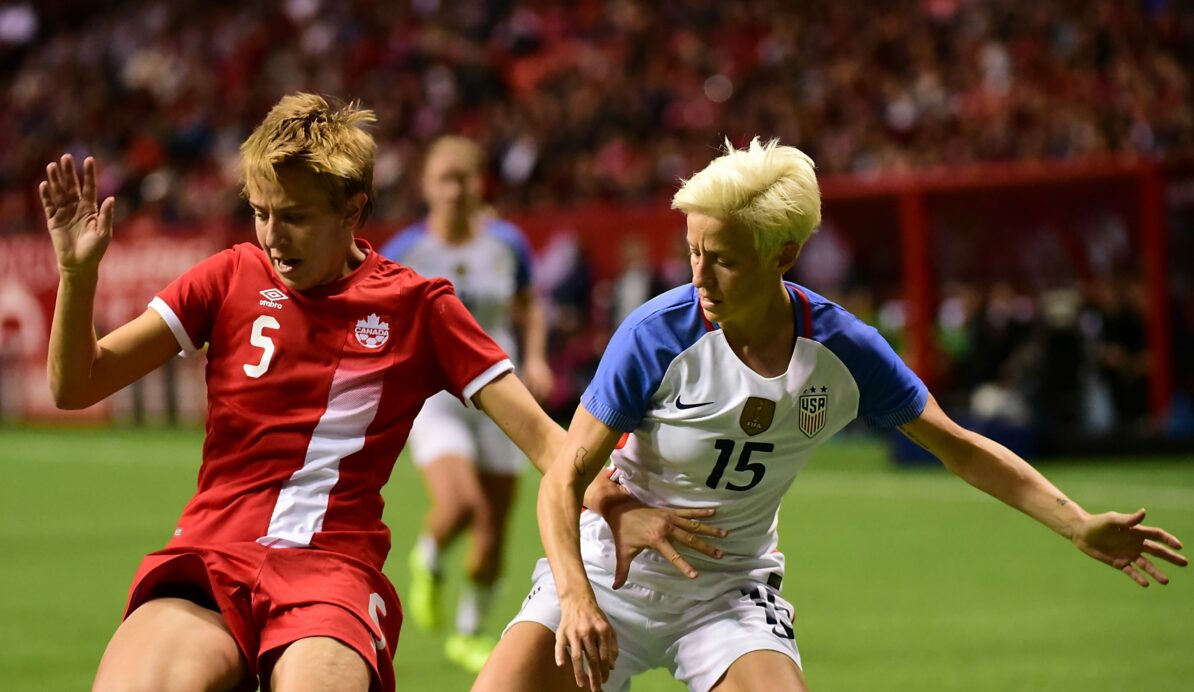 The U.S. Women’s National Team was held to a draw against Canada in an entertaining affair at BC Place that ended 1-1.

Alex Morgan continued on her scoring run, tallying her team’s lone goal in the 31st minute. The forward received the ball from Casey Short with her head at the edge of the penalty area and then proceeded to get away from a huddle of defenders to score from close range for the game’s first goal.

While the score favored the U.S., the first half was dominated by Canada, who fielded an attack-minded side with a healthy mix of veterans and talented young players. They took the game to the world champions with a press that easily got through the defense.

In the second half, the home side was able to add a goal to their efforts, courtesy of Adriana Leon in the 57th minute. Captain Christine Sinclair was able to find Leon in a messy penalty area, and the midfielder managed to score from close range.

The battle intensified from that point, when U.S. head coach Jill Ellis elected to put in attacking options Carli Lloyd and Andi Sullivan following Canada’s equalizer. Regardless, the U.S. were still chasing the game, though both sides managed to find a close opportunity or two to record a winner.

In the end, another goal was not to be found, and the rivals finished with a goal apiece. The result means the U.S. has not lost in their last seven matches, and continues their unbeaten run over Canada, with the Canadians’ last victory coming in 2001. The two sides meet again on Sunday at Avaya Stadium.