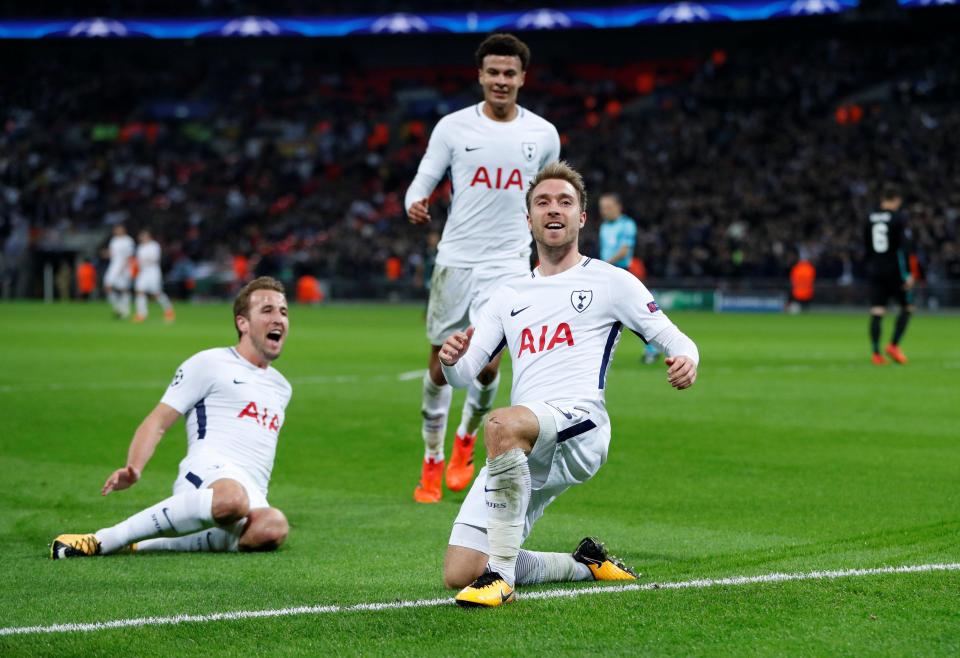 Matchday 4 of the UEFA Champions League concluded on Wednesday with some shocking results throughout Europe. The shock of the day came from Wembley as Tottenham Hotspur breezed past Real Madrid in front of over 83,000 fans.

Elsewhere, Manhester City brushed aside Napoli to book their place into the next round, while Liverpool shut out Maribor. Sevilla handed Spartak Moscow a loss at home, while FC Porto downed RB Leipzig.

Mauricio Pochettino’s men stamped their place into the knockout round, after a convincing 3-1 win at home. Dele Alli netted a brace in the win, while Christian Eriksen delivered the final blow. Alli opened the scoring in the 27th-minute from close range, before doubling his tally before the hour mark. It was the England international’s second goal of the competition. Eriksen extended the lead to 3-0 in the 65th-minute, finishing a Tottenham fast break past Kiko Casilla. Cristiano Ronaldo pulled one back for Zinedine Zidane’s side, but that was the closest the visitors would get. Spurs jump to first in Group H, while Madrid sit in second on seven points.

Manchester City continued their dominant run in all competitions, defeating Napoli 4-2 at the San Paolo. Lorenzo Insigne opened the scoring for Napoli in the 21st-minute from a difficult angle. Nicolas Otamendi equalized for the Citizens in the 34th-minute following heading home from a corner kick. John Stones headed Manchester City in front in the 48th-minute froma header of his own. Jorginho drew Napoli level from the penalty spot after the hour mark, before Sergio Aguero put Pep Guardiola’s men back in front. Raheem Sterling capped off the scoring in stoppage time, slotting home from a fast break. Manchester City remains unbeaten, while Napoli drop to third place.