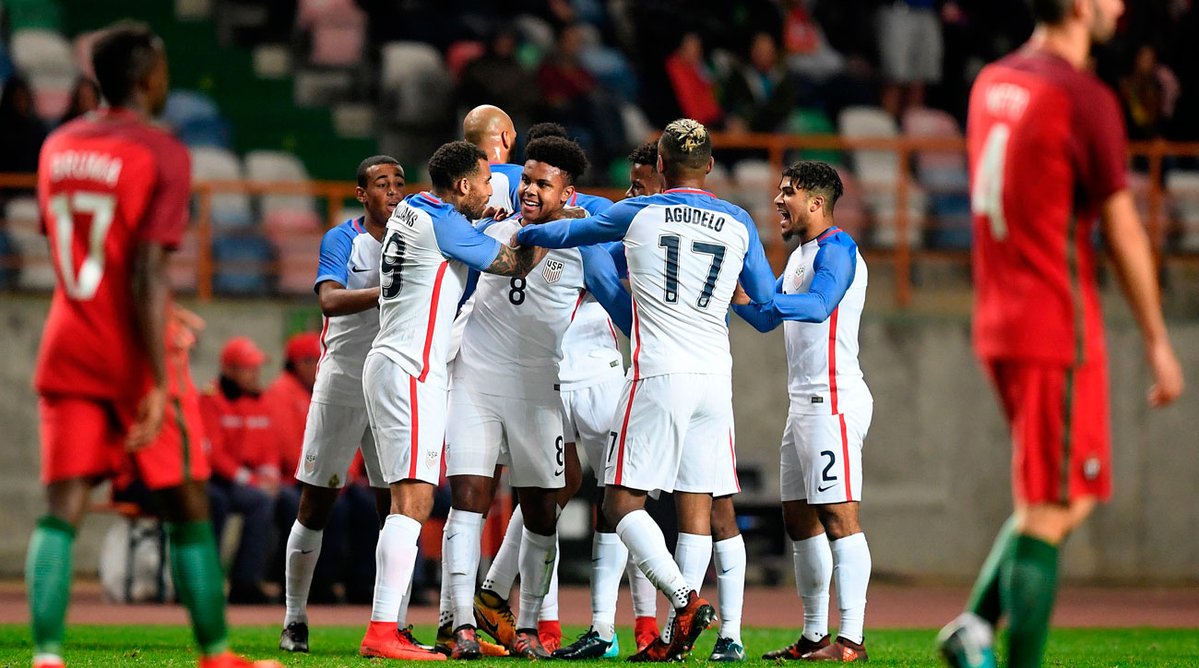 The U.S. Men’s National Team’s young guns got their first experience of senior action on Tuesday and it was one of the team’s youngest players that provided a goal in a solid performance in Portugal.

Weston McKennie scored a first half goal from the USMNT, but an Ethan Horvath blunder saw Portugal come back and earn a 1-1 draw at the Estádio Dr. Magalhaes Pessoa.

Following a back-and-forth start, the U.S. broke through first by way of McKennie. The young midfielder latched on to a pass from C.J. Sapong and drove at the Portugal defense. After beating his defender, McKennie fired a shot past Beto on the near post, giving the USMNT a 1-0 lead.

That lead lasted just 10 minutes before a Horvath howler handed Portugal an equalizer. A cross in from Vitorino Antunes was mishandled by the USMNT goalkeeper in the 31st minute as the ball trickled through Horvath’s legs and in to level the score.

The U.S. turned on the pressure in the second half, creating several early chances. Tyler Adams forced a diving save from Beto just moments before McKennie saw his attempt smash off the crossbar. In the 72nd minute, Cameron Carter-Vickers nearly finished from close range but was taken out by Beto.

Portugal created their own chances midway through the second half as Gonçalo Paciência smashed a shot off the crossbar. Hamid was forced into a save in the 77th minute, pushing an Antunes shot into the air before collecting the rebound.

The U.S. returns to action in January to kickstart the year with a match against Bosnia & Herzegovina.