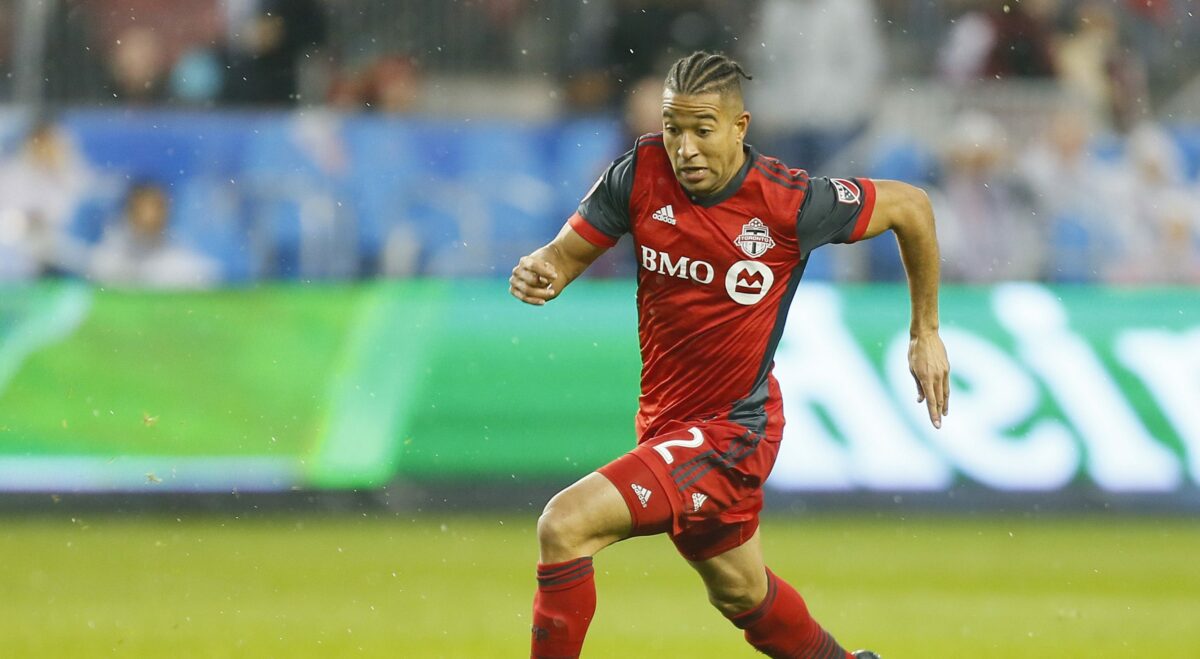 Justin Morrow’s big moment in the 2016 MLS Cup went horribly wrong. As all eyes were fixed on him in the sixth round of penalty kicks, Morrow looked up, fired, and watched his shot clang off the crossbar. Less than a minute later, Roman Torres stepped up and Seattle Sounders were MLS Cup champions.

Now, almost a year to the day from one of Morrow’s worst moments, he gets the very thing he’s wanted most since his walk back from the penalty spot: redemption.

“I feel relaxed more than last year,” Morrow said on Friday. “It was the first time going to MLS Cup for me personally. It’s a big deal to get here, but to be able to get a second chance in the same environment, same stadium. We’ll know the routine. It has me feeling more relaxed.

“It’s a big chance. I talk about second chances and that doesn’t come around so much for athletes or in general. We’re looking forward to a second chance and we’re going to try to capitalize on it.”

Morrow’s way of capitalizing on that chance probably won’t come from a penalty kick, although it very well could go that far yet again during Saturday’s match. Ideally, though, Morrow will do his work through the 120 minutes while building on a Best XI-caliber regular season.

In the 2016 finale, Morrow’s role as a wingback saw him push forward while focusing primarily on the attacking end. He was certainly solid defensively, with two tackles, three clearances and three interceptions. But, by and large, Morrow’s job was to create space out wide, provide width and stretch out a Sounders defense that was content to absorb pressure down the middle.

On Saturday, Morrow expects more defensive duties. The return of Clint Dempsey gives TFC another player to watch. Gustav Svensson and Victor Rodriguez add even more weapons. Knowing that, Morrow believes the Sounders will impose their will a bit, making for what could, in theory, be a more back-and-forth game.

Morrow might just be the key to TFC imposing their will. On Friday, Sounders midfielder Cristian Roldan says the team’s primary focus will be on clogging the middle of the field and strangling Jozy Altodire, Sebastian Giovinco, Victor Rodriguez and Michael Bradley out of the game. That should give Morrow room to operate down the left.

“Justin’s emergence over the last couple of years has been because he’s been more and more aggressive on the attacking side,” TFC boss Greg Vanney said. “He’s always been a competent, solid defender, but the more aggressive he’s gotten on the attacking side, the more problems he’s created. He takes advantage of what our guys up front and the guys on the right side are able to do.

“He finds his way into the box. He’s very difficult to account for as a left wingback that’s arriving into the box when you’re dealing with everything else. For him, it’s to remain aggressive and keep doing the things he’s doing. It doesn’t change just because it’s a final. We want to see Justin do all of the things he’s been doing this year on the big stage.”

Morrow has been performing all year long. He was an MLS Best XI selection and is widely regarded as one of the league’s most dangerous fullbacks. He made his U.S. Men’s National Team return over the summer while claiming a Gold Cup crown. It’s probably been the best campaign of Morrow’s career, and the only thing that would make it better is an MLS Cup.

“We’re excited. We’ve gone through so much to get here,” Morrow said. “We said from January that this is where we want to be. It’s taken a long time to get here and it’s been a long eight days. We’re just excited.”