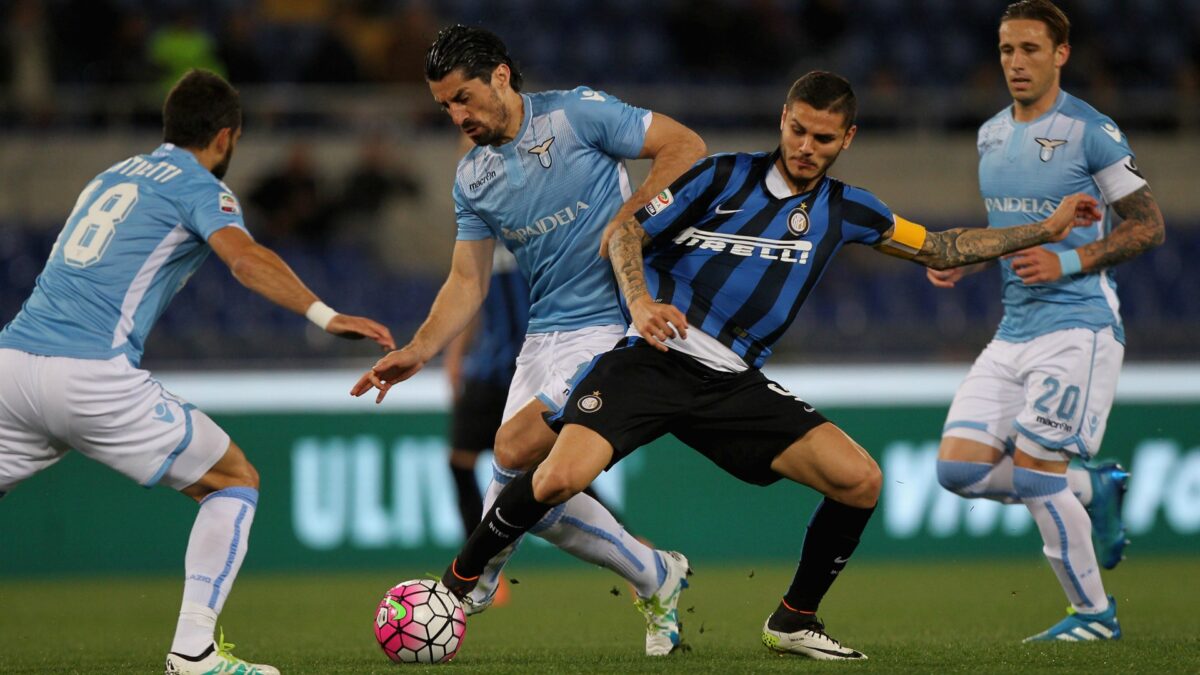 2017 may be quickly coming to an end, but that does not mean the domestic action will take a break. Europe will see two of their biggest leagues continue their rapid schedules this weekend, with the must-watch match coming from Serie A.

Inter Milan will look to shake off a Coppa Italia exit as they host Lazio at the San Siro on Saturday. The hosts have hit a rough patch of fixtures, failing to taste victory in their last five matches across all competitions. Star striker Mauro Icardi leads the team with 17 goals this season but has failed to score in his last two appearances.

Lazio, currently four points back of Inter in the table, are unbeaten in their last four matches. The visitors will look to Italian international Ciro Immobile who has 16 league goals in 16 appearances this season.

Here’s a closer look at all of this weekend’s European fixtures:

Saturday’s late match comes from the Theater of Dreams as Manchester United play host to Southampton.

Jose Mourinho’s men are fading fast in the title race, currently sitting 15 points back of league leaders, Manchester City. The Red Devils have drawn their last two matches, and will look to get back to winning ways. Romelu Lukaku has 10 goals in league play, while Jesse Lingard is coming off a brace midweek. Southampton are winless in seven straight, with four of those being defeats. With Charlie Austin suspended, Dusan Tadic will be the player to watch for the Saints.

Manchester City will look to continue their amazing run going, facing off with Crystal Palace in South London on Sunday. Pep Guardiola’s team have not lost in 20 league matches this season, and show no signs of letting up. Raheem Sterling leads the Citizens with 13 goals, including four in his last three appearances.

Palace are on a good run of form, only suffering defeat once in their last nine matches. Ivorian playmaker Wilfried Zaha has four goals, and will look to pester a backline that has stubborn most of the season.

Round 19 in Italy’s top-flight kicks off on Friday as league leaders Napoli travel to Crotone. Maurizio Sarri’s men are winners of their last three matches, which has seen them remain in first place. Dries Mertens has 10 goals this season, while Jose Callejon has five.

Crotone were drubbed last weekend by Lazio and will look to bounce back at home, where they have earned 11 of their 15 points this season. Croatian international Ante Budimir leads the hosts with four goals.

Glasgow will be bouncing on Saturday as Celtic faces off with Rangers in a battle of first vs. third. Brendan Rodgers’ side have only lost once this season in league play, a 4-0 road loss at Hearts back on December 17. Midfield playmakers Scott Sinclair and James Forrest have combined for 15 league goals for the Hoops this season.

Rangers bounced back midweek, defeating Motherwell 2-0 at Ibrox Stadium. They are looking for their first Old Firm league win since a 3-2 triumph back in March 2012. Alfredo Morelos has been a terrific signing for Rangers, leading the team with 10 goals so far in 2017.