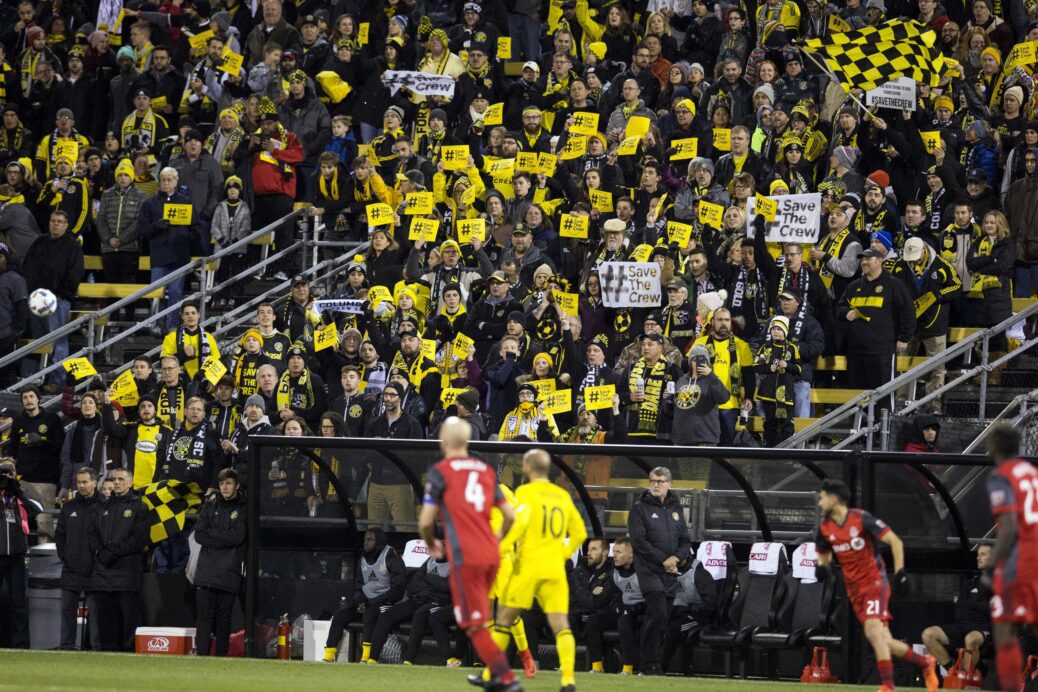 Major League Soccer commissioner Don Garber struck a match and added more fuel to the fire in Columbus, a blaze that could burn 10,000 Mapfre Stadium scoreboards and still rage on for days.

During his State of the League address on Friday in Toronto, Garber made it clear that the failings of Columbus are the main reason why Anthony Precourt has looked at Austin as a potential relocation destination for the Columbus Crew.

The troubles of Columbus have been in the spotlight over the last few months, but they’ve lingered for close to a decade in the eyes of the commissioner.

“Way before Anthony Precourt owned the team in 2008, the Hunt Sports Group had owned multiple teams as part of the agreement we had with Phil Anschutz and the Hunt family to save MLS was a commitment as they were investing in all of those teams to sell those teams so we could get down to one team, one owner,” Garber said. “As part of the process in 2008, they had been trying to find local owners, by the way they hired an Ohio-based investment bank, graduates of Ohio State University, with the sole focus of finding a local owner. There was not any success to that whatsoever. There was a negotiation with one who made an offer for the team that valued it so low that it would be inconceivable that we would’ve approved the sale of the team.”

“When there was no success in local sales process, the Hunts then hired a nationally based sports investment banker and that’s when we found Anthony Precourt,” Garber said. “This is not new. Anthony had reached out to the community to see if they could support for their commercial partners, jersey partner and stadium partner, it’s the lowest in Major League Soccer and that was at a point where the city was trying to help so we are where we are not as a surprise to any of us and frankly to the city. It’s a surprise to the fans and I understand that.”

Garber noted the same issues that have plagued the Crew currently have reared their heads for most of the club’s existence.

“Those issues have been going on almost since the beginning,” Garber said. “The first year was remarkable Lamar Hunt went in and said I’ll think of Columbus as an inaugural team. You need to have a local ticket campaign and I think they had 10,,000 season tickets. Ever since then when the stadium was built, it took a couple years for that to settle in, We’ve been struggling to resonate in that market.”

The commissioner even went as far to sat Precourt himself has done a good job while in charge of the Crew.

“We don’t think it’s an issue with the ownership,” Garber said. “Anthony’s done a very good job, he’s invested a lot of money, he’s not getting enough credit for that.”

Throughout the press conference that did not portray Columbus in a good light whatsoever, whether it was on purpose to support the intentions of Precourt or just the commissioner’s views himself. Market metrics, including ticket sales, sponsorships and more have not been there for the Crew.

What made Friday’s comments even more peculiar was the praise Garber threw out about expansion hopeful FC Cincinnati, who reside a few hours south of Columbus.

“You have a team down the road in Cincinnati that’s averaging 20,000 fans a  game, the presentation that Carl Lindner and Jeff Berding made just the other day, it’s just hard to imagine they are separated by 150 miles. It’s just incredible the difference between those two and (Cincinnati) is playing in the lower division,” Garber said.

Hope is not completely lost for the Crew, as Garber said there’s still a chance something could get done, but no one is willing to cooperate just yet.

“What has happened of late is we were told they would not continue discussions with Anthony if he was to pursue this parallel path,” Garber said, “I assume that will change because I think we need to have that debate. There’s been talk about owners coming together. Anthony’s not selling the team. There’s talk about stadium opportunities, which I think are intriguing. So we need to all get back together and see if there’s an opportunity to determine two possibilities.”