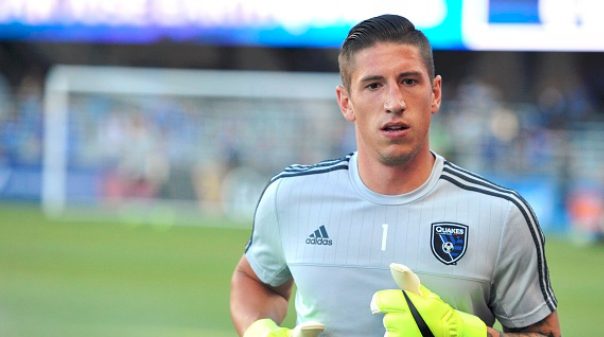 The LA Galaxy appear to have an answer at goalkeeper.

The Galaxy acquired the rights to goalkeeper David Bingham from the San Jose Earthquakes on Monday.

Bingham isn’t signed with the Galaxy yet, but the club now has the opportunity to discuss terms without any other contenders in MLS for the out-of-contract American.

Depending on his performance in 2018 if he signs with the Galaxy, the Earthquakes could receive an additional $50,000 in general allocation money.

The Galaxy are hoping they can come to a deal with Bingham to solve their problem in the net after letting go of all the netminders on their 2017 roster.

After spending the last five seasons with the New York Cosmos, Jimmy Maurer is finally joining an MLS club.

FC Dallas came to terms with the 29-year-old, who won two championships in the NASL during his time with the Cosmos, on Monday.

The Georgia native was signed to a short-term contract with Dallas in 2017, serving as the backup in their July 22nd win over the Montreal Impact, but he returned to the Cosmos immediately after.

Maurer will look to add some veteran leadership to the roster, and he’ll be paired with young American phenom Jesse Gonzalez.

Orlando City made a trio of moves on Monday, acquiring RJ Allen and Stefano Pinho while also re-signing Dillon Powers.

Allen was acquired from New York City FC in exchange for a third-round pick in the 2018 MLS Draft. The right back is expected to help bolster the Orlando defense that allowed 58 goals in 34 matches in 2017.

Pinho was the Golden Boot and Golden Ball winner in the NASL in 2017 for Miami FC. The 26-year-old forward found the back of the net on 17 occasions in 27 matches.

Powers, who came to the Lions from Colorado in July through a trade, re-signed with the club he featured for on six occasions for in 2017. The 2013 MLS Rookie of the Year has struggled to find consistent playing time in the last two seasons.

The New York Red Bulls added another academy product to their roster, signing forward Stefano Bonomo to an MLS contract.

The 24-year-old forward has played the last three seasons with New York Red Bulls II in the USL, where he scored 21 goals in 53 matches. Bonomo earned his first-team contract thanks to a terrific 2017 in which he netted 13 tallies.

The MLS combine will take place at Orlando City Stadium from January 11-17. The prospects will have three chances to put their talents on displays in game action before heading to Philadelphia for the MLS Draft on January 19.

Twenty-two players were invited to MLS’ Caribbean Combine that will take place in Fort Lauderdale, Florida from January 9-11.

The full list of prospects from mostly small island nations can be found here.